Introducing Internals, the all-encompassing vore mod! This mod is fully compatible with the latest version of Minecraft (1.19.2), regularly updated by the dev, and functions in singleplayer and multiplayer!

Main features of the mod include:

Thanks for taking the time to look at the mod! If you want to download it and join a small community dedicated to developing, testing, and playing with it, come check out our Discord and Minecraft server:
Discord Link

NOTE: If you have any suggestions for new features to add to the mod, we would love to hear them in the server! If they’re good enough, they’re almost guaranteed to be added. 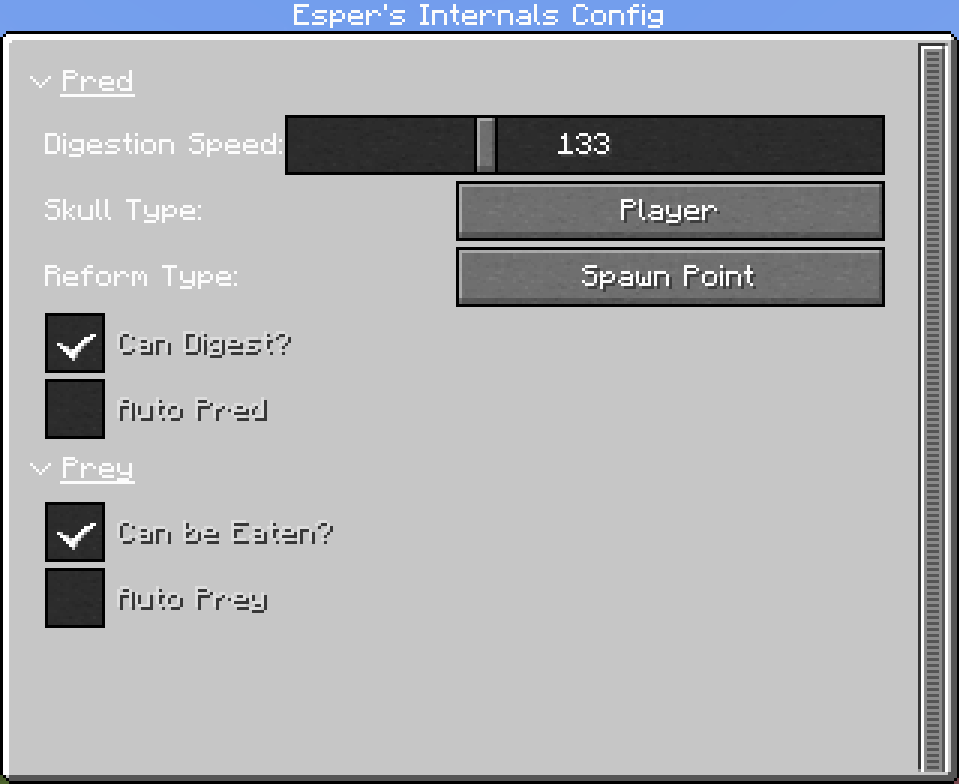 Could ya show some more images of the mod in action?

Im curious about how a lot of this stuff is gonna work. Like for example, the skulls? Could I, as a server owner turn that feature off server wide?

And also is something like selective digestion possible? where mobs get churned up but players dont? Or can it be even more speeific than that?

You show off a lot of features in this post but there isnt much in the way of a description of how the mod actually plays.

I’d like to see more general images of the mod being played as well. I don’t particularly like having to join a random discord just to check if I’ll be interested in something, or even trying it out.

and more cause im not allowed to send more than 2 images: