Is anyone else excited about the new saints row game?

You can download the saints row boss factory right now for free, to create a character before the game releases and import them after release, I tested it and I’d say I love the character creator, allowing you to make some characters that are pretty huge compared to most other games.

The only problems I have with it are the lack of clothing options and the lack of being able to change the thick/thinness of specific body parts, but for the most part I’m happy that there is a big AAA game coming out where you can play as a pretty huge person even without mods.

No.
Really wish they would’ve remade Saints Row 2 instead.

I tried it (Playstation version - PC may be better, but I can’t be bothered registering and being constantly spammed to buy the game). Wasn’t that impressed to be honest. You can create a fairly heavy man, but the largest female is significantly slimmer.

I guess it’s a (very small) step in the right direction though.

I will certainly give it a try, but it looks like you won’t be able to be as big as you could in 2.
2 had the Best Size customization and i think a better wardrobe than any other of the Saints row games.

Not really. It’s the same crap body scaler that was in 3 and 4. I don’t know why they changed to that. The options, body wise, in 2 were far superior.

2 also had custom clothing layering, so you could pick your bra, pick your shirt, then pick your jacket and leave the shirt and jacket open to reveal the bra, or whatever else, all this on a character that can range from being a massively ridiculous bodybuilder to being a straight-up SSBBW

Personally, I’m very excited for it. It has a better character creator than 99.9% of other games out there. I do wish there was a height slider though, and I’m hoping that the mods can really increase the upper limits of size too.

Good day
I come to share a few screenshots from Saints Row 2022: 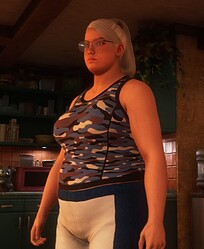 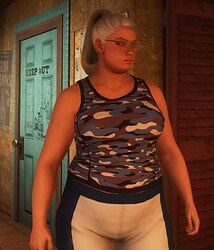 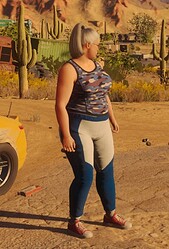 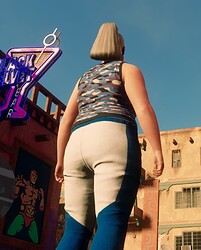 I think that the body size customization is pretty decent. Is it perfect? No. Personally I feel satisfied; I think my plussized waifu looks kinda OK

Yeah, it’s a shame how the new saints row seems to have stripped out a lot of what made it well saints row. In favor of some honestly generic and outdated game play systems and ideas. I mean I get to do heists… by sitting in the car waiting for the other saints to come back from the heist wow

. The character customization is robust but there are definitely elements of it that are lacking compared to older entries. The game looks good, but it doesn’t feel like there’s much there that gives it much of an identity anymore.

You defininitely made a great looking character! My attempts always come out a bit strange as I can never get the faces right.

Overall, I agree with your assessment. The character creator is decent (and honestly, better than 99% of character creators out there where you can’t go any heavier than stick thin). But it could use a lot of updates/mods.

Overall, I had my fun with it, but I can’t help thinking it could have been so much more.