Looking for help with Fallout 4 Coldsteelj

Hi, I’ve been trying to use Coldsteelj’s fallout 4 ssbbw mod. I asked for help on deviant but he doesn’t seem overly friendly.
I already had F4SE, downloaded latest looks, bodyslide, cbbe and MCM. Added 2 outfits from the recommended list, skipped the CBP physics. Downloaded the SSBBW file and copied its data folder to Steam<Steamapps<Common<Fallout4.
When I open bodyslide the only options it gives to model are clothes in the mod, nothing about a character body. But I kept with the directions, moved all sliders to 0, checked the morph box and batch build.
When I load in my character looks fine but as soon as I leave the house the neighbors look like blimps and once I get the pip boy and take the vault suit off my character fills the room.
I’ve deleted and redownloaded every mod and been using a backed up fallout data folder to avoid corruption but I’m lost. 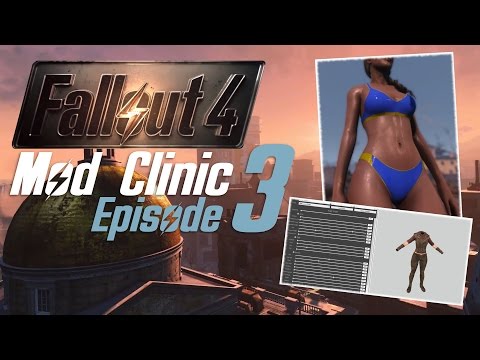 What I did was just install it to the Vortex manager from the .RAR archive. But yeah your issue is with the body slide.

Thank you for linking the video, it was a step in the right direction. Basically I downloaded everything but I never let cbbe run when I installed it so bodyslider never registered it and didn’t list it as an option. That plus a week of fighting the individual outfits to get rid of purple leggings and it’s better. A few outfits still have the default body and I’m disappointed that I can only use the 2pac outfits where I would’ve preferred the base game look but functionally it works.

Vore mod comes with vanilla armor modified to use these sliders. I think you can download those files separately from the mod.
Note that outfits with skirts or coats will clip a lot. FO4 has a really dumb physics system and there’s nothing you can do to fix it other than taking stuff from 2pac files.

can you make new clothes mod? I tried but ı cant .

It’s pretty easy assuming the outfit isn’t low poly. BodySlide and Outfit Studio let you do it through a mostly automated process though you’ll need to adjust some things afterwards.

Thanks but i tried many times and can you make a instruction video on a random clothes.

I have neither skills nor connection to make tutorial videos. Might be out there for non-fat stuff, which works the same way in practice.

Vtaw Summer Mini Dress - CBBE - BodySlide at Fallout 4 Nexus - Mods and community can anyone make this for mod? pls