(I edited this post to add some paragraphs, so don’t be surprised)
Hi! I’m so exited about my new project, i just want to share some progress with you.

The plot is about kitsune’s tribes, who is attacked by humans, and you have to win this deffensive war.
Both armies is ruled by valkiries-human females, who is basically is superhumans with superpowers, but their powers is can only be used in a battle situations. It’s culturally approved for valkiries to be fat, so your kitsunes will help them gain weight, which is way they (valkiries) level up. Valkiries will fight in glorious battles, and then go back to home, where kitsunes will care about them, and serve them a feasts.

The soldiers in this war is golems, who is basically magic robots, so game will have almost none of actual violence, and your favorite girls will not die!

Now on a gameplay

Basicaly, this is tactical strategy game, with battles simular to “Heroes of Might and Magic” or “King’s Bounty” games, but your heroes is fat girls, who gets fatter, as they get more power.

The Deckbuilder part is little different. Instead having stats and spells, your girls will have equipment cards, wich will represent their armor, clothing, weapons, potions etc. Mostly clothes. You will craft this cards before each battle, and give them to your heroes. This cards will then give bonuses and abilities to your army. This cards is main point of the game lewd-wise! They will look like ecchi-pictures, where fatties wear said clothing in entertaining poses! So in lewd perspective, they will represent body parts more than equipment. And you will get more card types, when you progress in the game.

Now about weight gaining. You will level-up your heroes directly and your cards indirectly. Heroes levels will works pretty basic, but stats will be different. They all will have “Tits”, “Bellies”, and “Asses”. It’s sounds little bit vulgare, but i can’t just name all the stats with words starting with “b”. So, if your girl reaches certain ammount of “Ass”, for example, some cards will upgrade. As card upgrades, it gets better bonuses, and change it’s picture, to represent weight gain. In other words, if character have a big butt, then her butt cards will be visibly fatter and more powerful!

There will be 3 types of cards, one for each stat, and they will be differnt.
Butts cards will mostly give you active abilities, that you will have to use manualy
Boobs cards will give passive effects to your golems,
And bellies is good all around, but not best at anything.

I recently finished art for the one of the first cards. This is all 3 tiers of power. I hope you like the artstyle. This is “Leather shoulderplate card”. Bronze, silver, and gold tiers. 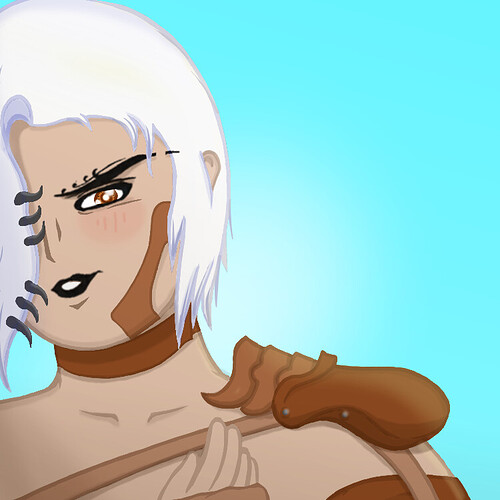 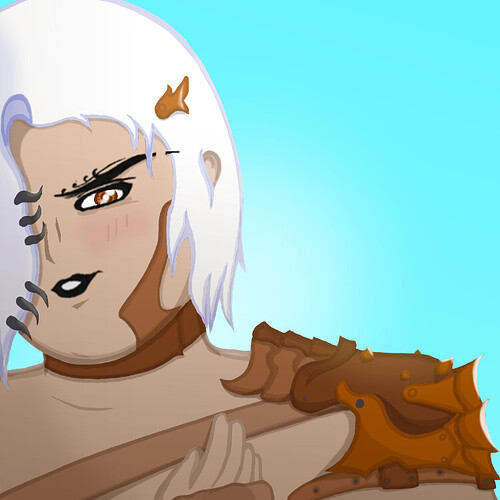 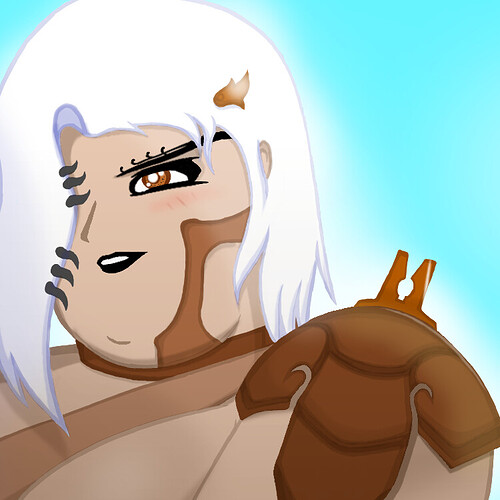 I will post about this game in my Twitter: https://twitter.com/LilTige17474721
And may be in DeviantArt: SmileOfWorlds User Profile | DeviantArt
I also will post news here! Thank you for your attention! Hope you like this project!
16 Likes
Mek February 24, 2021, 9:16pm #2

Sounds like it will be fun! cant wait to see how this goes!

Thank you! I think i will post more cards here in future, and share some more info about gameplay soon.

So, about battle sysem, as i promised.
I want it game to be little more fastpased, than other tactical strategies. I don’t like how long you need to move your units from one battle to another in games whith a lot of units. So, i’m gonna make fights semi-automatic. Your units will move and attack on their own, but you will be able make two nearby units to switch palces once per turn. So you will have to choose most important place in battlefield, where your managment is needed most. This will make game fast enough, let make you meaningful choises, and not let you play boring defennsive way. Units from both sides will die a lot, and it will be no way to save every single unit.

This is also a reason why all units will be golems. I don’t want players to fell bad for battle loses, so no real person will fight. But it will be really fun to see how golem destroy each other relentlessly.
Also it will help to focus your attention on your hero-girl. They will be on skreen pretty much for all battle, and may be thay will make some comment about how batlle goes on. They will be presented pretty much like VN characters.

Sounds cool, the concept and art look good. We could definitely use some more strategy games. I personally think it would be cooler if the heroes fought alongside the golems, or were at least close to the action. Hope to see more about this!

Thank you! I think i just explained it poorly.

I want to create expirience of cool batlle, and player will “see” heroes actively fight in those battles. Heroes will do cool stuff with their active abilities, like cast magic, or slash with giant blades, and shoot big guns. What i meant, is that golems and heroes will be two complitly separated things gameplay-wise.

Idea is to create contrast betwen important hero, and massive army of weak golems. I want hero to look cool and invincible. Heroes can hit golems, but golems can’t hit heroes. I belive it will make human characters to be more likeble.

In lewd games, there usally is only one character, who audience is interested in. But no story can go without conflict. And in this story, we can see our favorite character (one of them at a time) who acts in most drammatic situation imaginable, and proves herself cool and powerful. And it would be wierd to explayn to someone, how it will be so sexy and pleasing expiriense, but you know what i mean. Hope i sold it to you, lol

I just like cool and powerful fat woman and i want to make a game about them, i guess.