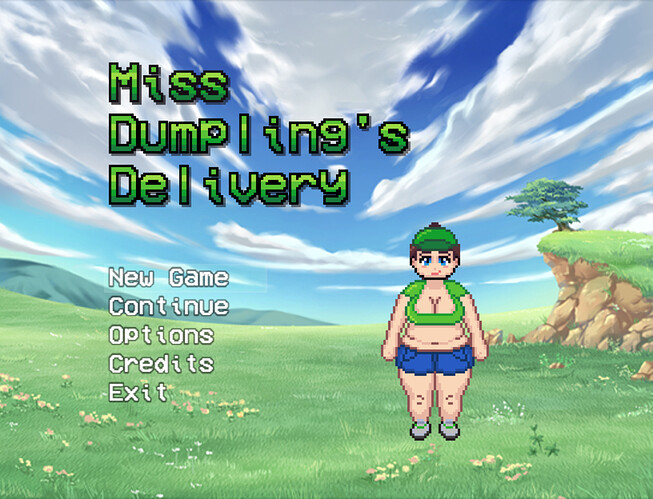 It’s a short game, where you are playing as a delivery girl working for a bakery. You have to deliver pastries to the customer, of course.

Game is made in RPG Maker, but it’s an action game. I hope you’ll like it!

The game looks fun and sprite animation are amazing, but unfortunately I am getting an error in level 3. Pushing F8 do nothing. 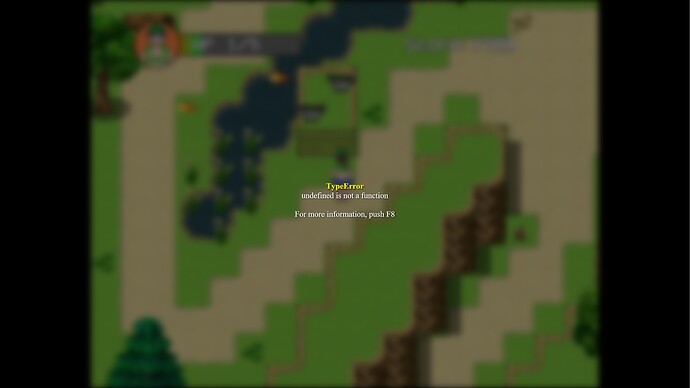 I got that error as well, seemed to happen if I tried loading a save near the boss fight but was fine if I loaded a save before that.

Was a fun game, had a unique way of using RPG Maker to do combat. The character art was very good and I enjoyed the HUD you made for the game. Only real complaint I have was how a lack of indication of when the raccoons would attack.

Yeah, I get that same error there as well.

Also, as I loaded the game the map still had these fire sprites displayed. They didn’t move or do damage, but they were on the first map.

I’ll check out what’s causing the bug, thanks for the info.

Just bumping to say that I updated the game and removed bugs mentioned above.

I love this! Simple, with superb sprites! I hope you manage to win something, and if you make any new games, I’ll be sure to come check them out

Nice and simple game, although I was a bit disappointed that there wasn’t any reward for getting everything. 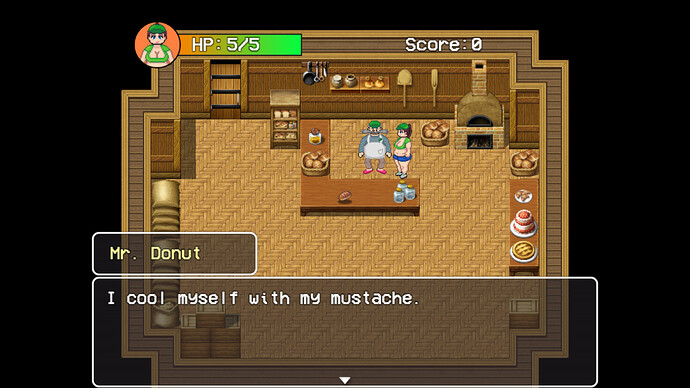 I planned to add some reward, but the spriting of main character and “action battle system” were much more time consuming then I initially thought

It’s always interesting to see RPG Maker used for something other than what it was designed for. This was surprisingly well made overall, but a more responsive attack would’ve gone a long way in improving it.

This game was super cute. I only wished to see some weight gain, not just the mention at the end. Then again, it was well worded, so it didn’t take away much.

And very well put together, thank you for sharing your work, Grip!

Is it possible to use any of the items you pick up to heal, or is it just five hits and you’re out?

Wine heals you for one point when you pick it up. It looks like the rest are just collectables.

Bread heals you if you pick up enough of them

When I originally saw this, I thought it was going to be a standard RPG style game but was surprised to find a fun little arcade style game. The sprite work is really well done with smooth animations and the dialog is not half bad either with me still laughing about how the racoons got bazookas. Wish there was more done with the fetish though as it is just a standard grab X and fight to get to Y game with some fat, but nicely done, characters.

There were a number of things about this game I enjoyed. I enjoyed the overall retro feel of the game, and I’m not talking about the graphics, but rather the overall presentation. The actual game loop felt solid, though I will say the hitboxes were a bit screwy. What I thought was extremely underwhelming though was the actual fetish element. Unless I was missing some core component, the only fetish element seemed to be at the end. More definitely could have been done here, and the rest of the game, while well made, does not outweigh what I feel is something of a critical omission.

It was an interesting direction for an RPG maker game to use dodging and real time attacks instead of turn based side view fighting mechanics. It even had a bossfight, which while a little easy to cheese was still really cool. The art was good, the areas interestingly designed. I would have liked some weight gain though. it would have made for an interesting challenge to dodge rockets as you got bigger. I also kind of got hints that it was going to happen in dialogue at the beginning, so to not have that expectation met was a bummer. That’s a nitpick though. The game was solid and interesting!