Warning-NSFW, not optional NSFW, unavoidable NSFW so don’t play while at work unless you work from home

The Dawn Complex is a choose your own adventure linear twine game™ where you must make your way to the end of a large subterranean temple supposedly built by the gods and supposedly containing either a near infinite supply of food to feed the people of your village forever or enough valuables to give everyone their own palace made of pure gold. while you are inside the temple will effect your mind, body and the fate of yourself, your home village, and the world choose carefully.

There is no fail condition so don’t worry too much about messing up, however you might get an ending you don’t like.

btw if you didn’t read tags it is furry, so expect more fur and scales than skin

Harlowe was a mistake

to little male wg stuff out there so this is exciting

update: I got the flu so delays already yay

so I have added a save system but it doesn’t appear to be working. so when the first build is released you’ll have the option to save but it won’t do anything. I might fix it beforehand but I don’t know how to do that

I’ve decide to just remove saves because i can’t get them to work in a non intrusive way and I also don’t know how sugarcube works, maybe snowman is also beginner friendly but I’ll just stick with Harlowe for now

instead of saves I’ll name the chapter endings and when a new one comes out you’ll be able to start at each chapter from the ending you got, (or the one you didn’t get I don’t care I’m not your dad)

just to get some peoples preferences, since some routs will contain more than just WG do you want me to tag decisions with what themes are included so you don’t have to read something you don’t like or would you prefer to be surprised?

I’ve reworked parts of chapter 1 so now the only required kinks are weight gain and/or muscle growth. i realized that at certain points even if you wanted to go purely weight gain or muscle growth you’d be forced to either do the other or hyper.

spoilers because I’m taking about what the story almost was

originally I planned on having the complex work like the mcguffin in the stalker movie where based on the variables up to the ending would be based off those. so it wouldn’t matter if you wanted or needed food if it is clear you value money more, but I decided to step away from that approach because it would cause too many problems for not only how I’m making that game but also because I have had a much better idea of how to implement the gods and the powers of the complex into the story. I don’t want to say what it is but I’m guessing a few people will get it

for the sake of me being able to understand the story routes each chapter is going to be a separate game because I’m halfway through chapter 1 and not only does the story thumbnail look like pink static but also there are so many passages that by the time I’m finished chapter 1 the screen is going to be almost full. I’ll probably find someway to work around that and have it not screw with you too much.

another massive delay, I’ve just been laid off and am in the process of moving to another city so not in the best situation right now

that’s quite alright, take your time! i hope things get better for you in the meantime

I’m still working on this inconsistently, I honestly wouldn’t hold your breath on chapter 1 getting released. my estimation is February or March. I have mostly finished the move by that I mean I’m now living in the new place but still need to drive 12 hours a day for a few more days to actually get all of my stuff to Toronto. 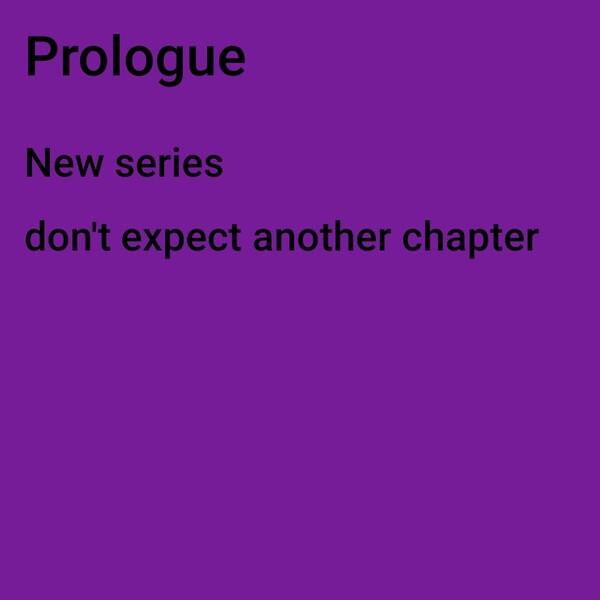 I write things occasionally. that's all I can think of. . 24, They/Them, Gay AF for men of all shapes and sizes