So, if you don’t know what Noita is, check it here I highly recommend it: Noita on Steam
With the fairly simple pixel art, and the presence of magic, I think a mod focusing on weight gain, inflation, or expansion in general. Any thoughts? I’m willing to do art and work with (and compensate, obviously) someone with programming knowhow to put this together.

there have been some discussion about a mod for it here: Noita mod?
I’m not sure if anyone is working on one right now but you can see if there is

Also, once again. A first post literally asking nobody in particular to make a mod for them.

To be fair, I have said that I am willing to compensate for someone’s time.

I at least appeciate the consideration. Though I do wonder if anyone here has the experience of modding games like Noita, the last thread made it seem that documentation is really sparse.

Its important for ideas to be brought up. Unless there is a specific tag for ideas that one can not act on completely, the idea tag will be the one that is used for it.

Well some ideas I did consider are

As a form to add more to this list above:

It’s not that much i can do…

Was posting in the other Noita mod thread but this one seems better organized. Slowly trying to learn how Noita modding works. Did a really simple sprite edit mod based on some of the example mods just to see if I could get that to work and made a custom perk (that currently has no effect) just to see if I could get that working as well. Getting into the actually custom effects part is a bit more difficult so it will take a while to figure that out. 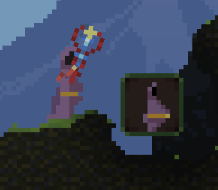 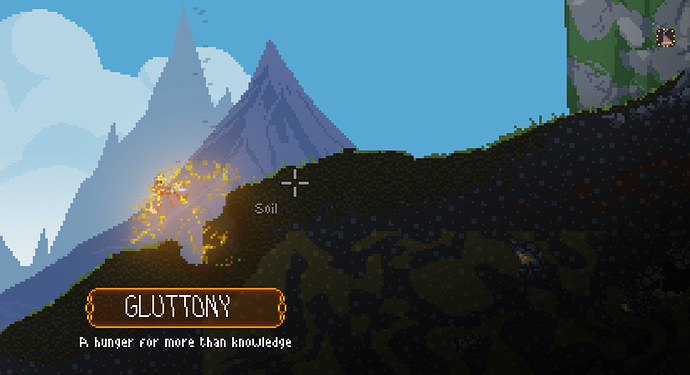 Oh that’s great, i hope this mod can get more traction.

I discovered that in the Noita Wiki has a page dedicated only for modding and how to do it, if anyone is intererested, go in: 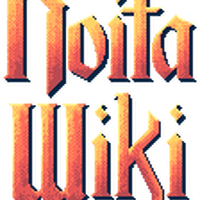 Notice: This page is written for aspiring modders. For installing mods, see the page How to install mods. Modding Noita is quite straightforward and fun, but can still hide many implementation details in itself. These pages hope to lower the barrier...

Yeah, I saw that page, however I have absolutely zero knowledge in programming and I don’t really have the time to learn. I might try it some time!

It’s okay, maybe it was my attempt to bring up more folks here in this thread

Those are some great ideas! Especially the drinking too much water, that’s such a good one that completely flew over my head. The rolling idea sounds interesting too!

The deal is how to animate the rolling part, i wish it also shows your waterlogged body rippling by the water (because of this water physics part).

That definitely wouldn’t be easy, either making the player a physical object while in rolling state could work or manually animating as actual movement. I don’t think there are really any objects in the game that have elastic properties, so doing something like that would be a challenge as well.
But having the player character rolling around and realistically rippling and bouncing on the environment would be seriously cool.

Maybe a potion of gas inflation which can be used to propel the player in the air until they run out?