Pleasure to meet you! Call me Cheat.

Hello! I’m Cheat, a coder that dabbles in the realms of modding Bethesda games and independent game development. Nice to meet you! I like hitting the gym, doing some boxing, playing a little music, and drawing. I used to do a lot of wrenching and tinkering on cars, but since the ol’ racecar got totaled, I haven’t had much opportunity to do that anymore.

Anyhow, as stated, I enjoy coding, and while I haven’t officially released any mods, I fully intend on getting something out someday. In college, I made this horrendous text-based game where you could create a creature that lived in a dungeon. It was nothing more than a glorified OOP test with a calorie system and a simple description generator test, all ran through the command console. In a far better state, I have a complete Starbound mod that restores the sweet-ass Uzis from before the Cheerful Giraffe update, but with procedural generation. I haven’t gotten around to uploading that anywhere.

As for WG-related content, I mostly explore weight gain through personal artwork and video game mods, like “WeightMorphs” + SAM Lite + CBBE for Skyrim SE. On the lighter-side of workload, I’ve made many un-uploaded refits for armors, like this: 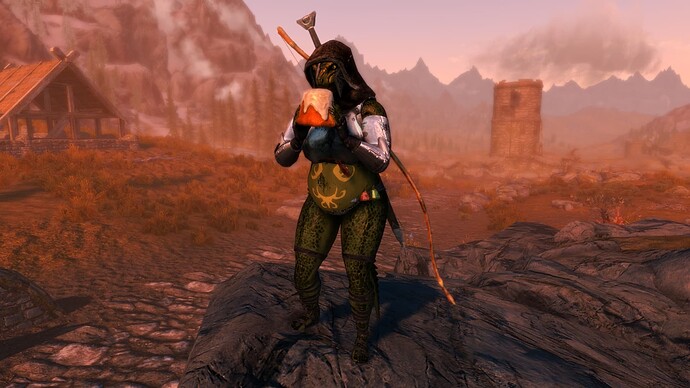 Maybe difficult to tell from the image, but my character there looks that way due to more modding and tinkering on my part. I modified the WeightMorphs mod to include new sliders. I also began addressing an issue with WeightMorphs + SAM for Skyrim LE where WM couldn’t update the textures and normal maps with morph changes.

Outside of modding, I’m currently building a very basic game in PICO-8. You’ll control a little critter that’ll eat smaller critters to grow, and avoid bigger ones. The goal’s to eat until you’re fat enough to smash the big guy causing you problems lol. Below is a screen shot of what I have: 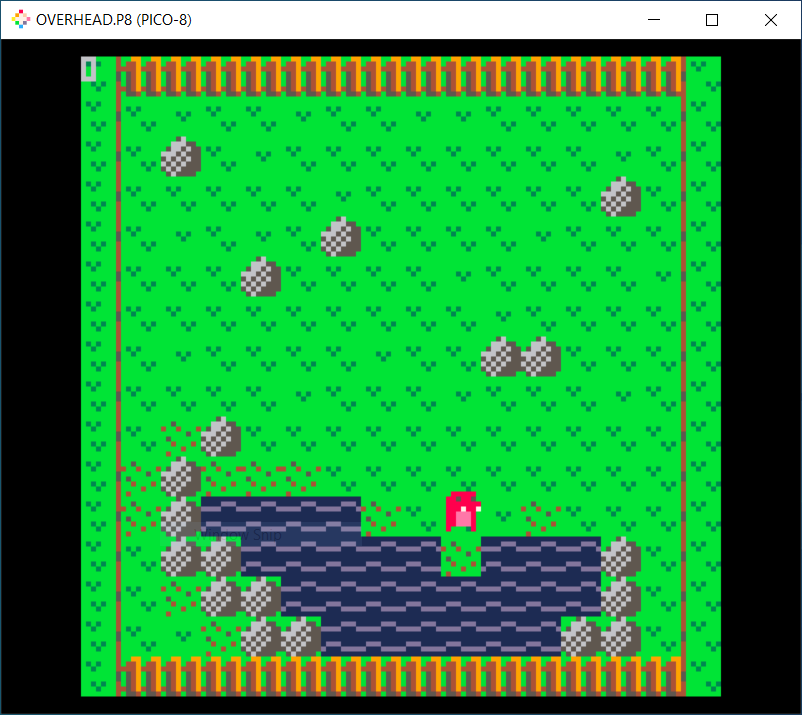 I learned how to handle collision and movement “from scratch” (versus using premade utilities in Unity) with a couple other little projects, and I’ve decided that this will be my first release once I figure out how my work schedule will play with my free time.

I plan on releasing at least one stand-alone WG-related mod or plugin for Skyrim or Fallout 4, finishing the aforementioned PICO-8 game, and getting to meet you all and hanging out here! Thanks for checking out my intro.

Welcome to the forum! We’re all glad to have you here, and I’m sure you’ll be able to meet many like-minded people

Nice to meet you and good luck with your mods/games!! The screenshots you posted look great!

As someone who can’t make mods, I rely heavily on CBBE and weightmorphs, and I don’t think I can say I could ever make something look as good as what you have here. If you ever release any of your mods I’m sure the community would adore them, speaking of the community, welcome! It’s always nice to see coders crop up, I’m too idiotic to ever be able to learn anything like that but the people like you really make the projects area of this forum go round.

It’s good to have you here! As someone who frequently plays Skyrim, I am really looking forward to seeing your future projects and I hope you have the best of luck on them!

Enjoy your time and hopefully you will be able to release some of your works on this forum.

Thanks for the warm welcomes! Definitely think I’ll like it here

First love the name second it nice to have some more people modding game and last good luck on that game and collage.

Welcome to this part of the web.