I’m taking this as more of discussion of well known games that have well-established weird parts or just bits of games that have been swept under the rug. One example of the former is the actual weight gain sequence that was in Bowser’s Inside Story: 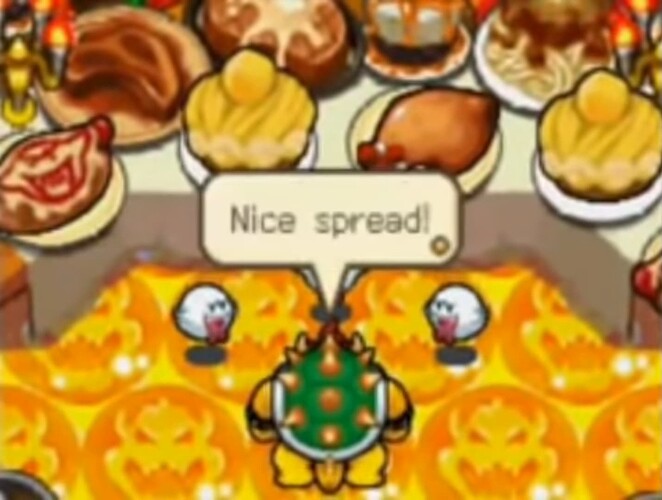 (crustiest image I could find)

Other games might include stuff which is far more mild like various powerups that are featured in the Mario games, or perhaps the way certain things are worded, such as when characters are eating in Monster Hunter World iirc. I feel like I am missing a lot out a lot of stuff since I’m not so familiar with other games that have been as blatantly obvious as Bowser’s Vorey Story or M&M’ster Hunter World. Anyway, what games have you seen that make reference to this stuff? I’m interested to hear about it

there’s the fruit power up from metal slug that makes you fat and the announcer says “WOAH…BIG!”