Hello. I have no real experience in making video games, but I’m interested in learning how to. I had this idea bouncing around in my head, and I don’t know how realistic this game would be to make for someone with almost zero experience, but it wouldn’t hurt to share it. Or maybe it will.

Story: It’s a pretty simple story. An inventor has five different robots that he made. They were built to store and grow large quantities of electricity to be used to help power the city and other things like equipment in construction sites and factories. Then, a computer virus by an evil scientist turns four of the robots evil and they go on a rampage. It’s up to the one robot to save her ‘sisters’.

Gameplay: So it’s a side scrolling shoot’em up. The main mechanic I thought of was that you can absorb enemy bullets. You do this by changing the robots color to match the color of the bullet: Either red, blue, yellow, or green. This is done with the push of a button, one color mapped to each of the face buttons.

When you absorb enough bullets, the robot will bulk up, becoming bigger. Getting bigger makes you move a little slower and makes your hitbox bigger. Aside from regular size (tier 0), there are three tiers of bulk.

As far as content goes, I was picturing no more than five levels (The first four available from the start) and a few simple cutscenes. You’d get to pick the levels in any order and fight one of the robot sisters at the end. Then, the last level would open up and you’d get to take on the evil scientist. Also, other than the main robot, other expansion would probably be reserved for the other robot sisters, and they’d get bigger the closer you were to defeating them.

So that’s more or less what my idea was. Again, It’s probably not realistic for someone with almost no experience making games, but someone suggested that I take my idea and share it here for feedback. Anyways, thank you for taking the time to read my idea, and I’d appreciate any feedback you had…yes, even if the feedback is that I’m a two bit clown who’s idea is bad.

a 2d shooter is often a beginner level project and this idea doesn’t seem to have anything especially complex (the color switching is just 4 simple if statements and the size would pretty much be two counters and 4 different player speeds and damage values). it might be a bit big for a first project but the level structure you were thinking about would make it really easy to scale up or down. so if you focus on one level at a time you can probably do it.

I would recommend looking at a 2d shooter tutorial for the game engine you want to learn and see if you think you get how it’s done.

Hey, having no experience in game design is not a problem. The question is, do you have any experience with programming at all? And also, can you draw to create the art?

If you are thinking about having a long/mid-term game development adventure check this out: 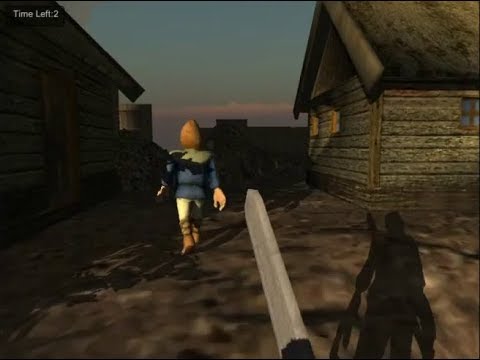 I did a little bit of programming in GameMaker making asteroid following a tutorial, but that’s about it. I also draw on a regular basis, so the art part I’m not as worried about.

I’d love to see what you come up with. There’s a whole lot of potential here, and I’d absolutely love to see it come to life.
I support your endeavors