Oh wow, looking forward to trying it out, good luck!

Well that’s quite the portfolio! Although that sucks that your work never got to see the light of day. But hey working on your own game means that you won’t have to worry about a sudden cancellation lol

Thanks for the warm welcome, despite not even having posted a demo! I now added it.

Feel free to share your impressions, suggestions and what not.

so uh, slight problem, whenever i pull it up, the rpg maker screen is just black. now i don’t know if it just takes a while to load, or if this is an error, or maybe i didn’t download it right.

It was my first time uploading so I posted without knowing it was still ongoing ahah.
It should be fine now.

“Laid-back human trafficking”, not something I thought I’d hear.

Sounds like someone’s been through a series of unfortunate events. May the odds be in your favor hereafter.

I don’t know it it’s intentional, but the version I downloaded seems to be in Spanish. I can read a little of it, but not that much. There’s not a ton to do right now, of course, but it seems the export has all the menus set that way.

Thanks for letting me know. I’m having trouble changing the language myself, so it might or might not be fixed by next Friday.

On the bright side, I figured out how to display custom images, make custom custom characters and it’s starting to look like a game after only 2 days. 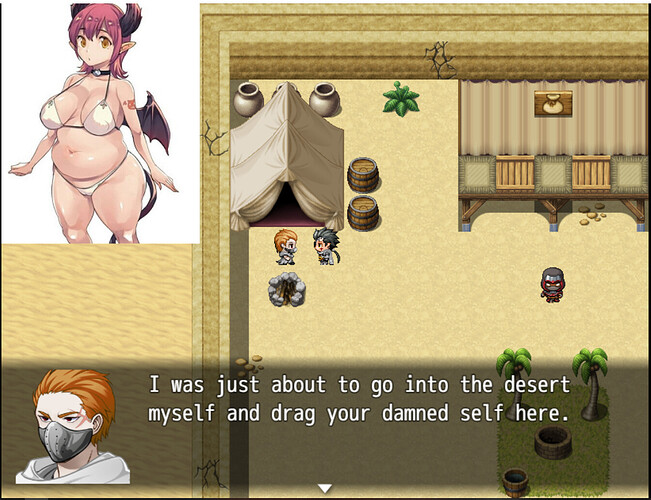 will it be possible to change the gender of your character? honestly, I’d rather play as a girl. Then you can make the mechanics of your character’s weight gain!
I really like the idea, I hope that the project will not close

The idea was a male character, Jackal, affecting female characters. I will probably not add a gender option, and I’m not sure what you mean by “make the mechanics of your character’s weight gain”.

However I will let you vote on the following: 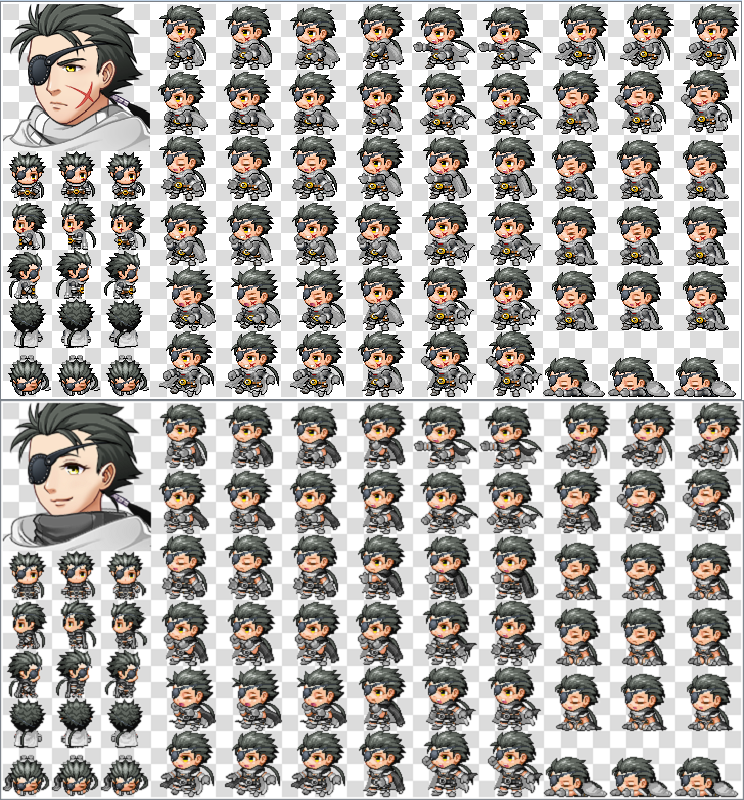 oo, it looks really cool! I mean something like a fantasy RPG feeder with additions from a kitsune, where you could get fat and your character, too, which opened up another ending.

Since it’s a loose open world for me to try out RPG, I don’t think there will be any endings. At least there will be solid dialogues and freedom of choice.

Well I know that you said that it’s female weight gain, in fact, the tabs even say female, but, shoot me if you must, but will there ever be any male weight gain? I know it’s a stupid question, but I gotta know for sure.

It’s not a stupid question.
Judging by the poll I’ll leave 1-2 girly-looking boys, but that will probably be about it. Unless you’re willing to pay $10-20.

Ah. Well, no thanks on that last part, but thank you for conforming my thoughts on that question!

Damn not gonna lie, I really liked the original concept of male protagonist, only female weight gain. Nearly every popular game on here is yuri (girl x girl) so it was nice to have a cool male possibly self-insert protag for once.

Yeah, a concept like that has shown to work pretty well in the past, like with Hungry Elves and to a certain extent Some Bullshit

I can only do so much, but it’s great to hear your opinions regardless! 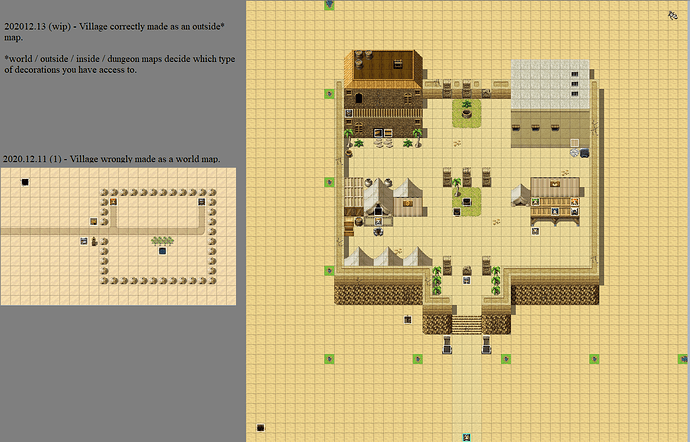