Small idea I've been holding onto for a while! (Krypt's Tomb)

Hiya! Thanks for taking the time to stop on by and read this! I joined this site when I heard tell of it being out there for posting ideas, progress and such for games based around WG and such!

I’ve been wanting to work on a Metroidvania styled game involving my character Krypt The Kangaroo (yes, they’re a sonic oc) exploring a recently discovered/surfaced temple. Being the treasure hunter he is, Krypt wanders in.

I do wanna implement a sorta “gas tank” concept, basically in which the more food he’s consumed/acquired, the more he can use his gas for various things, such as travel, attacks, etc.

I also thought that he would start off with a basic jump attack (i.e the Mario jump, of course), but as he got bigger and bigger with each meal found and consumed, he’ll have to find more methods, as he can’t jump up higher. I do need ideas on what else his attacks can be, as he’s more of an inventor than a fighter.

I still need a good concept on what the villain(s) and even enemies should be, and what kind of sub-areas the temple should have.

I do have Stencyl, but I’m still learning to program things right, so some help would be appreciated.

I’ll easily do concept art, if you have an ideas! So suggest away!

well if he is an inventor he can have basicly anything you can think of, but somethings like bombs or guns would probably work or maybe something lika an electric taser if you want the game to be more melee focused.

also in another tread you mensioned that becoming to big for rooms would be interesting but not exactly knowing how it work out, but it is not to uncommon in metroidvanias 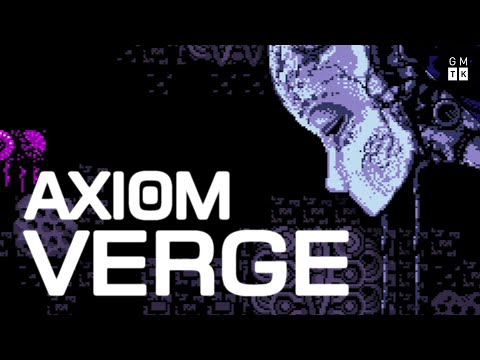 This sounds like an interesting concept that would be fun to play. I wish you the best of luck in developing it!

heck near the end they could get so big that just walking starts breaking everything.
if they could move after all.

Ahh, those could work!

I was actually considering that one of the “gas” moves Krypt learns is a sort of float thing, so I do reckon that could work as a thing to help with the jump. And I certainly will keep those tips in mind! The question is whether ammo should be constantly crafted or not, haha

But again, thank you! 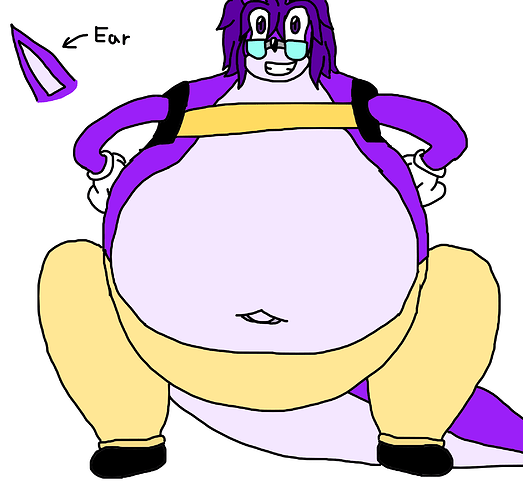 I wonder how big do you want to go in game?

I actually have no clue? Like, I really do wonder what’s a good max limit…

depends on how you want.
game wise likely close to immobile or something. but again this is personal opinion I like the larger games on weight gain and not the minor chubby game. full blown chance of immobility or what looks like it. so its also based on your opinion don’t go with something your not comfortable with.
but I also had the idea of near end why not go full blown bigger then the ruins themself but thats more endgame thing and would not carry over to a newgame plus.
also would ‘bad ends’ be a good idea. like falling in to some sort of trap that makes him too fat to move or like a feast with a chair that traps him till he is so fat he can’t move any way and just keep getting fed

Ooooh, I really like those! And the bigger than the temple idea could be the New Game Plus ending, haha. Or well, more of a “true” ending, behehehh! And rather than being bad endings, it’s more like, instadeaths? Well

More of like you’re stuck and you have to reset to your last save point after the cutscene plays. And I really don’t mind going like, HUGE

yeah the bad ends are just ment to be a checkpoint death that players want to get. like super fatty rpg has tons of ways to get sent back to spawn but since only a few actully do any thing its somethig you can do with little problems.
so as long as those bad ends don’t happen to far from a checkpoint it should be fine. since that way players don’t get annoyed with them
or at least thats what I think No idea if thats how it would really work

True, true haha. Though, the big question is (pun entirely intended), how many forms of “fat” should there be?

Hmmmmmmm
I would say it depends on how much weight “gain” you want. aka how much you actually have the character gain at once and the max size you want. like full blown Blob of fat or still something realistic. do you want to make it a slow gain then you would have more “forms” so to speak. it also depends on how long you want.
want a short game then max like 5. longer game could be between 10 to 20 or more.
to use a used example. super fatty rpg has 100 weight “classes” but only 10 that actually changed form in I got the number right. I say 10 because the items to rises the max weight class has only 10 that actually get used. (there is a 11th end game but it never gets used)

Ahh, fair fair. I guess around 15 would be good, the final one probably being extremely big that the secret boss may as well be outside of the temple, haha.

I would be careful with bad ends in a metroidvania game because you could end up punishing the player for exploring and you can never really know how long ago someone saved. but if they are clearly signposted (but it kinda ruins the surprise) or are special game over states (like if you die in a certain room) it should be fine.

Hmm, right right! There probably could be a small autosave mechanic/file, just in case. Sort of like how BoTW had that for whenever an unexpected death occured.

so what is the health system iin game? is it like the gas is both a good and bad thing? to much gas leads to problems like popping or is it straight health

Well, gas is sorta like how Samus has her missiles and such. Though, it’s more of a bar that drains rather than a numerical value blatantly. Though, I may make his health system a numerical value, and it could probably be improved/expanded like MMX/Metroid.

ok I just asked becuase I saw a beta of some sort of inflation game and all the foes just inflated the player. but said affects also gave the player ammo for attacks so it was a bit of a balance get to low and you can’t attack but get to high and Pop game over

I know this topic is like a year old, but I found it and it’s interesting. By gas, would there be like different types (different ends) for different levels of power, or?