Soo, I was wondering if there are any good roblox inflation games

I’'m looking for an inflation game on roblox. There used to be one Called “Inflation Ship” but it was banned. Do you know if there is someone who copied the game while it was still on the website, or any other games with similar mechanics? I don’t think I should be searching about roblox here, but I couldn’t find anywhere else.

I don’t know why you are the third person to come here and ask this, but Roblox is a game designed primarily for children, any content like that would be against their terms of service. Plus anybody here reccomending anything like this would probably go against the rules of this website too.

As Tombot said, Roblox is a game that is targeted towards children, and you already know the reason why the game you mentioned (And the person as well) was banned from violating their rules that doesn’t comply with their guidelines. If you want to save your Roblox account, don’t risk it, and don’t bother asking for more either.

You CAN still search for games in Weight Gaming, since there are some good inflation games that people made.

I normally wouldn’t comment on a post that I don’t have much interest in, but I felt I had something to add.

If you want to save your Roblox account, don’t risk it, and don’t bother asking for more either.

This. But also from a content creator’s perspective for a certain game that can be used in similar ways to Roblox (cough, cough) I think I have a unique perspective.

For a platform like Roblox, where great effort can sometimes be expended to develop an experience inside a pre-existing game, you need to think about the long term. Sometimes it’s about keeping up with the news about the game’s development, with trends, or with new advancements in server-side content creation, but at the beginning it’s making a concept, and should this concept even be implemented into this medium in the first place.

Why would someone want to make a Roblox game when it is almost guaranteed they will be banned eventually? Even if the data could be copy and pasted to a completely new game, depending on the game the players’ progression/play data would likely be extremely distressing to lose. This point in mind, why would I even play an RPG made in Roblox for example when my progress could be reset because of the game being banned because of it’s themes?

Other games (cough, cough) are much more ripe for the development of server-side content of this sort because:

tldr
Why would someone want to make or even play a game that they could boot up one day and it just be gone? There are better alternatives for this sort of thing. 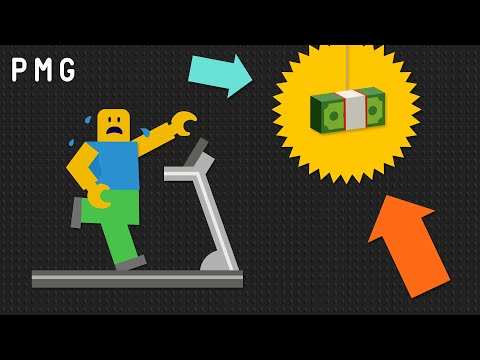 I don’t think I should be searching about roblox here

You’ve answered your own question…