I had a couple of thoughts on some races I’d like to see more levels for. I think they may all be quite complicated but I’ll throw it out here anyway just to see if it’ll stick. There’s the Cutebound version of Avians, it makes them look more like harpies instead of just bird people. And then there’s the arachne race and the lamia race. I remember that another sprite artist who worked on the arachne said it was kind of wack for obvious reasons for both of them, considering its pretty hard to make spider legs look thicker.

Ah! I’d assume that’d be the part of the Tecnitoon as the original race is just black and white.
Thanks for looking at though.

can i suggest the shoggoth race? 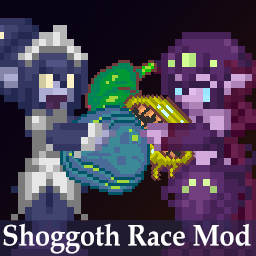 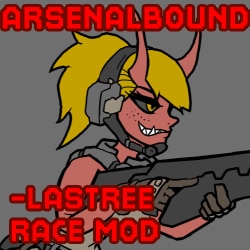 Welp, since everyone else did, I guess I’ll submit a race too, and revive this topic while I’m at it.

Could you make the Fenerox Granular-compatible? They’re already good for standard BF, but they don’t have Granular sizes yet.

I don’t mean to sound rude, but I think the lastree sprites aren’t working.

would it be possible for you to please, add even/only just first 4 sizes granular support for slim race?
i tried mod fatties granular race support, but it didnt allow me to use it with slimes.
even though other people could! anyway, thats my only request. please.

sorry if its just adding another thing to your workload though,
its just something that wouldv made sense to be in the other mods, but somehow wasnt. its fine if you dont though, just hoping

Maybe the Saiyans from Dragon Bound Z in the workshop? Like this.

hello! i was hoping for a granular version of the kitsune race?

I would kick my heels, cheer and maybe even break out into song like a Disney princess if someone made the Kemono race BF compatible