thinking about schools of magic and food led me to think up a quick little four-elements style set of magic ideas. take the most common: Fire, Earth, Air, and Water, and apply traits to each!

essentially my idea revolves around each element having defining characteristics, and being associated with different aspects of food and flavors. the elements can be combined by skillful chefs**/**mages, and used to create different foods, meals, or spells of specific effects.

what I have so far:

I also have a few ideas for element combos:

I don’t have a good idea for what Fire + Air could be, so if anyone’s got suggestions, I’d love to hear.
I just had an urge to I guess worldbuild, so feel free to use if you have ideas for implementing into DnD, a game, writing, etc.

yeah, I guess it could just be spicy snacks; I wanted to make it general and kinda vague so it could easily be expanded in different ways.

Air and fire made me think of things like peppermint candies, or mint candies. Heck, I’ve seen potato chips that are wasabi/spicy flavored, so those can fit there.

So I guess, minty candy or snacks that leave a slight tingly sensation on your tongue, like from eating spicy foods?

Personally I associate meat with fire.

If you include meat with fire then Fire + Air could give you smoked meats, or BBQ skewers.

You could have Air include poultry. Air + fire could be turkey dinners, or other cooked birds.

Fish and other seafood are classified in water, it will be better.

My first instinct would be to associate the classical elements with the five flavors (bitter, sweet, etc) rather than classifications of food.

Last two are kind of arbitrary, and if you didn’t want to bother with Aether and it’s connotation of being on a different “level,” you could ignore it and roll Sour into Air along with Bitter. My opinion, anyway. 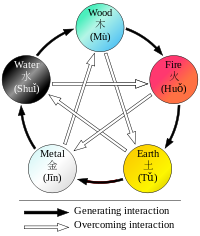 That’s kind of interesting, actually. Might look into that.

Not sure what “pungent” means as a flavor profile, though.

Oh，sorry about my poor English.
I mean spicy. My dictionary misled me.

I guess spicy makes sense, now that I think about it.

So long as we’re sharing these: 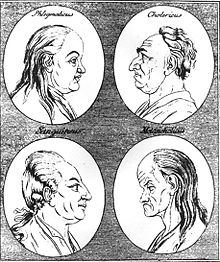 Humorism, the humoral theory, or humoralism, was a system of medicine detailing a supposed makeup and workings of the human body, adopted by Ancient Greek and Roman physicians and philosophers. Humorism began to fall out of favor in the 1850s with the advent of germ theory, which was able to show that many diseases previously thought to be humoral were in fact caused by pathogens. The concept of "humors" (chemical systems regulating human behaviour) became more prominent from the writing of me...

The classical Western conception of medicine, incorporating four of the classical Greek elements and associating them with “humors.” Of note is a belief that certain foods were associated with certain humors, and thus consumed/avoided to maintain balance within the body.

Wikipedia doesn’t go into those foods much, but some searching online should turn up something.