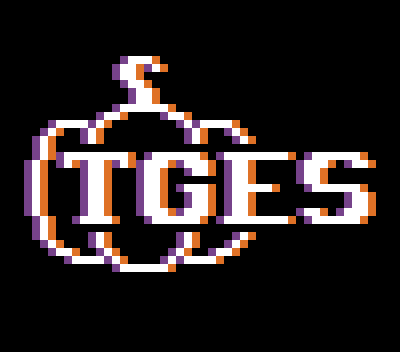 The Gloucester Estate Spooktacular by thujuht

A short Twine romp at a Halloween house-party

Attend Rebecca Gloucester’s iconic annual Halloween house party! Though you arrive seeking little more than party snacks and an opportunity to get out of the house, there are three other guests that might help you find a little something more…

This is a game I spent most of October cranking out, clocking in at ~17,500 words. It’s releasing after the season because I missed my deadline as a deliberate protest against Christmas’s illegal annexation of November.

I hope you enjoy it, and please let me know about any bugs you may stumble upon.

Well done! Some pleasant stories. It took me a minute how to realize how to get the first ending, haha.

I really enjoyed it, it was really cute. Are you planning to make it downloadable? I really like being able to play my favoured Twine games even if I’m offline.

EDIT: I found out, I had to tell Rebecca I had seen Kevin outside, when questioned during Jinhua’s quest.

Is there any “correct” answer to make Rebecca not go in her room when Jinhua is in there?

Love it! Good writing, relatable characters and fun kink stuff all throughout. I seem to be unable to figure out jinhua’s ending too, though that may just be because I haven’t tried mentioning the two characters outside while actually having visited them.

Jinhua’s route does seem to be giving a lot of people trouble. I was a little concerned about putting that part in, given that it’s really the only segment that’s not just doing what you’re explicitly told. As a hint, if you’ve done Zola’s route, you should have already seen the name you’re looking for.

as a deliberate protest against Christmas’s illegal annexation of November.

I have yet to try the game out, but this wins points with me right off the bat!

CHRISTMAS BEGINS AFTER THANKSGIVING AND NOT A MINUTE SOONER!

Very entertaining, and quite well written. And, as others have stated, I am also having considerable difficulty figuring out Ending 4.

I’m assuming the name from Zola’s ending is Juan, which is the same as the friend of May. That said, I’ve no clue where to progress from here. Broke May’s heart in one attempt, which killed my soul a little. Please don’t make me do it again. May is best girl.

Ending 4 was a little bit tricky, but doable and understandable if you pay attention although I feel that there was a red herring, unintentional or not..

Out of curiosity, did you have something particular in mind for what’s supposed to be on the USB? I could think of a lot of things, but nothing concrete.
Also, by the way, I do believe there was a typo or coding error; when I got to Jinhua’s explanation, the text option was “Jinhua Bedroom 3”; I’m assuming that’s not supposed to be there?

I assume once May breaks the chair she disappears from the game?

I think so, yes. I poked around for her for a little while and she was nowhere to be seen.

Out of curiosity, did you have something particular in mind for what’s supposed to be on the USB? I could think of a lot of things, but nothing concrete.