The Good, The Bad, And The Chubby (Weight-gain Arcade Shooter) 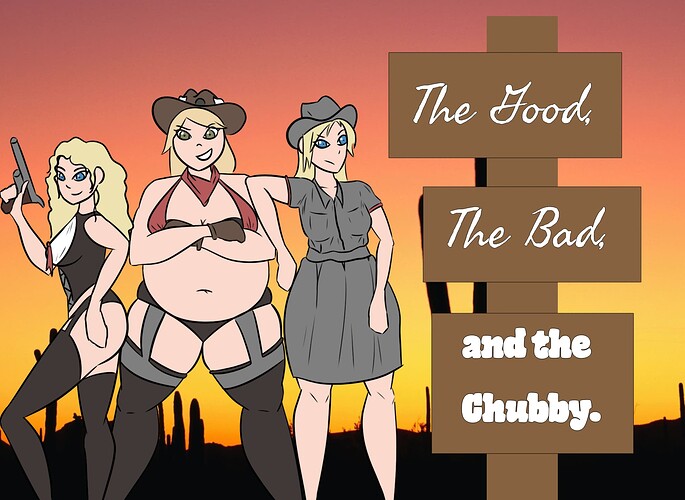 Brought to you by the team that create Joblin Simulator!

The Good The Bad and the Chubby is a bullet-hell set in the old west. You play the role of the town’s sheriff. Will you be able to nab the baddies, or will they fatten you up until you can’t catch them anymore?

Be rootin’, be tootin’, and by god be shootin’, but most of all, be kind

Let us know what you think! If you find any bugs or issues, please leave a reply to this thread, as we’d love to get everything straightened out as fast as possible!

There should be a Windows build as well as a MacOS compatible build on the site, with the latter being compatible with both Intel x64 and Apple silicon. However, there’s plenty of room for things to go wrong with Unity builds, so support for the MacOS builds isn’t guaranteed.

Hotifx: Disallowed entering battles with 0 health! Wasn’t game breaking, but it would kick you back out into the staging area, which is annoying

Redownload from the itch.io link above! Or here!

If Unity is to be trusted, this game should work on Windows, MacOS, and Linux

I made the mistake of spending all my health on upgrades despite the warning and had to reset my progress but a neat little bullet hell game.

Loved the classic arcade style sidebars, some really nice art throughout this.

Thanks for the kind words! It shouldn’t be possible to spend all of your health on upgrades, but if you get greedy, then you’ll be stuck with just the one life throughout the run!

It was just the 1 health made the bosses too tricky for me.

I think I’ve found a small bug: the sheriff’s alternate sprite seems to be locked facing down, but nice extra for finishing the game.

Unfortunately, time limitations caught up with us, and we weren’t able to get more sprites for the sheriff’s end stage. That scene should be replayable though, as well as all of the bosses upon a reboot of the game!

How would I play this on a Mac? It seems to only have come with .exe files, which aren’t runnable on a Mac.

Whoops! Forgot to upload the Mac port to Itch.io. Should be there now, check again!

That was a lot of fun! I had a blast playing it. Sprites were fun and hit my bar for being enjoyable in a game like this, and the story line and game were engaging for a game of this size. Good work!

I like it, one of my favorites so far. Picking the cover by the ammo bag is a bit OP tho, allows you to just hide behind it and spam projectiles.
Really fun game with awesome sprite work.

That was a lot of fun! I had a blast playing it

I like it, one of my favorites so far.

Thanks for all the kind words! We’re happy that everyone’s enjoying the game so far!

Does the Cactus enemy have any “game over scene” ? If he does it aint working

Hmmm, you should be able to see the cactus sprite change when you defeat them, as well as a small bit of dialogue! I just played through on my end, and there doesn’t seem to be any issues with that coming up…

Only the bosses have dedicated overlay-graphics for when the player experiences a game over!

Since we did similar projects, I was interested to see what this one would be like. I just got done playing it and I enjoyed it! The boss attacks are well-designed and there’s some very nice sprite work. The balance was a bit lenient for my taste, but of course that’s subjective. I hope you do well in the competition.

On the wanted poster, you mouse over the “Yeehaw” button and click that to start!

This Gain Jam entry is just amazing! I loved the pixel art of the game as well as those static pictures as borders of the game. The production provided great fun for me and I appreciate it as quite unique one. Not much to add, for such a small game everything’s absolutely cool. Great work! Having so talented people behind the art you could easily push for new titles of other genre as well. 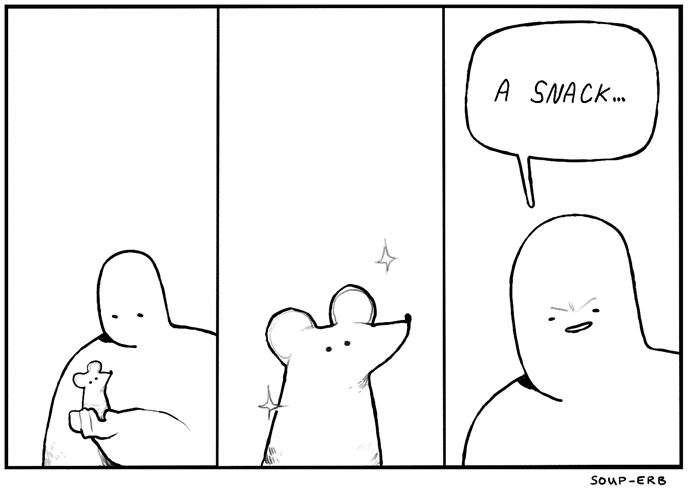