Tribal Hunter is on full launch! 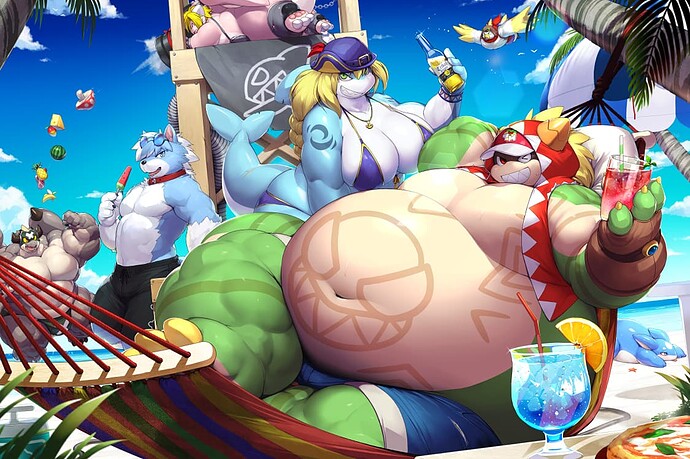 2 new zones (and music)
new enemy
variation of enemies with additional pattern (and funny defeat animation)
story events which will fill the plot hole of story before game begins.
and various minor changes

It’s on 15% launch discount now! grab it while it’s on!
Artbook and Origianal soundtrack will be on 10% discount soon.

Thank you for all players and supports, we couldn’t make it this far without all your help!!!

Congrats! Been a fan since the early days, and glad it’s made it’s way to full release!

too bad there no female character to play as

Wow that is an amazing piece of a for the update.

Hm… Maybe it is possible to create a modification which replace “Munch” sprites to female like, but a lot of sprites should be changed for that. Around 900 sprites I guess.
P.S. According to how much time needed to change all this I don’t think it is worth for creator to waste time on it, but if someday that will be a $15 USD dlc I will definitely buy it.

How the fuck did you get SeethTzeentach to make a video of this game?
I bet he’s on this website isn’t he… he always had an "exotic’ taste.

Anyway. Does this game have a modding scene at all?

None yet. We’d need to wait until the Undertale Mod Tool can properly unpack the full release’s data file.

That’s a shame, at least there’s a chance something will pop up.
I’m hoping for a human reskin mod

I imagine with the Sseth video the community and modding scene may grow tremendously.

I just tried to open data with Undertale Mod Tool and replace running animation sprites with another sprites. In the game custom sprites work correctly: 1 — ImgBB
So, there is no modding scene not because it is impossible to create modification, but because no one interested in wasting time on it. I believe that most of the people who interested in this game are fetish related: weight gaming or expansion gaming community. There are very few of us from the general mass of players and I don’t know any 2d artists in our community who create this kind of modifications.
There are two big problems here:

P.S. Just updated to release game version and that one couldn’t be opened with Undertale Mod Tool v4.0.4.

so hey, i bought the game, pretty fun and all but it doesnt respond whenever i try doing a gound slam. is it a bug or am i missing something?

Replacing the sprite in it’s entirety seems a monumental task, but making a custom color scheme I think might be easier if the function could be narrowed down. As I have a gut feeling it’s just a series of strings tied to the description and name of a color set paired with an instruction set.

I think they use a sprite recolor function or shader in game maker itself- As I poked around with the latest tool and it has no dedicated color sprite set but the classic green and flesh toned munch/player character that I can see.

But I did find a Palette file here- Player Colors? so I’m thinking there’s a function that references specific individual pixels for their color and assigns that value to a zone on the sprite somehow with a string. Like how some fighting games there aren’t dozens of sprites for each color but it’s a series of sprite color areas.

I do curious how the game will look with other characters, but there are literally so many sprites for Munch, I don’t think anyone would willing to finish it without giving up

I’ve seen impressive feats before, it’s not out of the realm of impossibility. though the more likely situation would be if multiple people worked on one spritesheet. it should be considered at the very least. you can always deny it after giving it some thought.

Small post edit: if fully custom sprites are out of the picture then maybe look into custom skins for Munch. might be a little tricky to edit but i can see it working if say for example you can colour pick the hoodie and a different colour for the markings on his belly. that would make the already existing skins obsolete so i’d imagine it’ll be very expensive and a late game goal. then again if their are a lot of sprites for munch then i can understand why this will come over as an overwhelming idea.

Pilot from Spacethumper has around 200 unique sprites depending on if you include her idle animation or not, double that if you count facing left and facing right as two separate sprites. It’s a lot, but it’s not outside the realm of possibility.

In any case, I’d be interested in seeing the spritesheets if @skyox is okay with them being posted.

i really wish there was a female PC mod, otherwise cant really get into it.