Trying to decide if I should generate any explicit content or not.

Most games on this site do not contain explicit nudity or sex scenes. Is that because none of us are fans of it? Or for some other reason? As of yet I haven’t tried to generate any nude renders. In theory this would mean I’d have such things occur off screen in a fade to black style way. Although if there’s a lot of weight gain game fans who actually want increased nudity in their games. Well, I might consider it. One of the biggest headaches nudity generates is that I have no idea where it is allowed to be posted and where it isn’t allowed to be posted. On DeviantArt I’ve marked my content as mature, but I’ve also been keeping everyone’s naughty bits covered up. (I don’t want my posts on deviantart reported and taken down if I can avoid it.)

Just going by my own experiences messing with the 2D Kisekae character generation system, I’d wager that the biggest reason there isn’t content greater than nudity in these games is because they’re a lot harder to actually get right. You’re dealing with two models (or more?) at that point, and you have to figure out how they slot together in a way that doesn’t look broken or buggy and still allows for the player POV to produce something worth seeing. Kisekae quite literally has only ONE reasonable sex-position available for it, without turning one of the participants into a transparent shadow, and it (reverse standing doggy-style) isn’t exactly commonplace as far as positions go. Comparatively, self-pleasure is pretty easy.

Similarly, it’s tough to write sex also. I consider myself a writer. I’ve been paid to write. But even then, depending on the circumstances it’s oftentimes easier to pull the curtain and let the readers’ imaginations fill in the gaps on actual events. Sex is an action scene, and action scenes are a lot of description that can easily turn tedious or boring or unrealistic. Especially since everybody has different things they find to be turn-ons and turn-offs, and if you include somebody’s turn-off in the scene you’ve ruined it for them. The alternative is go back and put content toggles on your scenes - which is extra work for minimal reward, and there are WAY too many possible triggers out there. Comparatively, you can instead just let everybody fantasize their own little perfect sexy-time and save yourself the work of writing it out at all.

So the poll made it clear that it’s moderately popular but also not supremely required for this specific fetish. 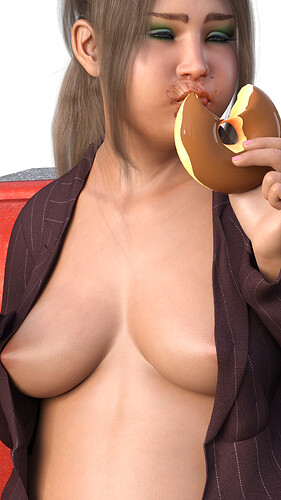 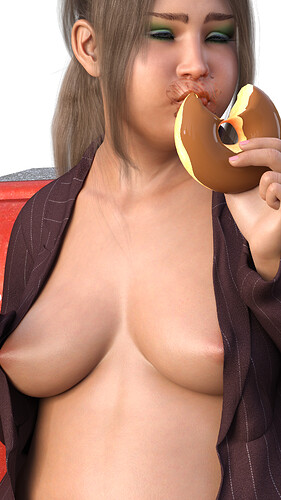 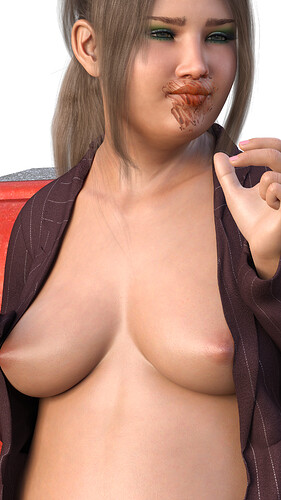 The fully breast expansion series from this camera angle is available on my deviantart SexyFatGirlRenders User Profile | DeviantArt sorry if this is a bit of a teaser, I don’t actually know how to make nsfw renders and if the poll went differently I was going to just never bother to learn how.

I’m not super happy with these nipples I need them to have more detail and be more three dimensional, something I’ll have to work on if I’m gonna do more nsfw style content for the game. Actual sex isn’t allowed on deviantart but I can always include it in a game for this forum. I won’t include it though if I can’t make a version I’m satisfied with. 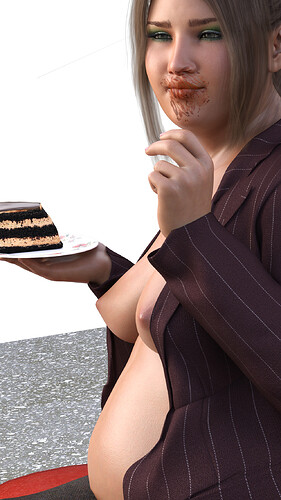 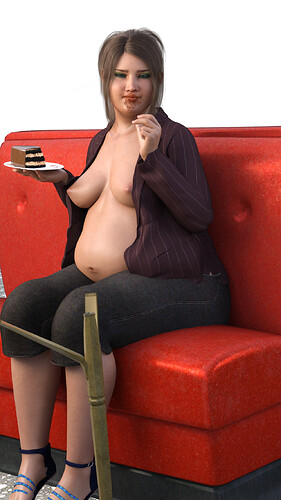 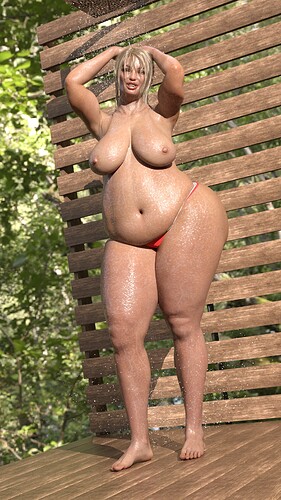 Apropos of nothing: I have to say, handling the (apparently) inherent Daz3D skin-gloss effect by putting the characters under a shower is a hilariously-intelligent idea. If you can’t make them not be shiny, give them a reason TO be shiny.

You can make them be less shiny. See this comparison. 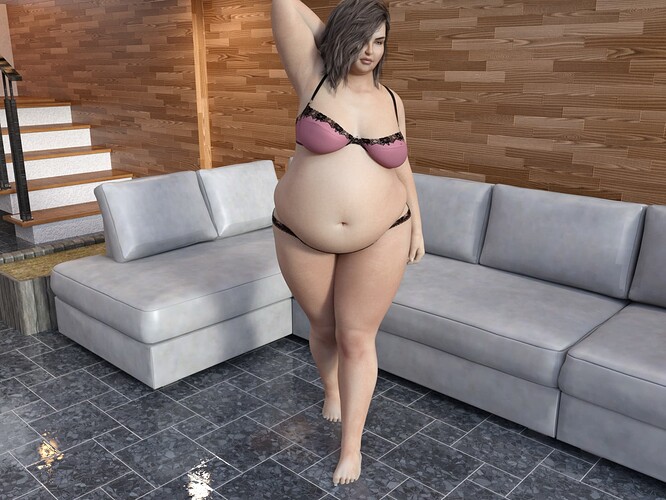 modernjordanhomesleektest2didlike3500iterations1920×1440 229 KB
default shininess in the above 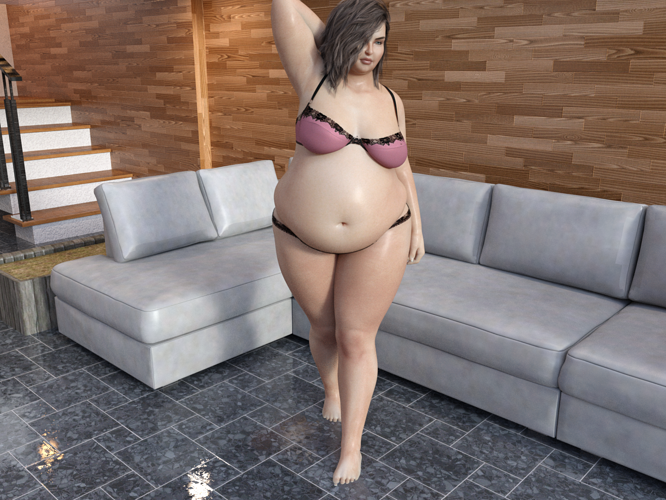 modernjordanhomesleektest3hasty30minutesglossywetlooknopackdefaultirayshader.png2000×1500 5.61 MB
I intentionally turned up the shin for this one because someone said it’d look better.

Although you can go below default shininess too, I don’t think I have an example for that ready.