Okay, so I know the trick about colliding with invisible primitive objects and it works great.

I saw this on the store Squishy Human for Genesis 8 and 8.1 Female | Daz 3D and in theory it would allow for easier faster simple more effective squishing of fat.

But… it feels like the maximum it allows for is a tiny tiny tiny squish, it’s like even a fat woman’s skin is too rigid to make a big dent. Anyone tried this product and had better luck? is there a setting in the ATP or dforce simulation to “crank” it up?

The pain issue is that it seems like a) the calculations just make her thinner to avoid her own fingers poking into her fat stomach and b) if you push her hand far enough into her stomach to try and coax more collision deformation you get an explosion error that breaks the simulation.

This is a short video clip of the simulation in action. She successfully squeezes her belly fat, then as the simulation continues the calculations determine the correct resolution to avoid collision is that she just magically gets thinner.

I pushed a lot harder this time and it seems the sweet spot for maximum squeezage is around 45 seconds after which it breaks a little then decides the best solution is for her to magically get thinner. (45 seconds on the timeline chart not 45 seconds in the video I showcase this point when I stop doing anything for a moment.)

The previous post had a typo. That’s why it bugged out. Although without the typo 45-60seconds on the timeline is best, and after that the fingers are just inside the belly and it seems like that’s the maximum depth it can go to. MUCH MUCH MUCH better jobs than this can be generated by primitive objects with collision that are hidden, that’s how alice gets squeezed as well in tiggertoo’s game.

This is the video clip without the typo from the previous post. Note these look bad because they’re previews, but until I get a modern GPU I can’t rapidly prototype renders that might take me hours even with nothing in the scene. 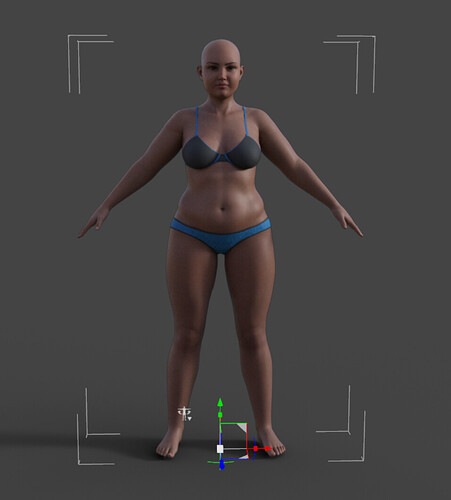 with your model selected go to the “create” menu tab. 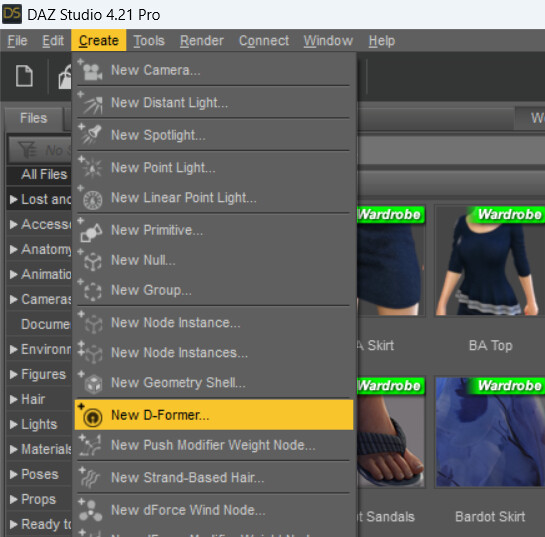 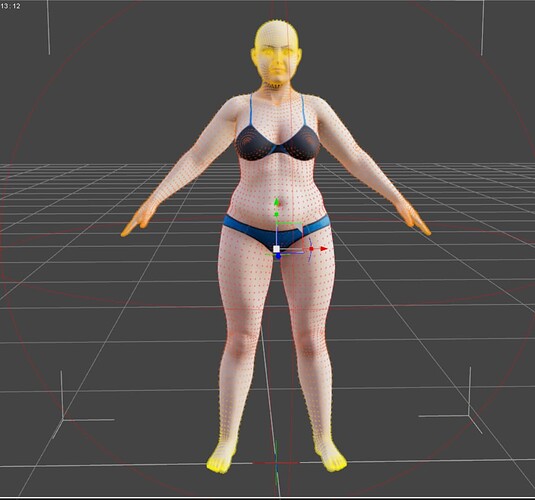 image1151×1075 65.6 KB
it’ll then look like this. Obviously, that’s going to affect too much of the character model, so you need to scale down the field. 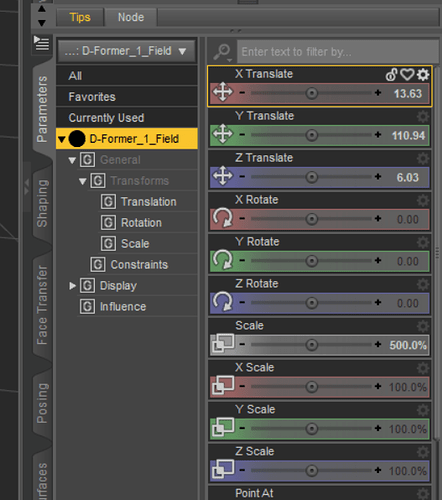 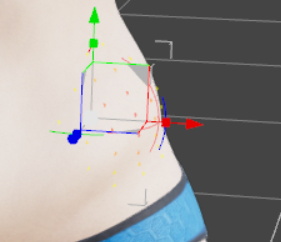 After that, use the translation handles to move the field into place. 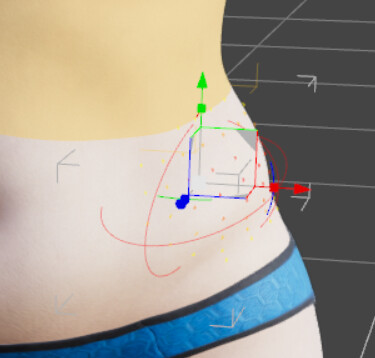 you can also shape it a little bit more too using the x, y, z scales 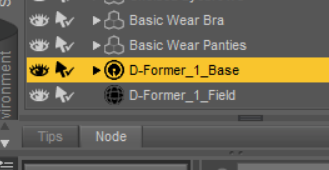 next, select the base, and use the translation handles to move it into position. 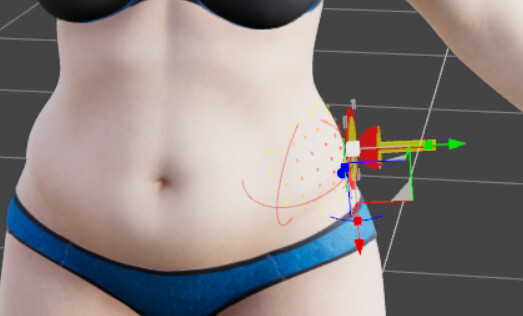 You should rotate the base so that it is mostly perpendicular to the area you are wanting to deform.

Next, twirl down the dformer base, and select the object inside there. Once you do that, use the translation handles or the properties tab to move the object in or out. 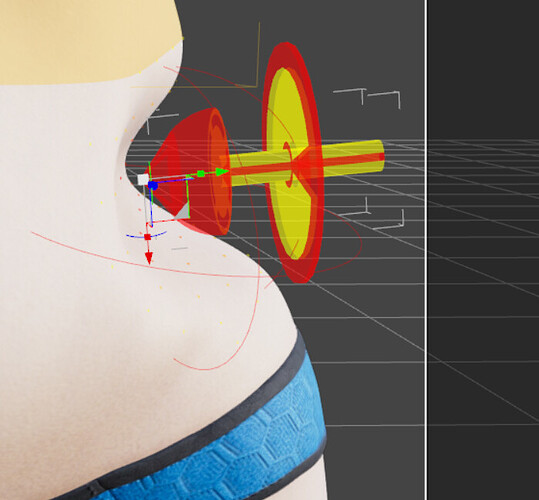 image699×648 68.5 KB
Push it in to make a depression in the skin like a poke. (looks better if the field is shaped differently than I have here.) 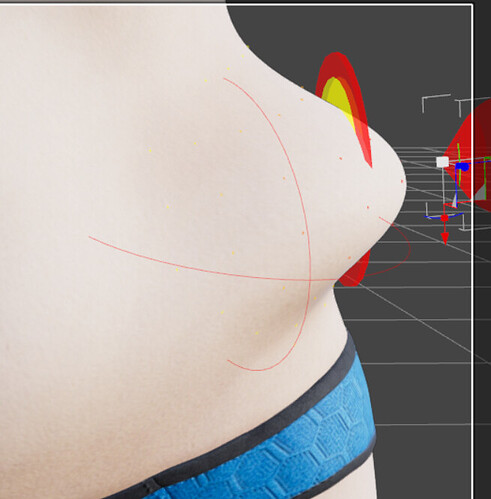 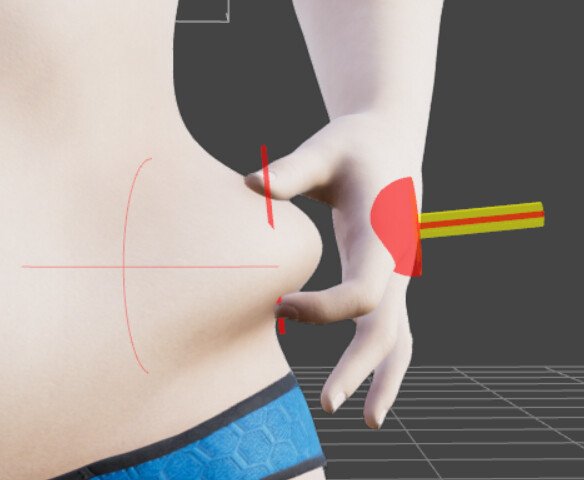 then position your hand into place to make it look like the fat is being grabbed/pulled.

In terms of squishy human, it depends on what you want to do. Large sizes are atrocious with it. If you are just wanting to have a plump or maybe chubby character, it could do just fine. But its tough. I don’t think its necessary.

How is dformer different than mesh grabber? this looks quite similar to mesh grabber. Also what is “twirl down” atm I’m taking twirl down to mean, click somewhere that’s obvious, so I can follow you just fine, but like, uh, I’d love to learn the slang behind what it means.

I’ve used mesh grabber before to fix clothes, and I guess maybe mesh grabber is just like dformer only for clothing not figures?

Definitely I need an alternate shape 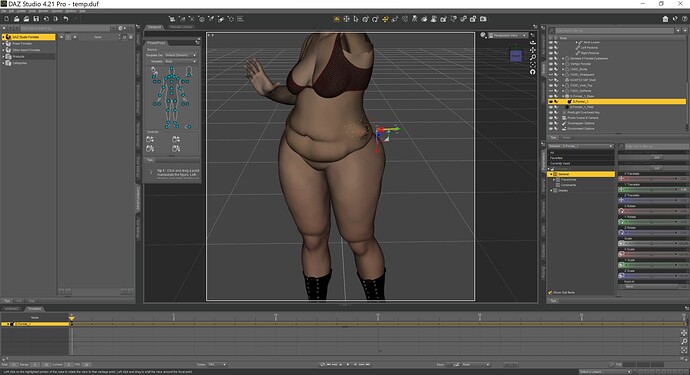 Oh also, I SUCK at pinches, I have no idea how to pose all the fingers and wrist and all that so perfectly like you have. I’m looking for a way to cheat, one idea I just had is, I’ll create a geometric primtive to hide. Then I’ll use that to move the hands around freely by setting the hand to point at it. 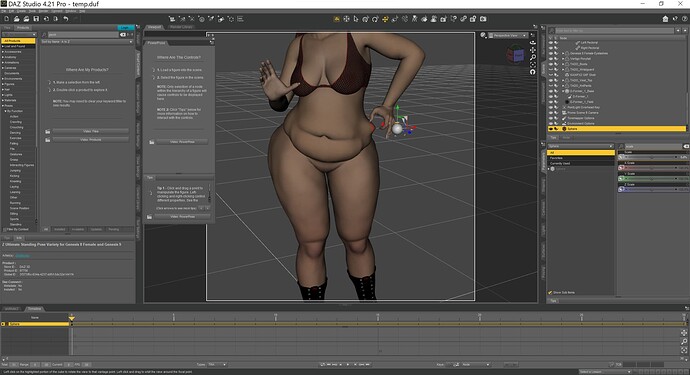 Maybe though what I really need is a smart prop that is being pinched. Then I can set it to invisible once it’s in position. Fingers are so complex compared to other body parts. Because there are so many joints. Hmm.

It’s a shame there’s no category on the store for smart props.

when I say twirl down, I’m saying click on the arrow next to the object group and “twirl down” or reveal its children objects.

There are a few differences to mesh grabber. Mesh grabber is relatively destructive. If you change the mesh using it, its very hard to revert it back without jumping through hoops. With the deformer its a bit easier to just delete the deformer and start over if you mess up. I find its also easier to get a more consistent look with larger areas than grabber. Mesh grabber is great about fixing poke throughs and stuff with clothes, but I like to use deformer when doing pinches or pokes. Now if you want, you can use both. You can make the overarching deformation with deformer and then fine tune with mesh grabber. Or you can make multiple deformers and do the same thing, or pair deformer with a smoothing modifier to get the main deformation + a bit more detail from the collision object.

There are tools out there like ghost hands and stuff that can help, but its not a fix all. You can create your own by adding another figure, putting them in place, adding a smoothing modifier and setting them as the collision object, and then just hiding them visually. The modifier still happens but they aren’t visible at that point.

There are also tutorials out there on the push modifier/weight maps which is really where you can dial in the deformation because you basically paint it on. Plus, its nondestructive so you can always repaint the map or make a new map to change the amount of deformation.

you can cheat by getting a few pose packs that have like “hand position for holding a cookie” or something like that, then just making minute adjustments as needed. There are pose packs for eating out there that I have used for multiple things besides eating poses.

Any recommendations? So far all the ones I’ve got result in looking good but other purposes but still require lots of fine tuning in the end. 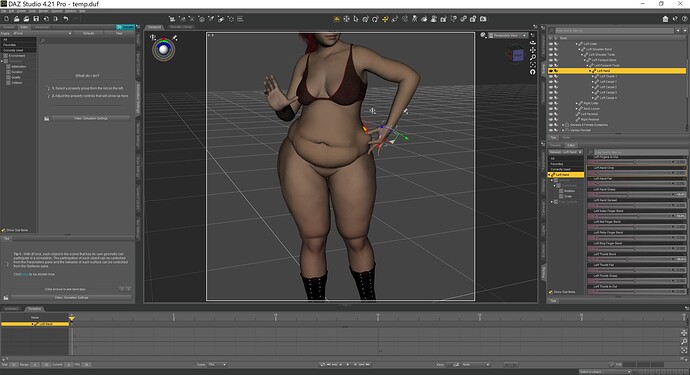 Also I find it VERY hard to get a genesis 8 figure to grab their own lovehandles it’s like their upper arm is too short and their forearm is too long. What gives? What am I forgetting to move, and/or are their porpotions a little off?

edit: sidenote I think next time I try I’ll use a much smaller dformer. I also wonder if squishyhuman would work well with dformer for the final finishing touches or if it’s just uesless here.

You’re way better at this than me, and if you understand and know how to use dformers better than weight maps. I’ll assume weight maps are a 2024 goal for me 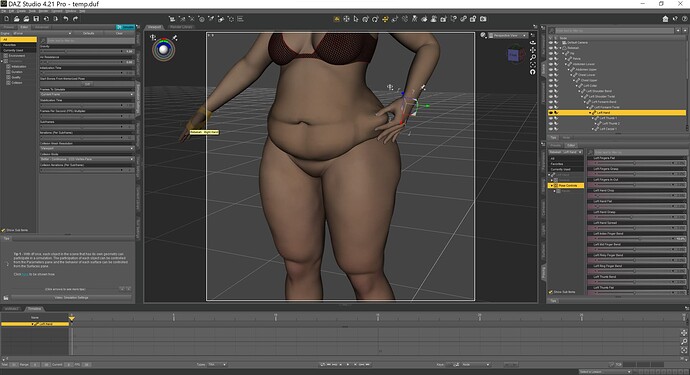 I want to move straight in the z direction with respect to the camera and the scene grid. Since the hand is rotated though none of my 6 translation choices move in this direction.