Sadly, no super cool title here this time, just need some assistance is all. Basically, I’m looking for any weight gain game with a character creator in it. Now, preferably, if you could choose ones that would allow for creation of both genders, it would be deeply appreciated, but I will still be happy if it only allows for one gender.

(And, as a side note, if you can find any with species other than humans, I would love that too.)

Become a patron of Tamperung today: Get access to exclusive content and experiences on the world’s largest membership platform for artists and creators.

Become a patron of Naelstrof today: Get access to exclusive content and experiences on the world’s largest membership platform for artists and creators.

Neither are technically WG games, but they contain WG and a comprehensive character creator.

It’s still in alpha, but the character creator is one of the major selling points of Chub, Chomp, Chill.

Your own compact chubby companion!

I haven’t looked at it myself yet, but there’s Breeders of the Nephilim on Steam. It has a character creator that looks fairly elaborate, but I don’t know if it has weight gain (it looks like it might, but I think it focuses more on pregnancy). The NPC’s can be non-human from what I’ve seen, but I think the PC is human or near-human only (which doesn’t bother me, games that are 100% Furry are a huge turn-off for me).

Breeders of the Nephilim doesn’t feature explicit WG, but its character customization is super flexible and lets you make an obese character. Also, randomly-generated NPCs can potentially spawn with the Chubby trait, which they can pass onto their offspring.

Now this isnt exactly a weight gain game, but Monster Hunter World has a character creator and a fat mod for female characters with a lot of different stages of fat, going from somewhat fat to obese, so you can, if you want, switch between the different iterations of the mod to simulate weight gain somewhat. Sadly the version with jiggle physics is glitched, but its still a cool thing that Id wished I wouldve known about before I reached the endgame in that game. 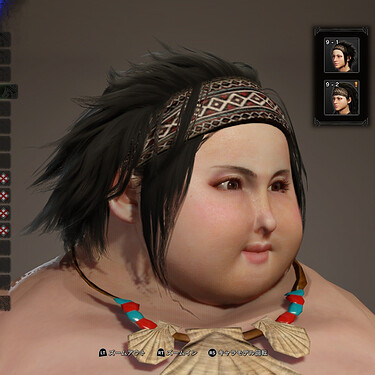 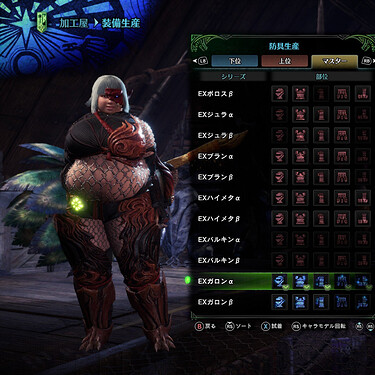