Will of the Goddess (cocoacaesar's submission)

Will of the Goddess (cocoacaesar's submission) Gain Jam 8/2020

[goddess] Okay, I’m back with a new version. I think I narrowed down the crashing issue to the card Reawakening, but I couldn’t figure out what exactly was causing it, so I axed the card. Other than that, I made some balance changes in line with feedback. You start with a few more tokens, but rewards for defeating enemies have been reduced to balance it out. Also, a few cards had their costs or effects changed to make things more balanced. Perhaps most notably, I took another shot at the art (… 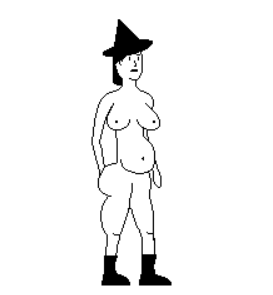 Hey everybody, I made a deck-building game. It’s got a pretty nifty paper-doll system so that each part of your body can expand independently. I tried something more ambitious with the art compared to my previous entry, but I probably should just try to form a team next time. Anyway, this was fun to make. Being a card game, it’s naturally prone to some weirdness, so let me know if you find any bugs–even though I’m not aware of any, I’m at least 90% sure there will be some. Also tell me if you find a fun or powerful strategy, and let me know if there are any UI features you’d like, since I do still have some time to clean this up before the jam ends, and it’s not exactly user-friendly at the moment. Have fun!

The game crashes when I get to the succubus and fight her for a little while.

I really dig this prototype and hope you continue building it out, particularly to a point where there can be some early selection of cards / clothing!

Thanks for the feedback!

@WonkyWankit
I’m trying to reproduce this, but I can’t get it to happen. If possible, would you mind telling me what happens before the game crashes? You should be able to see the entire turn that the enemy takes if you scroll up. It would also help to know what error code you’re getting.

@http.awp
I’m glad you like it. The system currently in place for drafting cards and clothing will probably be kept, at least until the end of the jam. Sorry if the game seems a bit luck-based.

Game is honestly pretty fun, independent of the fetish aspect. Would love to see the concept taken further after the Gain Jam.

The UI is functional but there is only so much you can do with just the console. Stuff like having the names of cards in bold and costs shown with the associated color would help readability a lot but i’m not certain if that is feasible before the end of the jam.

That’s fair! If you continue development beyond the jam, I’d love to see those selections (gear and then cards) become like a choice from 2 or 3. It’s definitely workable as it is presently, though!

I think I either lose or the succubus uses a certain ability. Its hard to tell when i cant really see exactly what actions she took her turn

Per http’s mention, it’s interesting but feels a little too luck-based. The few times I tried I had difficulty getting clothing for all three body parts - sometimes even trouble getting two. That, combined with potentially drawing a hand that largely relies on a body part that was never clothed to begin with, makes things a bit fiddly. 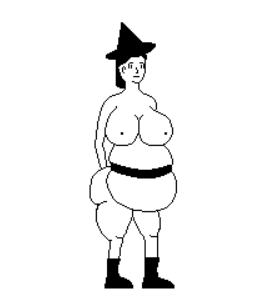 Okay, I’m back with a new version. I think I narrowed down the crashing issue to the card Reawakening, but I couldn’t figure out what exactly was causing it, so I axed the card. Other than that, I made some balance changes in line with feedback. You start with a few more tokens, but rewards for defeating enemies have been reduced to balance it out. Also, a few cards had their costs or effects changed to make things more balanced. Perhaps most notably, I took another shot at the art (faces, specifically). It’s still programmer art, but I think I’ve got the characters looking somewhat more feminine, and I removed some redundant files that I had left in by mistake, so the filesize is smaller. Even though the jam ends here, feel free to keep leaving suggestions, as I may continue development. (Possibly on the agenda: 2-player mode, a background, delayed text to make enemy turns easier to follow). Anyway, enjoy!

Took me a little bit to figure out exactly how the system worked but managed to get there just fine and the game turned out to be pretty fun! (I will admit I spend almost all my points on clothing, only buying cards for the final round lol) The only thing I will say is it may be best to not have one pitch black screen and one bright white, it hurt my eyes just a little

— Great job! Ive not really played something similar to this so it was quite interesting! Especially the goal of bursting the opponents clothing was quite unique for a game of this style

I took another shot at the art (faces, specifically). It’s still programmer art, but I think I’ve got the characters looking somewhat more feminine

I could definitely use an artist. I intend to wait until the judges are done before releasing a post-jam build, but I’ll message you right away.

I enjoyed this game a lot. As someone who plays mtg a lot, it really spoke to me. My only criticism is I wish the actual box with the info in it was bigger. Cause Im blind as

I definitely liked the duelling aspect! I can definitely see this having legs as a rogue-like deckbuilder.

This is my first time playing a game like this and i cant type in the the window to start the game. Pls help.

The text window doesn’t take input. You have to enter the numbers after clicking the graphics window. I had originally intended to have input in the console, but this caused problems with the OS thinking that the game was frozen.

An interesting concept for a card based fetish game. I like that health is based off of the cloths and the point is to expand the opponent till all their clothing falls off. My only major complaint would be the use of the console holds the UX back and without good dividers on the console window it can be hard to keep track of what is going on. Would like to see it polished up with better player feedback and UI personally.

I think this is a pretty great fitting entry for the theme. It’s a bit random and would really do well if there was an actual deck builder? But i like the game as what it is - a proof of concept

First off, gotta say that I love the concept of this one, specifically the mechanic of needing to optimize each turn by getting rid of all/most of your tokens while trying to increase your “damage” potential on the enemy as much as possible. This is an interesting take on resource management in a card game, and I think it works well within the context of this fetish.

Really, my main complaints here is just the lack of other content. The design here is great, I’d love to see it expanded on with a proper interface and graphics as well as a possible story to tie it all in together.

Definitely an interesting and unique way to have a game which makes it stand out and the art definitely was fit with that. Definitely unique and interesting, I applaud the attempt at doing something a bit different. You don’t know if its going to work unless you try. Good effort!