I’ve been skulking on this forum for a while, until I finally decided to start working on my own WG-related game.

I’m still at its beginning, but the journey has been crazy since

So armed with good will and some patience, I started doing stuff. 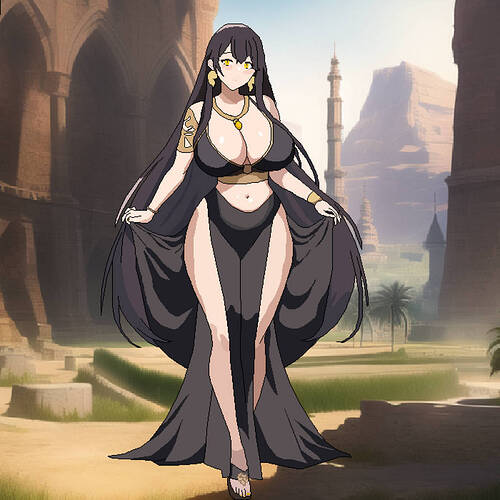 My idea for the game

Making an RPG with multiple endings about the Journey of the Main Character.

The game will also have a village/guild management section, in which you can interact with your followers.

The story goes as following:

The main character will travel across different kingdoms, meeting lots of characters with quests.

He can use different methods to induce possible followers on the path of gluttony, and this contributes towards a certain Karma point system, triggering the endings

Now, I’d like to “steal” some cool mechanics/ideas from other games I’ve played.

What do I need now?

For the moment I’m in no rush, drawing characters, thinking about the story and so on.

I checked for possible plug ins to implement some ideas from point 3 and for some stuff, I’m not sure it’s possible to make it happen.

Since my proficiency with RPG Maker (or any other engine for what matters) is extremely limited, I would probably need a collaborator to make the game part of this project actually happen.

Eventually, I’ll learn how to do it myself, but it’s a matter of months if not years since I start from scratch.
if anyone is interested in collaborating, let’s have a chat!

Welcome to the forums! Seems like you’ve got a pretty solid roadmap for the game, and some great artwork!

Looking nice. I will watch this project with gusto.

Jack-o-nine, FC, Vale City and Fire Emblem all rolled into one game?
Sounds amazing, looking forward to it.

gotta say the art looks really good! exactly the type of WG i like