A curiosity, are y'all into monsterfolk?

kind of a nonsense title, but im curious. I’m developing (very slowly) a weight gain/TF themed monster dating game (in twine) set in my oc universe, largely for myself, but i figure other folk might get a kick out of it when its ready and it got me thinking about like, outside my own personal interest in monsterfolk, like do folk actually like monsters? I’m big into freaky bog wife messes and spooky stuff, lmao

so like, these are a handful of the characters im working on, and will eventually have as date-able options in my game, which one, if any, appeals most to you?

God, I don’t wanna be that guy who ALWAYS says this in every chat website ever, but… It depends on the context. Good god I hate it when people write that, it’s just like, “Well gee, I see you used all of your 2 braincells for that answer, Einstein.”. Sadly, this time it really is an “it depends” reply. I say this, because are we talking about like cat girls? You know, the ones with just ears and tails, but nothing else? Or like, it’s a “monster girl”, like half monster half woman. If this is the case, then I really don’t like any of these, but if it’s like, say, an actual motherly ROBOT, then I love the idea! (I mean, I voted for the buff minotaur, I just used the robot as an example lol)

This may seem like I’m shitting over the fun here, and I don’t blame anyone if they think that, but I just want a little clarification is all. Anywho, sorry for really dragging a simple “can you explain this more” into a high school essay, but that’s what I wrote. Again, sorry I basically wrote this like a reddit moderator, but other than that, I hope everyone has a swell day! ;D

haha to be fair i agree. I’m not into “monstergirls” where its just like a human with horns or cat ears or a tail or whatever

but with humanoid personalities behind the nightmarish veneer ~

a skull faced beastie with the body of an octopus but the personality of sweet ol’ waitress in a southern dinner. that kind of thing. lmao

“Monsterpeople” aren’t that far removed from furries. Am gay dude, but possum girl sounds fun to hang out with. There’s potential with like, mad science shenanigans and such.

Yes, as long as we don’t stray too far from humans, the only ones i don’t like here are the automaton and insect queen

I’m pretty open to anything attractive: human, monster, furry. As long you aren’t trying to be grotesque for show how you are a REAL DEAL MONSTER FUCKER, I think people should be more open to interesting designs outside of the typical human look.
-Taur-like bodies, snake legs, multiple heads and limbs, horns, tentacles, giants, shortstacks, monsterfolk give you plenty of design ideas that you should use, especially in the world of fat.

I do have my own human preferences, sure, like having hair, no udders, no snouts, that stuff. But I feel like people can afford to push the ground in terms of monstergirls. I may not respect the Monster Girl Encyclopedia as much as most people in this fetish do, but I can say that it is filled with genuinely creative designs that could function as unique races in less…rapey settings.

Insects are the only ones that bother me, I don’t know how to describe it but the “brittle” bodies and fuzzy fur really make me freaked out

That swamp mermaid thing… it has given me ideas. Thank you.

Personally, no (though i’m not inherently against them) but just judging by the Eat the Dungeon topic, there are a LOT of users here who are.

I’m into a lot so you have to get really weird before you hit my ‘no, please’ line.

That being said I tend to like more humanoid body types for weight gain.

I’m sure all of the options would fall into my okay box at least, unless you really went out of your way with the monster side of it.

As the small vocal minority, I actually like designs that are 50/50. Akin to incorporating monstrous features to human ones ( i.e. different or multiple eyes, different body types and general personality for species )

The only piece of media that I think l has some immaculate monster designs is Monster Girl Island (No fats in game or planned, unfortunately

when you mentioned monsterfolk my mind jumped right over stuff like furries and like vampires and went straight to frankensteins.
Like I’d totally be into a guy like Viktor Darkstalkers but he isn’t exactly my type you know so I don’t know why that was my first thought

For a poll like this to be representative, you need to give each person the ability to pick more than one option. There might be a bunch of people that support some of the less-voted ones as a #2 and some with lots of #1 votes that are more niche but have a strong core fanbase

I Answered that I prefer normal girls but because no one in the list seems really more appealing to me.

Everything on the tier list above, is good, in more of Centaurus and other half girl/beast or half girl monsters.

For summary I am open to everything, monster girl related at the condition there is a relative normal chest and bottom face, no udders and no snouts.
Example in picture: 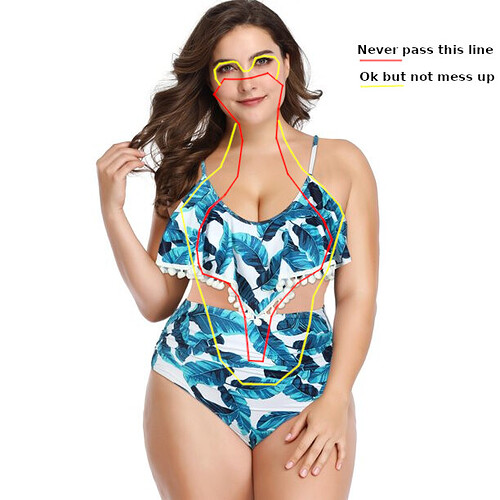 I know this is a bit odd how I’m just throwing this in here (sorry), and I know this isn’t on the list, but I wanted to know if a monster species similar to Naru from Ori and the blind forest existed or not.

Here’s a picture of her in case you don’t want to look her up: 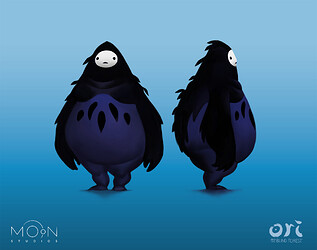 I know this is from a game, but I just feel like she had to come from some kind of monster species, and I’m too curious, so I asked this question, just in case some monster historians of some sorts have the answer.