(Middles #1906 on discord)
I’m a person who enjoys to write things from time to time.
A weird and dumb OC centric series about fat punch girls.

And uh me and a bunch of people made a visual novel!!!

@
OK OK OK Here's the preview to the second chapter of the visual novel Go give it a look see, yeah? https://t.co/488wFuz5na 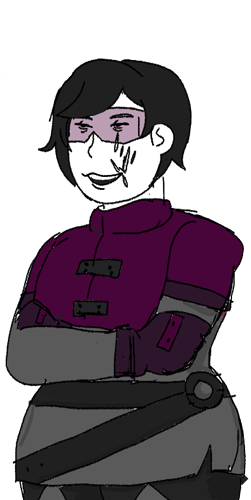 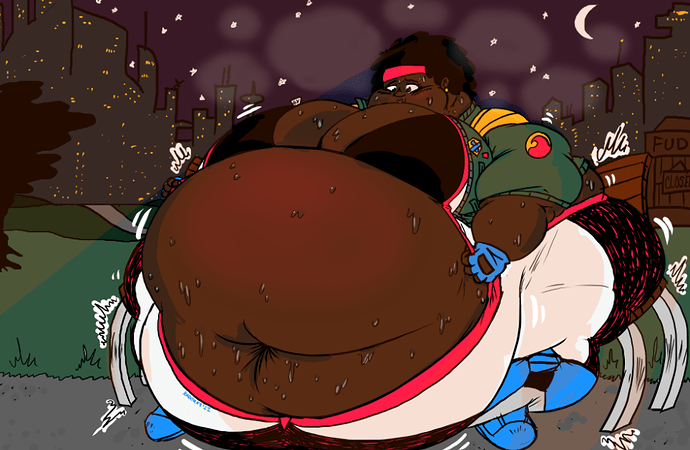 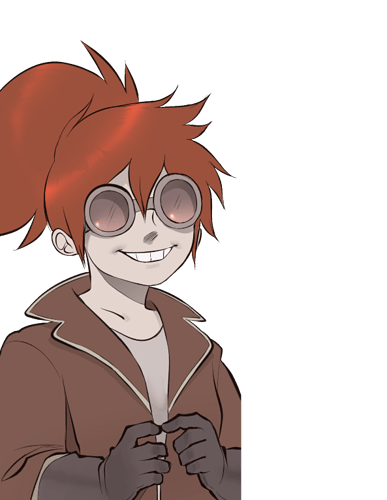 You can go get the SECOND PART NOW
It’s OUT! it’s BIG
it’s HERE!! 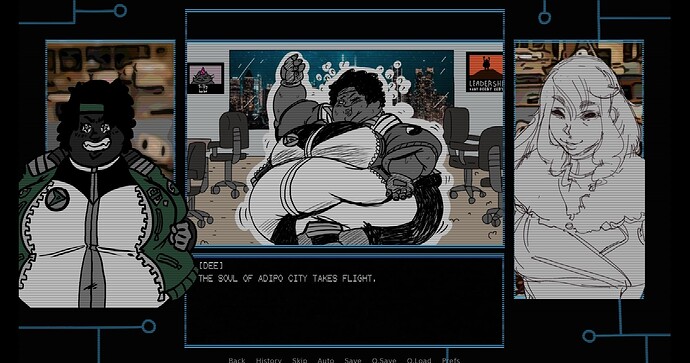 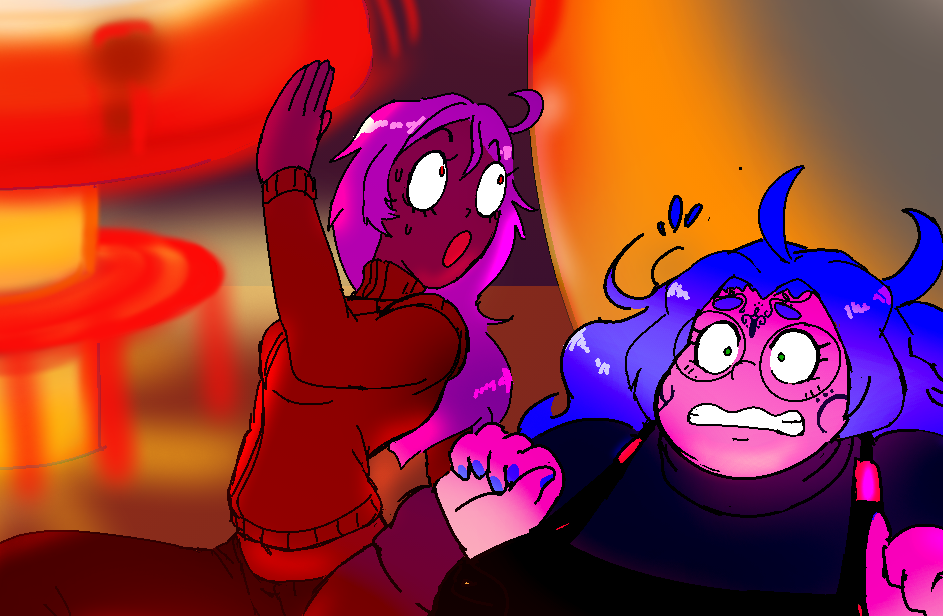 What I think is that this is awesome and thank you for sharing it!

Thanks a bunch!
Super glad you enjoyed it!

It’s cool to see a story that’s been developing for five years, stay on track and include the employees into the game itself.

Thanks!
I hope you enjoyed!
And I should clarify that this is purely a collaborative effort and any money this makes would be going back into the people who help it a thing.
But ya everyone will be credited both in and out of the game. As of right now, it’s only the people who have stuff in the demo.

That was absolutely amazing! I’ve never seen a visual novel done in that kind of style before. I really like the characters and their designs. I can’t wait to see more. Amazing work to everybody who is involved with the project

Thank you!!!
I will relay your message to the rest of the team

I was going to make a bangin joke about her chugging from the gas pump, like in that one old slob story… then she actually tried it. 10/10

I haven’t caught up on the Ballad of the Baseball™ yet so most of the plot flew over my head, but the beeping SFX while text goes by is cool, and it’s nice to get a visual picture for the characters (I know there’s quite a few pieces of art, but it’s much easier to remember like this). The Codec UI is really sexy too

Thank you!
I’m trying to like
have previous stories be sort of “easter eggy” type stuff. Throwbacks for fans.
The ocverse I write in is like really big anyways and I fully expect people to just like jump into this without reading any of the previous stories.
So you don’t really NEED to read Baseball is the goal and the sequence at the tail end is sort of the premise for what’s going forwards.

Uhh It’s been long enough so I figure I’d drop at least a LITTLE bit of an update.
In case you’re not like, following me on other social media thingies.
But uhh it’s still going strong!
We’re approaching the end of this first chapter and we’re just rounding up all of the assets and stuff.
I learned a lot about project management and blah blah blah
So future parts shouldn’t be so big and will likely come out way more frequently.
Thanks for waiting ya ya 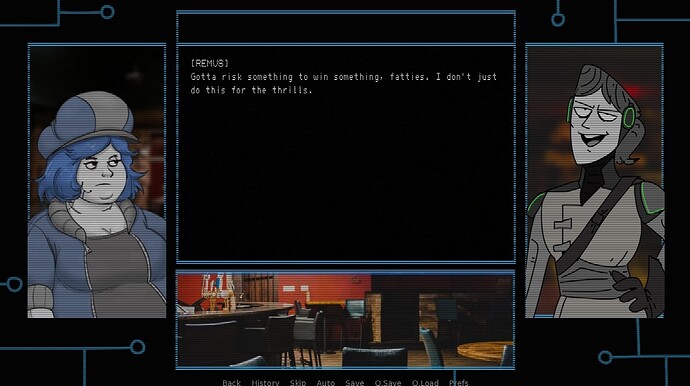 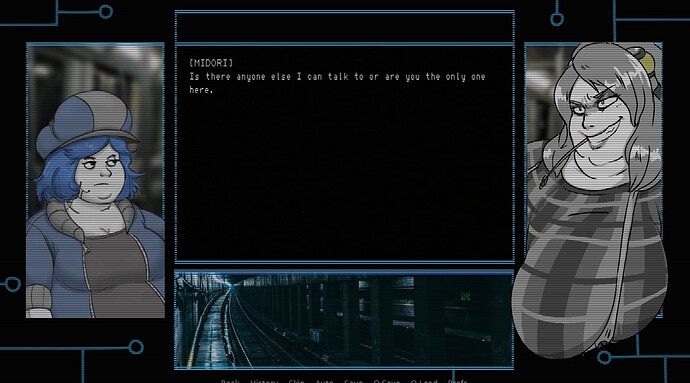 Would it be possible to have the option to disable the faux-crt overlay on the text? I know it’s part of the look, but I find the text really hard to read like this. Actual crts used for text were never this bad, being set up with the beam slightly out of focus to avoid this problem. 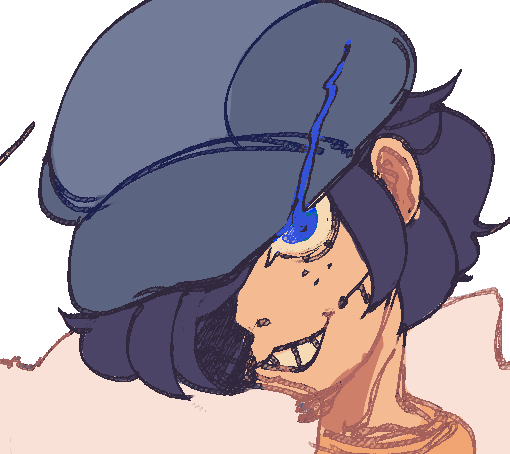 HEY!
THE VISUAL NOVEL!!
IT IS OUT
AND DONE
AND COMPLETED
AVAILABLE FOR DOWNLOAD 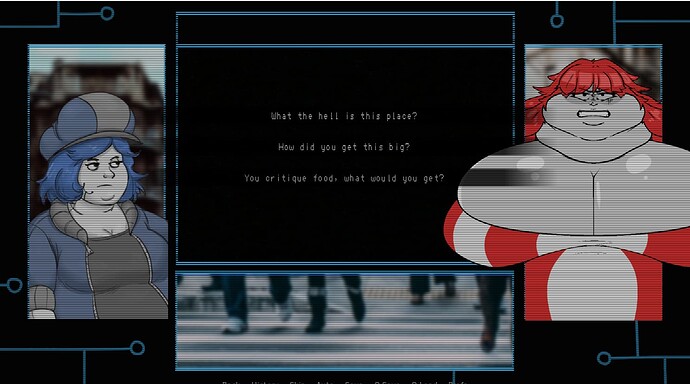 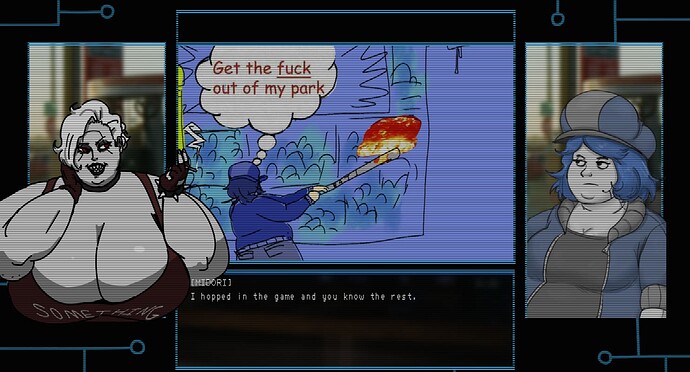 Just played it and I love it. Amazing job with the writing and the art. I absolutely loved the characters and the entire story. I also obviously loved the weight gain and other kinky stuff. I can’t wait for part 2, I really enjoyed everything. Great Job and keep up the amazing work!

Thank you so much!!
I learned a lot about project management and everything
Hopefuilly part 2 won’t take so long (or be as long) as this one haha.
Thanks for reading

Just checked out your DA and I love the stories you have made. I have two questions do you think you will ever start a discord? Also did you ever consider voice acting for the VN?

I don’t really have too much time for a public discord but I don’t really think I’m too hard to reach.
As for VOICE ACTING???
Wow uh
idk
it’s like a huge other thing we have to organize and this project isn’t exactly making any money for it to be worth doing.