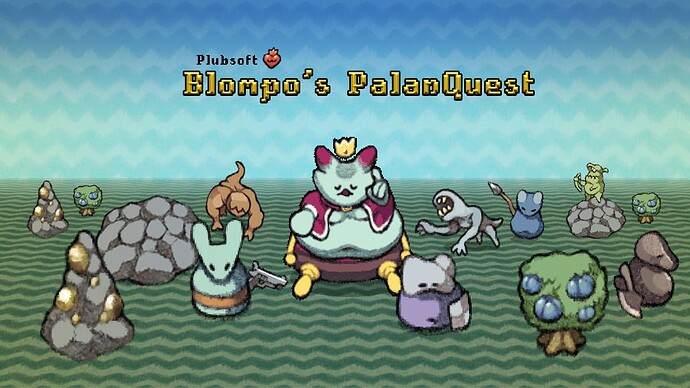 Guide Prince Blompo and his band of merry serfs in an RTS horde-battler!
Blompo gathers goodies and fights enemies from afar, using his squadron of minions to do his dirty work; but be careful not to stretch your troops too thin, you need them to be carrying your palanquin to get around! 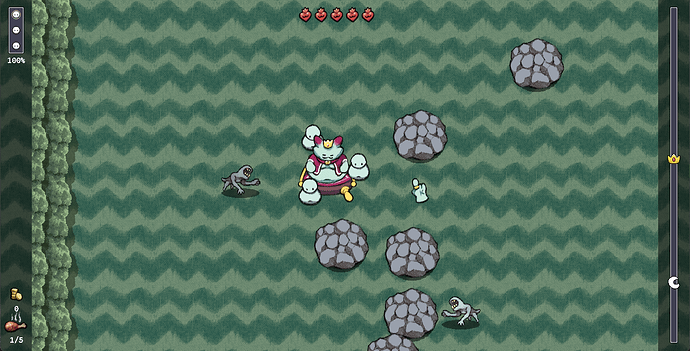 Travel North in pursuit of a mysterious and assuredly decadent Gala; take care to outpace the setting sun and the perilous onset of Nightfall!
Build a squad of minions to your specifications at the shop inbetween stages. Collect food to upscale your Blombo and his palanquin for additional minion capacity

Gamer Card: Minions, Death makes You Stronger (Memory System: A non-basic minion from your last run is stored and added to your starting party the next run)

you kind of deal with a rush of enemies as soon as stage 2 or 3, and add to the fact you might not get enough food to upgrade Blombo in stage 1 (I think the trigger for the level up is bugged as you need one more than the shown amount needed), that and since dying causes the game to crash, every loss is a major setback.

This is great! Reminds me a lot of Pikmin. It does feel like sometimes you just get swarmed on all sides out in the open and there’s not much you can do about it, though, and since getting hit means the enemy disappears with no loot it can quickly compound into a loss.

It also feels a little bad when a pack of enemies drops nothing but health when you’re already at full. Might feel better if there was a way to save them for when you’re damaged, or if they just counted as regular food if you’re at full

I genuinely think this is a pretty fantastic game. Having to balance the tasks you delegate to your minions with having them carry you so you’re not entirely helpless, the dark constantly pushing you forward but not wanting to go too far so you dont spawn more enemies, choosing between fighting enemies or gathering resources. I feel like I was making small, impactful decisions every second. It’s really damn engaging.

There are some frustrations though. Mentioned above, having piles of health when you don’t need it feels pretty bad. I think the suggestion they made works well enough, have it count as EXP. I’d go even further with that and make all food work like that, except for maybe blueberries which would purely be a way to level up. Another issue I had is with the RNG sometimes being a little rough. Perfectly clearing a level but still not having enough gold to buy the extra minion I got feels really bad. I’m not sure how you generate the levels/resources, but maybe having some way to control exactly how much of each resource spawns per level might be good.

Last two issues I had are the throwing mechanic not feeling impactful enough, and the minion task priority feeling a little off. I like the idea of the throwing mechanic, a last-ditch effort to escape a swarm, but it leaves you vulnerable. I just didn’t really see a use case for it, as it doesn’t really let you “escape” anything. You could either make it go further or make it so that minions can throw you over rocks. Maybe even make it so you do damage while you’re being thrown, or if you land on an enemy.

I did notice that some minions were chosen to do tasks first like the axe guys attacking, but I’d really like it if the fast rabbit guys were always the first to go and pick up items. That’s minor though. The last change I’d really like to see is for unattacked enemies that are within a small range from you to ALWAYS be “selected” first. A few times in the same run I ran into issues with enemies rushing in and accidentally sending multiple minions to one enemy, when I would’ve like to pick different ones. That’s very hard to do with a mouse when enemies get really close, and I think a priority system like that would more closely match the players intentions in that scenario. Maybe you disagree, IDK.

I think you have a really good, engaging game loop on your hands. With some tweaks, a fix for the crash, and making the game-feel better than it already is, you’ll have a project really worth taking forward, adding content to, and releasing IMO. You wouldn’t even need to tone down the kink stuff as I think it’s relatively understated. IDK, sorry for ranting I just really had a good time with this game. I see a potential gem.

As a followup, I had decided to bust out Cheat Engine to just see how big and how far one could get… and was kind of disappointed that the prince only really has 2 weight sprites, his default and the larger one. That and there not being really any sort of ending (for now) (which makes sense tbh), just kind of… well, deflated my enjoyment. Gameplay wise it’s fine aside from my noted issues, that and the shop sometimes just never gives you the axe dudes to help cut through the torrent of enemies that show up in the later stages. Also a lack of telling what each unit does up front aside from the rabbits makes prioritizing who to go where a bit of an issue without doing some experimenting first.

It is a great shame that I didn’t have the time to make more weight stages, I might be able to sneak in a 3rd tonight but the game loop had to come first.
As for crashes and last-minute bandaid fixes, I’ve lowered the difficulty scaling speed by 20%, which may or may not amount to anything, and a few other things. 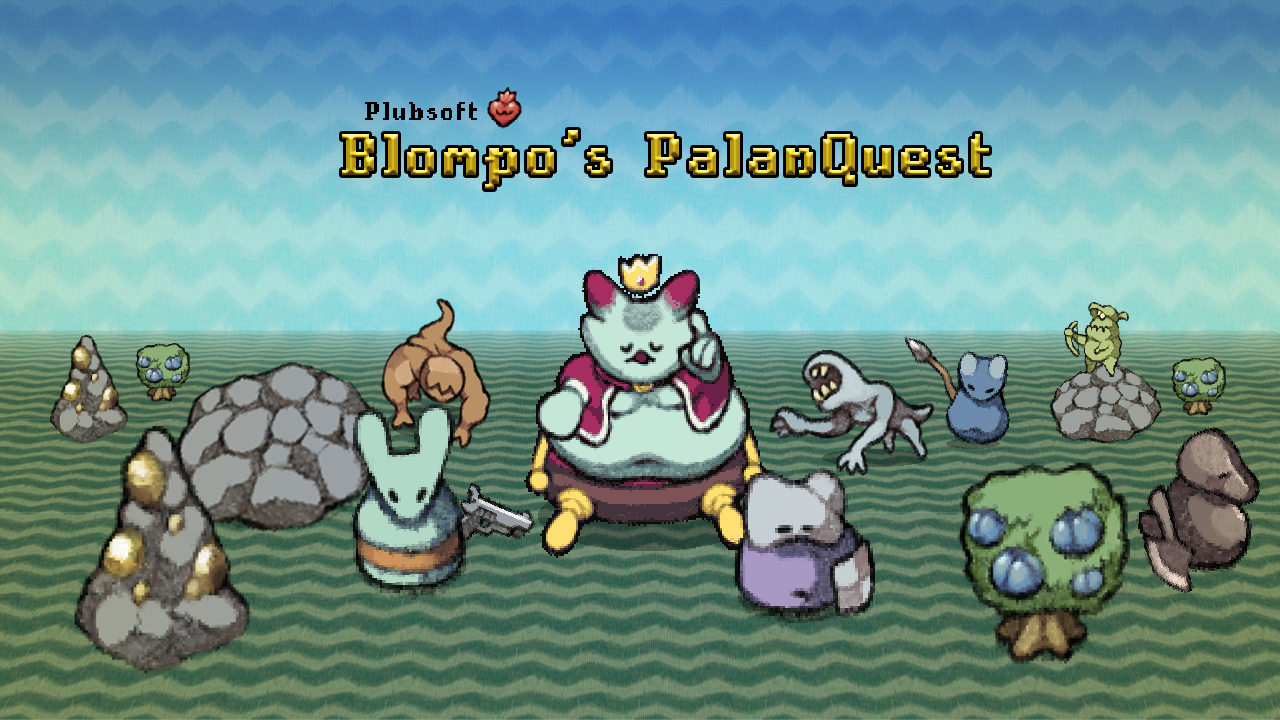 Okay, I’m a dunce, clearly… because I didn’t know til now you could move the paln with WASD… I was just yeeting the prince around to everywhere.

“Yeeting the prince” made me completely lose it. I’m dying rn.

One of the most addicting games of the jam I’ve played so far. Nails that hectic arcadey feel of barely holding on as you rush around trying to get enough to survive the next screen while not dying on the current one. I also like how getting more dudes not only scales your power by… having more dudes, but you also can afford to send more guys out at a time while still moving. The art’s great, the sound is great, just a solid game all around.

Some fantastic, hectic arcade fun! An ending would be nice, but as it stands it’s pretty dang enjoyable.

An idea could be to have different “formations” unlocked over time, which the player could program a set sequence of minions to deploy. From there you can toggle between different formation sequences if you want to send out a flurry of axe minions or a gang of worker/runner minions. It needn’t be too complicated in that you don’t need to program specific minions, just the minion types/icons will do.

I also love the idea of using the prince as a weapon once he’s big enough to be hurled at to flatten enemies!

This is a pretty fun game! Although once you get big enough and have so many palanquin bearers, at the upgrade screen you can’t even see all of them.

Also I recognize there are the regular guys, the rabbit guys that are faster, but I couldn’t really tell the difference between the guys with the axes and the guys with a rock. What do they do?

here’s a tip i found for y’all: use the scroll wheel to cycle through all currently idle minions, and then you can choose a specific one to do a certain task!

ideally i would have time to perhaps allow the sell screen to scroll, or simply cap the amount of units you can sell onscreen per shop
as to explain the units, the green guys with a hammer attack slow and deal a ton of damage, the axe guys attack fast and inflict more damage than average, and the purple guys with a bone for a head knockback enemies in a radius

adore this! i really really hope this get works on after the jam, blombo is so CUTE and id love to see him HUGE

Well I managed to get the entire minion bar off screen so I figure I’ve played enough to put in my two cents. This game is easily very high on my list of favorite games this Jam. The art, sound, and general atmosphere work beautifully to create this odd otherworldly experience of a little cat-looking slime dude ordering people around as he’s brought from point a to point b while the ever encroaching Nighttime beckons like some eldritch force behind. It just works. And it’s fun. And the difficult increases in such a beautiful way that late game runs feel like you’re surviving by the edge of your teeth. And it’s fun and it works.

It’s hard to say what else could be added to make this better past a couple QoL things and More. But it all works and it’s fun and have I said that already? Excellent job.

I enjoyed this quite a bit. I’ve had a similar idea for some time now and it’s nice to see another approach to this

I really enjoyed the knockback guys, since they offer protection but it also being disadvantageous to kill enemies far away from you makes for a nice dynamic.

the bunnies felt like wasted potential to me. because they are basically useless at everything other than garbing things it’s not worth sending them to do anything else (unless I’m missing something). but because you have to fiddle around with what guy you are sending out to fetch the thing you waste more time than you save by deliberately selecting a bunny to fetch something. because of that I never used them, if you could bind a button to send out x type of guy, instead of basing it on order, would help a lot with that.

the other minions felt alright just a bit standard compared to those two. I would have liked to see them be more distinct rather than “standard but does more damage”.

throwing the player felt useless. most of the time when I felt I would need it was when I didn’t have enough minions to send out to defend be, so I didn’t really have the minions needed to be thrown. another problem is that you don’t get very far away from danger doing so. it would need something to make it worth while if it is more range, letting you go over stuff (like mentioned previously) or reworked to be more of an offensive option rather than defensive one, I don’t really know.

it would be nice to see this game more fleshed out