I’m actually surprised it took this long for someone to post about making the characters fat.

Everybody is too busy playing lol

Good point about that.

No explicit mods yet but some images showed up of a user making some massive thighs. Perhaps I’ll make an account and ask them how it was done.

This user has not added anything about themselves. 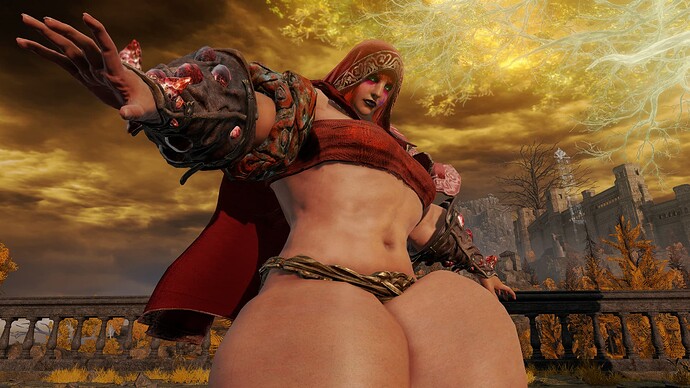 I should also say that coldsteelj has made some solid mods for characters in the past.

From Deyrax:
"I just looked for body slider addresses in Cheat Engine, then modified them to my liking. This is cheat table (.CT) requires Cheat Engine (7.2 or later) to be used in conjunction with Elden Ring to allow modifying of in-game data without running internal mods.

Make sure that when using cheat engine you aren’t going online.

Okay manage to do a quick test run. I can make the character chunkier though as one might expect at larger values the body or the armor starts to look a bit weird when moving. Again the values are lost every time you quit the game.

My steps were as follows: 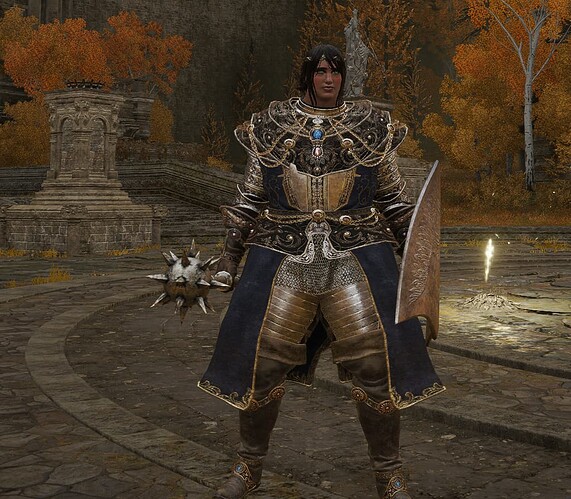 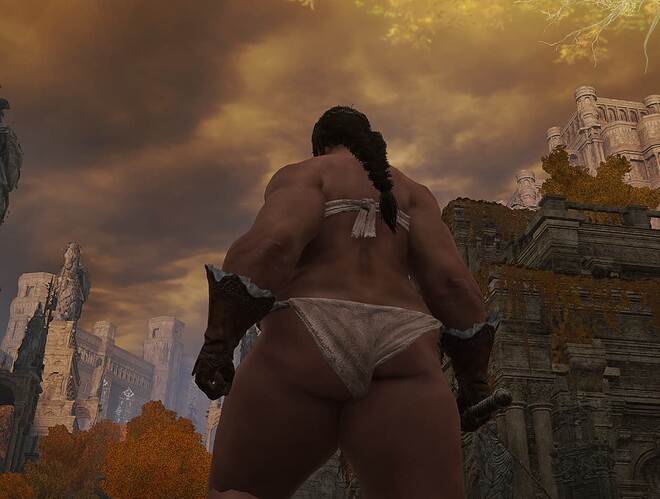 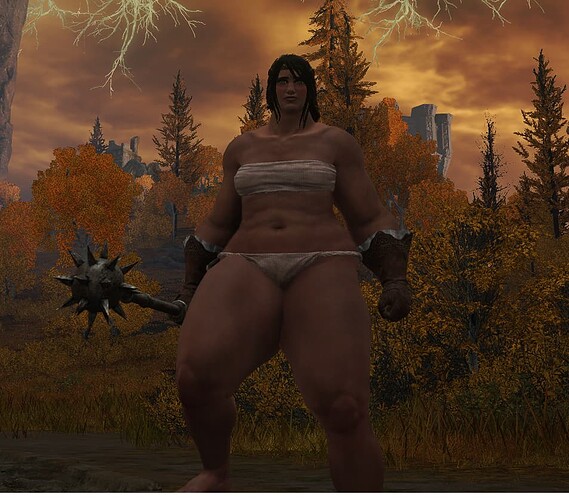 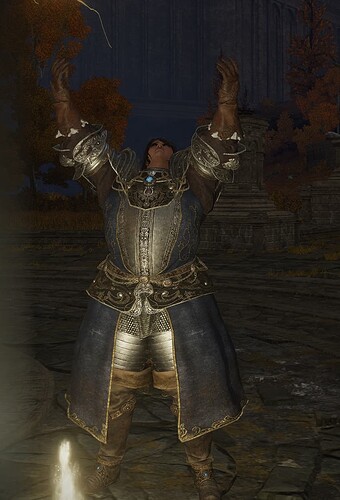 I think some next steps to improving this would be as follows:

Might I remind the good folks in here that there is already a pretty sweet looking fat piece of armor in the game? 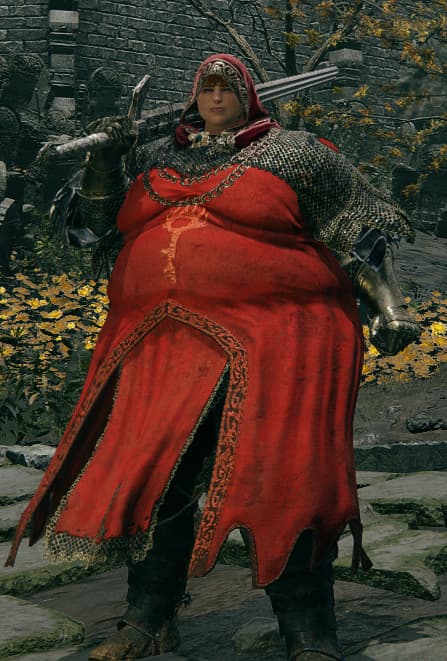 This may actually be a great place for me to start modding. Rather than building a base mesh for the whole character from scratch I could just modify the armor to look feminine by pulling some geometry around.

Ah the Fire Prelate set, one of my favorite armors to wear. Its altered version is pretty good too. 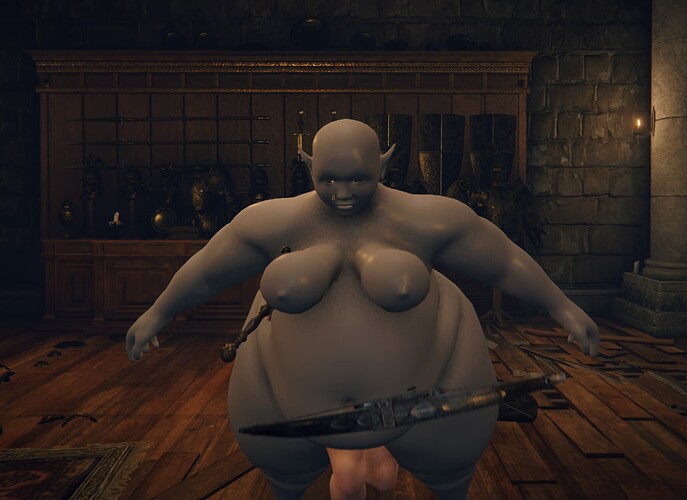 BBW_Elden_Ring_Test1719×1251 107 KB
Lmao an attempt was made by me yesterday using my model from this thread
Anyways running into an issue where my my resized model is reverting to its previous unscaled pose. Once I figure that out I think I just need to weight paint so that it can follow the animation?
1 Like
Full_C June 17, 2022, 5:36am #15

In the meantime here are some chunky mods other people did.

General shape of that model looks pretty good! Hope you can get it working fine soon!

Managed to get it animated but some crazy stuff is happening probably because this was a test and I did not pose the finger properly. Hopefully weight painting will fix the other animation issues. Finally I’ll still need to create textures and hair.

For whatever reason the drop link to the video isn’t working.

what tool did you use to import your model into the game? and does the tool let you adjust weights or is that something I’ll have to do in blender?

You use flver editor to import the models and textures and yabber to unpack the item you want to replace. Unfortunately, you do have to change weights in blender, I’m too lazy to get every sing link so I’ll just give you a video that has them and can help you with modding.