First off, if you don’t know what ExpanD&D is, I’d recommend you give it a quick eye. As it’s said in the title, this campaign setting has a lot of mechanics based on that entire ruleset, so I’d advice you check it out before checking this one.

Second off, since I’m also running an ED&D discord server, I’ll take the chance to shill ot here. Not terribly active, but with a couple games going on, and more in the horizon. It’s the place where I’ll be testing all my campaign docs before putting them anywhere: 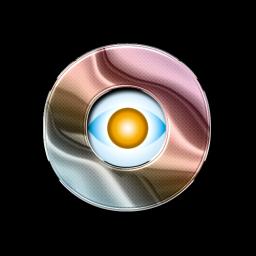 Check out the RetroFeed community on Discord - hang out with 164 other members and enjoy free voice and text chat.

Now that that’s off the way:

The Retama Campaign Setting is an ExpanD&D document I have been working in earnest since April, roughly. My primary focus while creating it was to explore a number of ideas when it comes to telling smaller stories in a larger overall setting, as well as a way to rework an old CYOA doc I built many years back, when I had no experience whatsoever with D&D. The setting of that CYOA was very similar to this one, and save for a rather impromptu race which should be quite obvious, all the others were present in the previous document as well.
When it comes to kink content, I’ve tried to focus on how it relates to the overall narrative and the development of the region itself. As an example, many of the fire spells in this document are spells crafted by a druid that learned that utilizing oil as a catalyst could enhance the power of her pyromancy. Of course, there’s an unfortunate side effect to using oil, which is the gaining of however many pounds it is.
As for the classes, most (the archetypes) aren’t built from the standpoint of a kink, but rather how they add to the culture of the races they belong to. What they say about a people and their traditions. That said, there are a few kink-focused classes. All three based on several ideas, all of which relate to control of the physique in some way. Sounds obvious, and it is.
Talking about spells, save for a few, most are focused on the kink content and possibilities. While I tried to keep things relatively original, there are a couple of re-skinned spells as it goes. Nevertheless, wherever I could, I tried to portray ideas that I thought it’d be interesting to play around with, as well as things I feel like the original ED&D document missed. Not that there were many of those, but still.

You can see all of that in this here Homebrewery link. Please, note that the document isn’t still fully completed. As to why, that’s what I’m about to get to.

Recently, I had a bit of a situation with my PC. The HDD had become unreadable, though the reasons for that, I do not know. Thankfully, the tower I use allows me to replace the parts, and so I did. The process lasted a week, with most of that time spent looking for technicians able to do the replacement. I don’t trust these butterfingers anywhere near delicate machinery, less so when I’m dependent on said machinery.
Point being: The HDD got replaced and now I’m back with a working PC. There’s a caveat, though. Through many circumstances, these last few months have been rather complicated, and my income has taken a nosedive. As such, I wasn’t too surprised to find when my account, after the repair, was in the single digits.
In a mild panic, I decided to try and see if I could leverage the content in the campaign setting some. And I created a Subscribestar page. I’ll get back to that in a little bit.
Thankfully, I’ve managed to recover a little bit, thanks to an acquaintance that was willing to spot me for the month. But the Subscribestar page was still open, and I didn’t want to leave it to rot. As such, I decided to temporarily repurpose it. If you go and take a look at the document, you’ll notice there’s exactly three images. Two of those are placeholders, and I do want to get them replaced. However, in my current situation, I can’t do anything to the tune, as my income at the moment is still very much none. As such, I decided I’d be asking for help in this regard. Anyone that’s willing, and can provide, I would very much appreciate it. Moreso considering that even if, right now, the Subscribestar link is used for rather frivolous matters, I might have to go back to rely on it later down the line.

The Subscribestar in question

As for perks, I’m afraid I cannot provide much at the moment save for my most sincere thanks. I don’t want to put the campaign setting behind a paywall, and I don’t have much else I can offer in any other aspects. I suppose that, if support grows enough, I could work out some sort of system through which supporters decide what image gets made next, and are allowed to provide input on the visual itself.
Not too sure that things will ever get to that point, so I’d rather not sell the skin before hunting the bear. Best to consider that Subscribestar link a tip jar for the time being.

To finish off, and for the sake of it, since it will help me to some degree as well, I’m taking commissions for written smut. The details, rates, everything is in my twitter account. I wouldn’t recommend you follow unless you want an answer to the question “How horny can one man possibly be?”
As to whether commissions will slow down the production of the homebrew doc, I highly doubt it, unless the amount of them is outrageously high. Now, that sounds unlikely, and even in the event that it does happen, I’ll be ensuring I have time to work in both the commissions and the campaign setting.

Once again, let me reiterate. If you’re able to provide any sort of support, thank you so very fucking much. You really don’t know how grateful I am for it, and especially right now. I will do my best to make your support worth something, I guarantee you.

What days and time would this campaign be running?

As I mentioned in the post, there’s not really a campaign associated with this document just yet, unfortunately. I want to finish off the items and backgrounds first, and then I’ll likely move onto the development of the campaign itself. And even beyond that, I’ll be testing it out privately to see that everything works well enough before going public.

I do know that someone in the server is planning to run a one-shot on Monday, if I recall correctly. Anything beyond that, I’d recommend you ask them directly. Server link’s right there if you’re curious.

If you do ever decide to make a campaign for this, let me know! I’d love to play a game like this!

So, there’s been a handful of changes in regards to this entire thread, really.

Long story short, recently, my Subscribestar account was approved for monetization, and my employment situation is getting a bit concerning, which has led me to reframe how I approach the content I’m making. As such, I have decided that the doc I’ve been working on to this point will be a Base Document. Primarily to have it serve as the backbone of all the proper campaigns that I do plan to start work on. And I say campaigns, because there’s not just one.

If anyone has any interest on what exactly is going on, I’d advise you check DisasterStarter on SubscribeStar.adult
That’s where the link for the Base Document is, as well as where I’ll be posting updates in regards to the progress I’m making on the campaign(s). Needless to say, in regards to the base document, it’s not entirely finished yet, though it’s only really missing a few NPC statblocks as well as a handful of corrections. Either way, I’m open to feedback in regards to it, and if you’ve got anything to say about it, feel free to contact me here, through DMs, on discord, or on Twitter.

But, as a way to sum up what’s presented on this post, what began as one singular campaign slowly unraveled into four possible scenarios. All of proper length, not modules or one-shots, with a quantity of content to be added into each. Classes, items, spells, so on and so forth. Now, I can’t work on four different campaigns at once, so I have created a poll to determine which one I should be focusing my attention on first. The poll is linked on that post up there, at the bottom. A strawpoll link. If you do vote, and I know I don’t need to say this but still, please read the descriptions of each campaign provided in the post itself.

And, as reticent I am to reiterate this, if you feel like the stuff I’m making is worth even a dime, the subscribestar link is right up there. I will take anything you can spare. God knows I need it.