most people know me here for my main project Feast of the Greedy, of which is ongoing an overly slow return to developpement.

Instead of starting projects i cannot finish, i planned on having a mod side project for stellaris: Expanded Lifeforms.

42000×623 115 KB
Stellaris is a space civilisation game around making a species and their government, then shaping their interactions with the other spacefaring species. Has of now there was only one thing that could have been interpreted has a fatty species in the form of the Rogue servitors. Playing Ai butlers who pampers their creators. 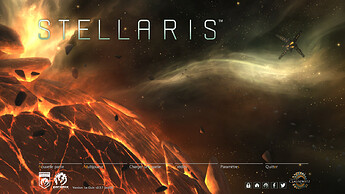 image1600×900 444 KB
The project is and may stay at small scale. focussing on species genetic traits and civics (government politic and characteristics. 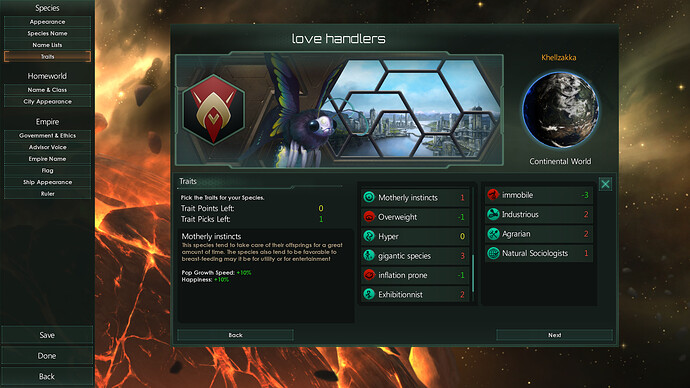 most traits relate to the increased size of a species, from overweight, giantess, inflation, hyper, immobile giving debuff to population housing (need more space for pops) with some of these also giving appropriate bonuses when applicable. Do remember that a negative trait in this game increase the number of good traits one can equip. So your immobile population who do not travel to other planets, eat more food and take more space could be the greatest warriors or scientist of the universe.

: Materialist X Corporate: opportunist bio-researcher ( reusing the lustful conglomorate concept for a more willy wonka esque culture that can branch out into research path or economic. goal is specific research building and potential custom ressources processed for an economic boost)

Democratic (the people chose): (goal: much simpler, an empire based around having each colony be their own little inter-connected democratic empire) each colony is implied to be still competing for their position through their own moral. (time to twist it into a feeding frenzy XD)

Dictatorial (single ruling the many):kingkabuto’s idea (goal, single upgradable building hosting the leader, each upgrade giving influence (ressource for claiming systems) and unity (get some major
empire upgrade over time) at the cost of a massive upkeep on the building.
Corporate: fast food chain (goal to affect the fast food chain building to produce debuff to the host planet and/or make it so it produce more for you and your host)

What is missing to complete the mod

The mod has been released! Here is a direct link to the steamworkshop page! 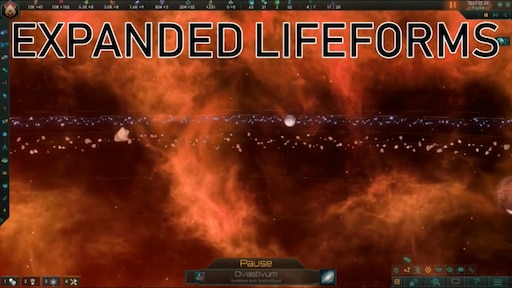 Check out the Expanded lifeforms community on Discord - hang out with 152 other members and enjoy free voice and text chat.

The only thing I can see that I would like added is a sex-slider that can, optionally, decide which sex “benefits” from the fatness.
Some people don’t like fat dudes, for example.

the mod does not affect the population/ alien portrait. for it, you would require somebody to make them. description could imply male or female based expansion. by keeping it has neutral has possible, the players can decide in their mind who gets fat within a population.

For now i will just play my mod with a more suggestive portrait mode for my own species.

This is pretty good, unfortunately, I only have the DRM free version of this game through GOG, would there be a possibility to have an external download link for this mod? If not, it’s fine, I can probably figure out how to extract it

You can play the mod without the DLC, it will only prevent you from playing the opportunist Bio-researchers

The only thing I can see that I would like added is a sex-slider that can, optionally, decide which sex “benefits” from the fatness.
Some people don’t like fat dudes, for example.

As for civics there could be one for Hive Minds to want to feed their “queen”, or the leader of the Hive Mind. It could be called something like “Caring For The Leader”, “Massive Master” or something along that. This could be pretty hard to implement properly though.

Or instead something to go with the “Devouring Swarm” civic. You know, since it’s a devouring swarm.

Another civic that would be interesting would be a giantess civic for militarist empires. Something like that it is in their nature to wage war as they are larger and on top of the food chain. It could reduce the cost of making claims, or increase fleet capacity.

And of course a hedonist civic for materialist empires. This could increase greatly happiness, yet largely reduce food.

Those are my suggestions at least, hope to see some further development soon.

the mod does not affect the population/ alien portrait. for it, you would require somebody to make them. description could imply male or female based expansion. by keeping it has neutral has possible, the players can decide in their mind who gets fat within a population.

For now i will just play my mod with a more suggestive portrait mode for my own species.

For the other forms of government, I don’t think they really need to tie in, since they shouldn’t impede a society from having an obesity “problem”.

Now THIS is something! I haven’t played Stellaris in a while after the more resent updates, but heck, I’d play it again if it got itself a fatty mod! As far as civics go, some summations of possible civics for each.

Pacifist: Something about bringing peace by ending galactic hunger.
Militarist: Weaponized fat/inflation.
Authoritarian: Only the fat/inflated are fit to rule.
Egalitarian: Fat acceptance movement.
Spiritualist: Worship of obesity or inflation.
Xenophile: Exploration of species through their cuisine.
Xenophobe: View of those that are not fat/inflated as wrong.
Hivemind Gestalt: Ravenous Hive except it’s focused around feeding a utterly, massively obese queen.
Machine Gestalt: Ancient paradise world AI that seeks to perform it’s primary function, feed everyone, upon the galaxy.
Democracy: The leader is voted by how fat/inflated they are.
Oligarchy: The leadership is an elite few of heavily fattened/inflated.
Dictatorship/Imperialism: The leader is the single fattest/most inflated person in the empire and uses their power to maintain that fact.
Corporation: Fast Food Chain.

Right now i’m trying to set a base for militarist, has Macro warriors, put it that i could in time add a custom army option for this one providing early powerfull unit for a food/mineral mix hopefully. Has a test, i’m only trying to get the thing to work.

Thanks to everyone giving out ideas

I’l try to set up the basis for each overtime and start simple.

Little update! The Macro army work and the dictatorial fattening is almost within reach.

Had to learn proper syntax to isolate the army to the militarist civic and the building to the dictatorial civic.
Worst case all the stuff would have been accessible to everyone, but this was not the goal.

Next up will be the Bio-emulator protocols and lustfull conglomarate.
I got no idea how far in i will be going with this but at least all the wacky experimentation paid off!

I’m also trying to commission some art to use has a banner for the mod before it hits the workshop.
More than likely going to be commissioned from artofgorb! Check him out to spark your imagination

Check out ArtOfGorb's art on DeviantArt. Browse the user profile and get inspired.

Things are going smoothly!
Have a nice day

It’s probably way too early to ask, since this mod is still in it’s early stages, but could it be an idea to have a Discord channel for the mod so people can host multiplayer games playing with the mod?

I just feal like it would be a good way for the community to get together and in most other games with WG related mods servers are something you pay for, but i Paradox anyone can host a game. It good also be great for helping new players, and maybe even for testing the different aspects for the mod.

Just something I came to think of.

Could definitely be done. however,

Until i’m done proof reading the english/french localisation and have at least done a few more civics (4-5 unique ones that does not feel like copy-pasted repeats) then, i will consider starting the process for this.

Testing and proof reading is currently being done.
After that, only a few textures will need to be made for a basic version of the mod.

Public Testing will begin soon once i’m done with making the final touches.

Hope weveryone will have a great day!

I look forward to trying this out myself!

This mod will be a must have on release! 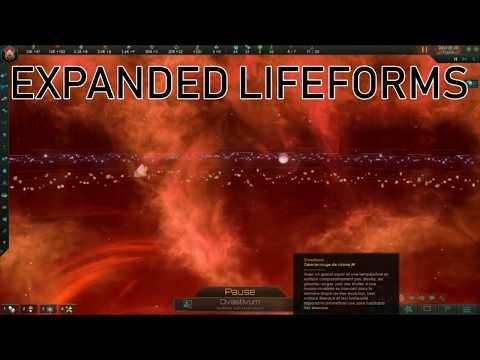 We are nearing release XD
I tried making a quick trailer of sorts.
We are only waiting for the proof-reading to be completed, then beta testing will start!

Now I’m really excited. The trailer was awesome, the music got kinda loud at the end though. Still, it was great.

Heck, even a trailer for the mod! I can’t wait for this mod to release <3

Scroll back up to the first post to see what is planned for the future!

Discord - A New Way to Chat with Friends & Communities

Discord is the easiest way to communicate over voice, video, and text. Chat, hang out, and stay close with your friends and communities.

Oh hey, I just notices to noted you’re using the idea I suggested for the Dictatorship government! Awesome, glad I could help give you an idea for this mod!

The mod’s release will be aimed at this very week!

It would be nice to have it be released on Wednesday, but therewould be a chance that the proof-reading would not be finished.

Have a nice day everyone!