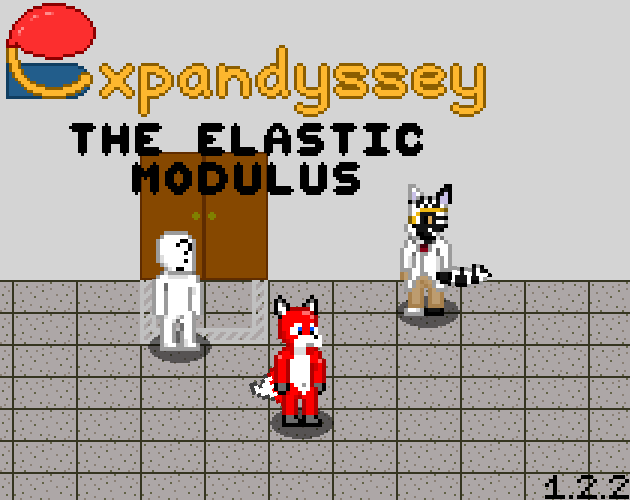 The game IS FREE! But you do have the option to donate which is very much appreciated. It currently supports WINDOWS and LINUX . Based on the Gain Jam #3 entry: Gain Trial - A Tt LEGO games inspired platformer

NOTE:
The reason that the game is still called Gain Trial on itch.io is because the current Gain Jam judging is still in progress. When the winners are announced, I will update the site page to reflect this. Until then, game on!

CURRENT VERSION: V1.2 Couch Co-op and Imports
Couch co-op, character imports, new characters, and a new level. Along with some other minor necessities to make for a better game play experience.

SYNOPSIS:
You join a cast of varying characters to help them ace the tests in this scientific facility that may push their bodies to their limits! In a style similar to beat 'em ups and mechanics of platformers, this game will test your puzzle solving know how by mixing average mechanics with varying “expandable” mechanics. Can you beat the challenges and help complete their research? (And did I ham this up yet? Seriously, this is probably the most hammiest way I’ve written a game’s synopsis)

Thank you for your time! Have a nice, safe, and fun day!

9 Likes
Any recommendations for belly expansion, inflation, etc. without weight gain?
Dose anyone have any suggestions on games to play
onipuck September 19, 2020, 6:51pm #2

Just a few things.
First off, the controls are a little janky, it took me quite a bit to figure out how to use the expanding items, probably should have put them on the itch.o page.
Second, Do you need to do the cycling through the abilities for the inflation items, or is it just a precise hitbox that you just need to run into and press the K button over and over again?

This next one is more of just a general question: What’s with the electric inflation? Is that a robot specific one, or is it merely an aesthetic choice to?

I think because the link to download the game is just an exe and not in like a folder or anything like that, it triggers my virus scanner and says the game is a virus.

@onipuck
I was tired when I uploaded it so my apologies for not writing things clearly enough. I did miss a few controls to put on the site, so I updated it and hopefully should be slightly more useful.
For the seconding, inflation items require you to just be within range, press and hold the [K] button to use. That’s my fault for not clarifying how to interact with objects, I’ll see how to correct that in the next update.
For the general question, so far that is a robot specific one. For the demo, I do agree that it seems like it fits weirdly into it as it seems all other characters can do the same abilities except for Ampersat (The robot’s name btw) which can only do electricity. I made it to pitch the idea that different characters can only take certain substances, though this is badly shown in that 4 characters can take the same array of substances (helium, water, food) with the electricity being the outlier. I’m planning to edit the characters in the next update so they can be a little more varied, so it’ll slowly become more diverse in development.

@DFlux_B
I am using Gamemaker Studios and apparently this is a false-positive, I’ve reconfigured it and reuploaded a new one. Please tell me if this occurs again as I may need to change some properties for the file, or at least figure out what part of it flags the anti-virus softwares

Thank you for bringing this to my attention.

If you put out a base set of sprites for them, I’m sure there are people out there that would be interested in making different characters for you.

Like I said in the Jam thread, very neat game, hoping for more!

Guess what everyone! It’s time for…

This update also has 2 new characters added: Big Bad Wolf (who has a capacity of 14, WOW) and Lucerna (who can consume fire, that’s pretty hot ngl). The game also adds a new level that requires one of the new characters to beat it! I will also be dropping a tutorial later on how to use this new modding ability I added (mainly to import your own custom characters for now

). You can read a tad more in this devlog right here! Where you can also download the newest update with ease!

Thank you for your time and feedback! Have a nice, safe, and fun day!

Not sure if it’s supposed to, but the Extras option in the menu just sends us back to the title screen.

@SRP Thank you for letting me know! Now I have another thing to add to the ever expanding patch list this update has caused >~< C’est la Vie…

The Gene Whicon DLC and a tutorial for how to add your own characters to the game is live! Modding: Character Add-on - Expandyssey: The Elastic Modulus by James "Kanto" Burton

Just released a patch with some minor additions such as new resolution, a new playable character, and some new mod support. You can read about all the new features and bug squashing here for V1.2.2 of Expandyssey: The Elastic Modulus:

Howllo and Welcome! I bring you the version 1.2.2 update! This update not only patches up more bugs, but it also adds some features that weren't fully fleshed out and supported in the previous update...

I haven’t added fanfare to the previous posts since I’ve been trying to rush getting these out. Especial now since I’m in the middle of a game jam with another one later. Development will resume in December, but hey! I’m taking these jams to try out some mechanics for the game. (So I don’t break my game)

And if you haven’t heard, you can add your own characters to the game! If you need help with it and/or would like to stay in touch, come join my discord server! For right now it’s request link for now until I get it working more properly. So just shoot me a PM/DM somewhere and ask for the link, and ye shall be rewarded.

Thank you for your time and support! Have a nice, safe, and fun day!

Cool, This is really nice.

Here’s my play of the game, i got lost due to the strange controls but was able to figure out the puzzles.