Games your Surprised hasn't had a mod

i would say huniepop i mean its perfect for a wg

I made mods for Xenoverse 2 long time ago, so I don’t think it count for this thread.

Yes, I know there is a character mod that has it, but all she gets is a little bubble belly and that’s it. I mean like a real MOD for don’t stave. I mean like what the actual hell, you’d think with such a popular game, and with THAT NAME, there’d at least be some more talk about it, but no.

As far as art goes, there’s some here and there, but mostly just vore and inflation, not fat.

Outside of WW, I personally believe that mods for most female mod classes (except Heavy and Pyro) would work for TF2.

Now I can’t get the idea of an even heavier Heavy out of my head lol (not in a fetish way, just in my head now)

KFC VISUAL NOVEL, How is Ashleigh not fat as fuck?

It’s a toss-up between being surprised and knowing why, but for me, it’s Elder Scrolls 2: Daggerfall (Unity edition).

Interkarma did an absolutely phenomenal job rebuilding this game, but what’s all the more enticing is how well he opened up the game to modding! No need to code if you want to create texture packs; a simple body replacer could be injected into the game in a loose-file (just copying/pasting files in the directory) system. Armor could be a quicker job than most, given how leather and chain have no variations, and how plate armor only has 3(?) variations. The real time sink would be working with the clothes on the paper doll, since there’s numerous variations and styles.

Aside from the If you want to add functionality and scripts, he wrote an API to call internal functions the game runs off of. There’s a modeling tool for the game, other Unity plugins, and a ton of well-made tutorial content to wade through.

The more I think about it, the more I want to give it a shot, personally

Undertale and or Deltarune.

I understand that the main characters of both are underage, so that would be a no go for both me, and this forum.

But, as many on this forum have said, sometimes you’ve gotta be the change you want to see, so I have experimented myself with modding [[CERTAIN OF AGE CHARACTERS]] and changing some parts of the game around it to make sense. If this ends up going somewhere then I might edit this post in the future, but for right now there’s been too much on my plate, pun totally intended.

My favorite thing was writing dialogue for a certain [[BIG SHOT]]!!!

Though, I guess if someone is down for a collaborative project then I’d be open to it. I’m just quite busy, and don’t know what I could contribute besides writing, coordination, and some minor sprite work, but if someone’s been working on the shadows on something like that I definitely would be glad to contribute what I could.

oh, i thought the most you could mod was turn big shot in barbie girl

Undertale and Deltarune, as well as (theoretically) any game made with GameMaker can be modded with special tools like UndertaleModTool. The difficulty comes I believe in the fact that it is a completely new program for people to learn, but if it’s only simple sprite replacement (and yes resizing of sprites is entirely possible) it’s not that much of an ordeal. 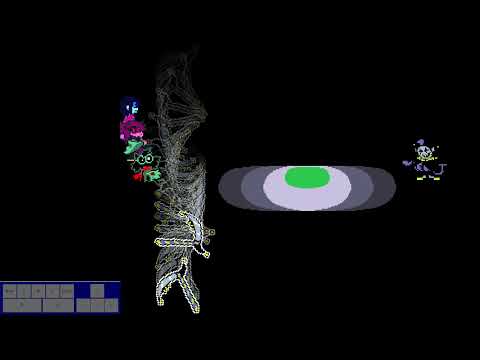 An example of a really high quality Deltarune mod that has a memey exterior, but internally has much, much more going on. This fight replaces Jevil’s fight from what I understand. Here is the GameJolt link. 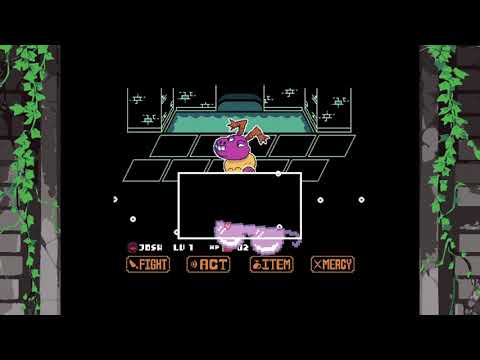 This mod is called Undertale: Bits and Pieces. It not only completely graphically overhauls the game in the areas it touches, but also adds completely new content as well, with everything from little easter eggs, NPCs inserted through community contests, and even fully fledged bossfights, as you see here. Here is the GameJolt link.

Ace Attorney Trilogy and any Dangan Rompa games. Even the Nonary game series. I get that they’re weab trash but 2d sprites should be easily edited and I need gals in those games fat. And while it may seem like they’re underage aside from two gals in AA and I think only one in the Nonary games they’re all 18+ and I don’t want fat Maya or Pearl etc I just need flabby Franziska.