So this is just a random idea that hit me for no reason while trying to go to sleep last night, so here it is, in a messy format because I’m bad:

You have two characters, we’ll call them Cube Poly and Orbo Poly. You control one at a time (or could be multiplayer???).

Several materials are available as upgrades, along with equipment. Ideas so far:
O2 (air inflation), makes character bigger and lighter, but not floaty. May be used if you must jump to a platform that’s too high up normally, but which has spikes overhead so you can’t just float up there, or to make it easy to throw a block over a pit where you need it in order to the climb on top of it.

He (Helium inflation), makes character bigger AND float. The more levels of inflation, the faster they float up and more distance they’ll float. Obvious uses, if you need to float up to a platform really high in the air.

H2O (Water inflation), makes character bigger, heavier, and sloshier. Character will slosh with every move, will jump with less height, and will be able to push heavier switches. At this point I should note that O2, He and H2O probably wouldn’t be able to fit through some doors, to add in dynamics.

Lipo (Weight Gain), makes character bigger, heavier, and soft. Character gains the weight of H2O, but will be able to fit through doorways. Could be used if there’s a weight switch through the door. Would need to be managed carefully, as it is only reset at the start of the next level.

Fitting through crawlspaces:
While Orbo can’t fit through small passages at his normal size, Cube could transfer Orbo’s size to an object (can’t transfer weight) to shrink him down enough to go through. Orbo would not be able to grow back up or inflate until he was close enough to the original object for Cube to transfer it back to him.

Or maybe speed/jump boosters. (heavier characters instead get to roughly normal speed and jump height, with the side effect that they damage some floor types upon landing after a normal-height jump at heavier weight)

Other (fun) thoughts that might not work/aren’t required:
Soda mode. (water swapped out with soda, bubbly belly, fizzy sounds, intermittent burps)
Different POV. The two characters could have a completely different view, similar to paper mario. Orbo could have a 2.5D view, and Cube a 3D view.
2P mode. Split screen mode, where one player controls Cube and the other Orbo at the same time, with their perspective abilities in tow.

What’re your guys’ thoughts on this idea? I might try to make this a thing as my first game, but I don’t think it would be good if I did??? I dunno.

This sounds like a really cool idea for a game, really well thought out!

Thank you! ^^ Now if I could just figure out how to learn Unity, I could make it… Heh, maybe that should be my resolution.

Soooo, relating to this thread, anyone here used Unity for a platformer before? Do you guys know if there’s a way to adjust weight through code? It’s pretty important for this idea, as the objects/characters must get lighter upon certain inflations and heavier upon others, but I dunno how to do this just yet.

could you also add in bursting/size limits? (H20)

And put an end to the growth!? 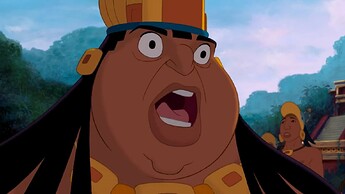 yes i would love to see that happen

Are the playable characters going to be Furrys?

If I ever pick this up again, maybe as something that could be enabled, hehe. Unfortunately the working files of the original project got eaten by a system drive failure, and I haven’t had the time to start on it fresh yet.

They might be furry like but probably more of a rubber drone sort of setup- since I’ve come up with an actual setting and very very barebones plot since the first attempt was destroyed by a hard drive failure. Probably going to go for one character (the inflatee character) if I ever get the time to start working on this again. ^^