I was just curious if anyone knows any mobile games that have weight gain elements. I feel like an idle clicker would work well with a weight gain/ fat theme. There was one that popped up in the google play store a while ago but I can’t find it anymore.

And there’s another one on IOS called Again Beauty but that one’s for weight loss. But with Again Beauty you can be bad at your job and make her gain weight if you don’t do anything

Interesting, thanks for the reply!

you can play all of beabelly and narukami’s games on mobile as well.

there is one game that, while doesn’t have weight gain, it does have some larger females.

Homo Evolution
first one I came across was under one of the branches, the food branch, and it’s called vegatable salesman 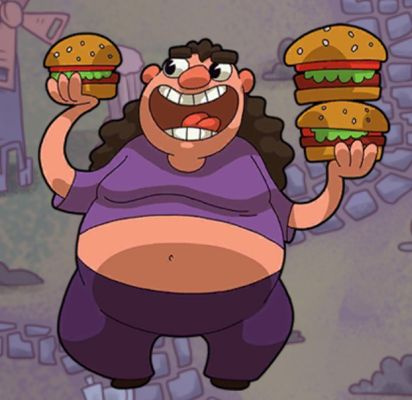 the second one I couldn’t find an image of, but it’s called body positive, only issue is that, if you aren’t a fan of tatoos she might not be all that appealing to you

I’ll update it if I come across any more

There’s Feed the Fat, where you can choose to be either a boy or a girl.

There WAS fat 2 fit, but it got completely overhauled and now is about how heavy a bag is as opposed to how heavy the person is.

FatFitFat is a clicker game where you can click either Fit or Fat to change your Body Fat Percentage. If you get 15,000 coins, you can unlock the female character.

I recently found a game on the AppStore called InflationFLy. It’s just a dumb “bounce the balls” game, but with inflated people, including men, women, a baby & some spoof characters. It’s nothing too exciting & it’s all pixel graphics, but I figured I should mention it. If nothing else, it’s a funny little time waster.