I am currently working with a programmer and we have made some good progress so far since I pitched this idea on this site. We’re currently looking for an extra artist to help with designing maps and maybe some other arty bits for the game (I was unable to post this in project help so I posted it here, hopefully that’s ok)

Please let me know if you’d like to join in and give us a hand!

here’s a pic of what we’ve got so far just for fun! 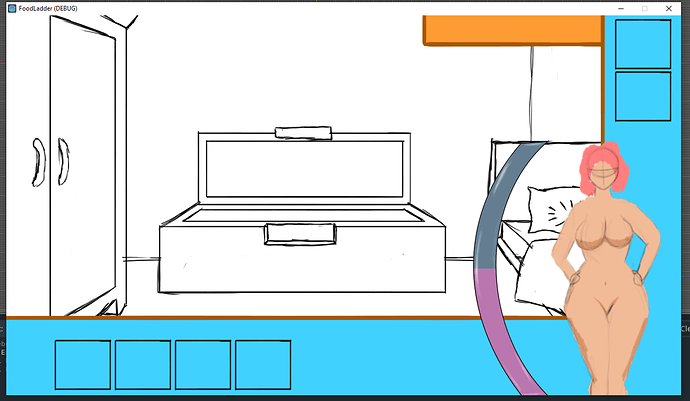 It does look quite a bit like the pitch: A new weight gain/inflation game idea!

How much have you done so far?

So far we have a bunch of placeholder player character sprites, some basic functionality for testing for swapping out those sprites, a little bit of UI stuff, some placeholder backgrounds for the player’s starter home and a couple of concept drawings of possible NPCs. Plus a few more ideas in the works!

here’s a little sneak peek at one of those placeholder sprites, (sorry it’s a bit blurry, but that’ll be fixed once I clean it up and finalise it.) 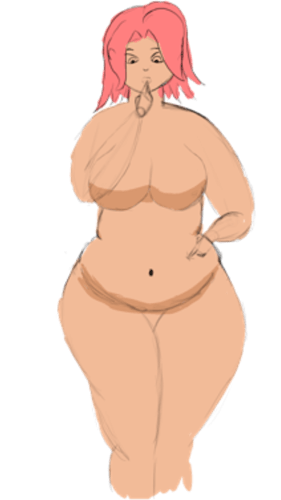 This catches my interest! Plus, another Godot Engine user that I’m highly familiar with!
I’ll be looking forward in this project, and I’ll be waiting until a playable build is released!

I’m glad you like it! There’s really honestly no telling when a playable version will be released since it’s just a project we’re working on for fun and whenever we feel like!

I mean, I would like to join in anytime!

Though, I can’t do anything except having fun or test running it

Were you looking to join the team and help with some arty stuff?

I could make some concept sketches, but I’m not really that good out of my scope of what I usually draw. Besides, I like brainstorming ideas and possibilities.

What stuff do you usually draw? since we’re mostly just looking for someone to draw and design maps, would you like to DM me?

Sure! I would love to!