Hello everyone, I’m new in this forum but I recon lots of you must know of me already, anyway
i’ve been working with a couple of friends @Nassh and @Salas on this small VN project, it started out as a proof of concept but bloated out to become this huge project, the alpha demo it’s pretty short but the whole script is actually pretty big extensive, script of which you will be seeing about a 20% of it in this demo, you can find the executable here: Reflections VN Alpha by Anastimafilia (free download)

I hope you guys find this interesting, please do let me know any feedback or impressions you have, the game has links to the official discord server, social media and all that but most importantly a link to my patreon where I’m hoping this project can get funded in the near future Anastimafilia is creating NSFW illustrations, comics and animations | Patreon

here’s also the direct link to the official discord server if you’re interested in having a live discussion with the devs and other fans of the project as well as project updates and some sneak peaks at some WIP assets: REFLECTIONS Server

A few screenshots of the project ^^ 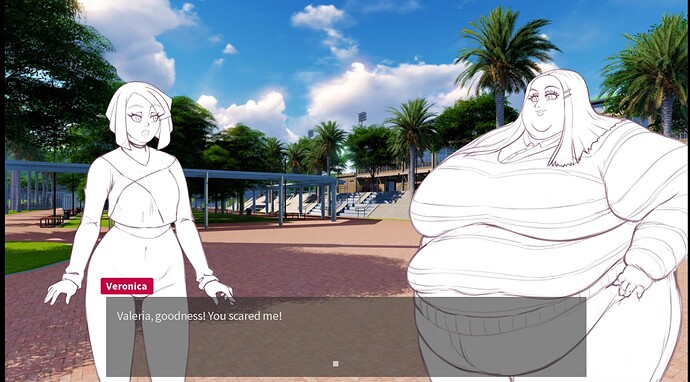 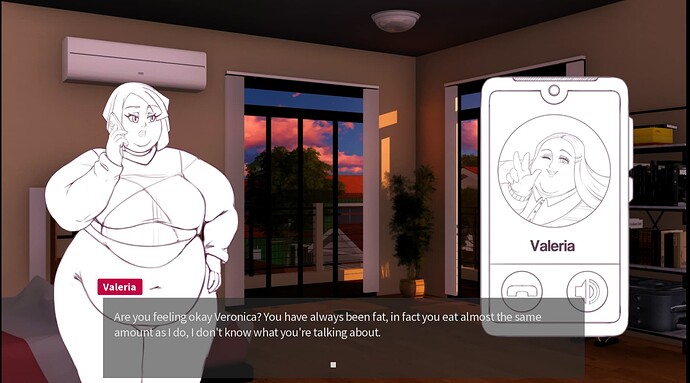 Ah this looks good going to give it a try later on tonight.

The demo is great, I’m really looking forward to this hopefully you and your team will be able to get this fully funded. I wish you the best of luck with development.

I love this game so far! Is there multiple endings in the demo written or just one straight path?

There are two endings and @Anastimafilia confirmed on the game’s discord that they were left in as a sort of teaser of things to come.

Looks decent so far, but I have one big issue with it - I feel the choices come up so quickly that I didn’t have a chance to pick the ones I wanted. Could there be some kind of pause before the selection?

I usually dislike visual novels since they tend to burn too slow for my tastes, but this one got right to it in a way that kept me engaged. Best of luck with getting this funded!

Promising! We definitely need a button to press that advances dialogue without choosing an option when one comes up though.

there are 2 branching paths you will get to experience in the final game, these paths are already fully scripted and ready to implement.

this is something I also pointed out in early alpha versions we tested internally, I believe it will be added eventually if we ever get to work on a newer build

thanks, however selecting a dialogue is mandatory for the game to progress, what we could do is add a fast forward feature later on to skip through dialogue faster

I think both @MightyHalberd and @Parnash are just indicting the same issue in that they want whatever key or action that advances dialogue(space, mouse click, enter, etc.) to not also be able to immediately pick a choice option. Since there is no roll back option in the alpha I myself had a couple of times I chose the incorrect choice( especially going back for the 2nd path)

I’ve always liked VNs that aren’t too long winded but build a story for you to explore. The story has an interesting magic element but possibly an option to be more traditional in gaining weight. The art style is amazing and I look forward to your work. You got a new supporter out of me!

being able to point and click with the mouse cursor on the alternative dialogues is something we will implement in the future, it just couldn’t make it into the initial alpha because some time constraints, basically I wanted to get this demo out ASAP and several things got cut from being added, but I def plan to deliver new versions

thanks a lot, unfortunately the VN will focus mostly on how the characters react to the different sudden changes they will go through with a lot of emphasis in reality shift as well
I have nothing against slow burn natural WG but with this VN I simply wanted the instant WG sequences to be on the spotlight, so when players reach these points they will feel rewarded for keeping up with the plot.

Game can’t be downloaded with the itchio desktop app, I assume maybe because the platform is not specified in the downloads.
I love the desktop app because it automatically downloads new updates, so please consider fixing that : (

idk how I missed that but its fixed now! let me know if it worked