For those that have the player program on your switches, the Game ID to search for is 642

any gameplay shots of this game?

Edit how do i get the player program for the switch?

My only question is.

Why for the Switch? Is MV cheaper on there or something?

the player app is free, but the MV maker itself still has a cost, i think the creator simply made it on the switch 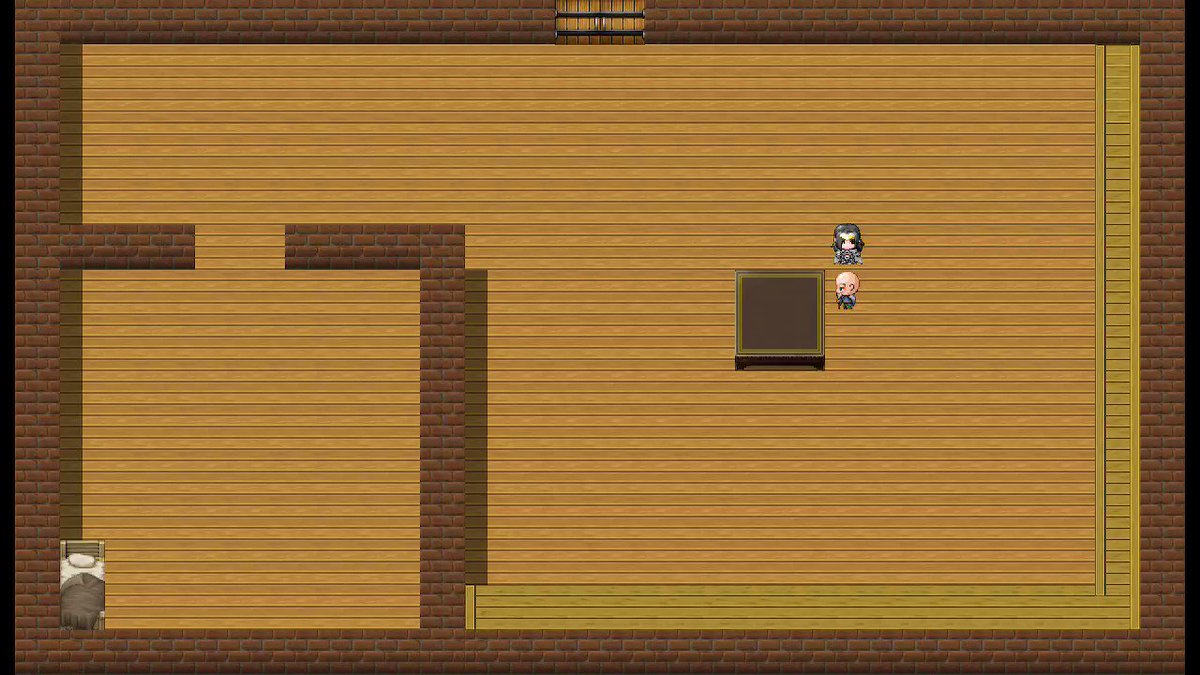 @GoshujinNeko
One of the starting treasures of my RPG: Don't Try Skipping Dialogue By Hitting A or B #NintendoSwitch https://t.co/DsZJ7C4q2I
Turbotowns June 20, 2021, 3:15am #7

Well well well, what have we here? A fatty game I can play on the go? Hell yeah!

Why is the title(And Himiko’s name and title along with a translation?) in Japanese, when the rest is in English?

Bite is most likely censored because it’s on the Switch. It’s probably just a really bad language filter.

lol? It’s BITE though… Gun being censored in toontown kinda makes sense(while one of the gags is literally called squirt GUN ingame)… but… BITE though? XD

Oh yeah! Also, after being isekai-ed, I can no longer run(which would make sense being we’re suppose to be fat(Not that we can tell), but why give a tutorial on running if we can only use it for a single minute).

The old veteran is hilarious.

Is it possible to get this game on pc tho

Unfortunately no. Unless the creator recreates the entire thing on their PC. The same goes for trying to play an RPG Maker game for the PC on Switch.

One of my friends tried that, unfortunately.

Well, one problem I see with the Switch player, it’s slow as fuck to load stuff.

Also, the enemies in the first town, and the road to the second one lulled me into a false sense of security, and I got my ass handed to me by some cupcakes.

Damn, if this wasn’t on the switch I’d be playing it.

So, a couple hours into playing it, here are the problems I see.

1 - Huge ass maps without the ability to run is annoying
2 - In combat, it’s usually best to just have everyone but Himiko guard while she eats things.
3 - No art of Namu, we must have our precious bootylicious cat priestess immortalized.

Edit: A complaint I have about the absurd amount of enemy HP.
Also, Hikoori is very prone to dying.

It’s definitely a neat attempt, but, yeah, the fact you don’t have a run and the enemies have an insane amount of HP is a bit concerning. Also if you goof up hard and go to the left immediately after the first fight, you can’t beat the jelly and just die.

So, gotten to the Sixth dungeon, and what we said earlier about the absurd HP enemies is just ramped up to eleven in that place.
Also, I feel like the size of the mazes are a little insane, especially if it’s just a spiral, sometimes it’s so tight that it’s taking me about a half hour to walk through, but I could just be unlucky with the encounter rate I’ve been getting.

Also, I’ve noticed a weird glitch, sometimes the characters get two turns right after one another.

About the extra turns, the higher grade your weapons are, the higher chance you get to make extra actions

1: Not often you see large girls in plate mail running

The others help do damage so they’re easier to eat. Suishu goes fast, ignores defense, and can use Protect to buff defenses. Hikoori can cause status ailments like burns (takes extra damage to fire spells, takes damage at the end of the round), freezing (Keeps enemies from attacking for a few turns), and paralyzing (Keeps enemies from attacking indefinitely). Namu is to cure and heal, but can unleash powerful smites.

1 - Fair point.
2 - That’s more or less how the boss fights and the later enemies end up, but it’s still mostly just back up for the Devour skill. Or Consume for the swarms
3 - I await with baited breath.