The Burnt - A short, slow paced adventure by IceDev 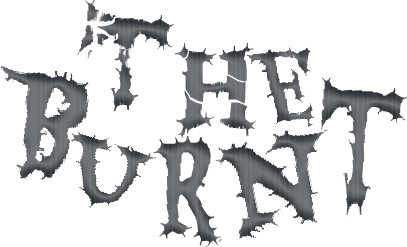 The Burnt is an atmospheric first person game set in a nearly abandoned town. In The Burnt, you play as an ethereal specter with mere minutes before their surrounding area succumbs to ruin. If you so choose, follow one of the three warriors who have summoned you, aiding them along the way as their unseen, nudging helper. You’ll need energy from the surrounding area to touch much of anything, though, and for as much as you can scour, the clock is ticking… 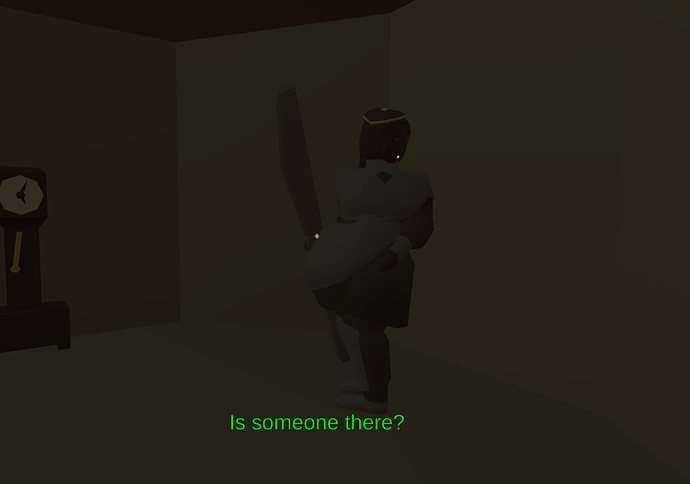 CONTROLS
wasd and mouselook
e to interact
esc to pause

With the stress of the Gain Jam over, I decided to release an update to my game with some things I didn’t have time to add, and some changed based on player feedback. Major updates include -Added encounter at end of Cleric route -Added sixth ending -Reworked tutorial and a few minor tweaks detailed in the changelog [evil_fucked_up_logo] The Burnt is an atmospheric first person game set in a nearly abandoned town. In The Burnt, you play as an ethereal specter with mere minutes before thei…

Glad to see the final version released! And, happy to have helped, obviously.

Any ending guide for this? (Also props for making a pretty damn unique game)

Here’s a small ending guide (with separate sections)! Hopefully this helps if you (or anyone else) misses anything.

Haven’t 100% verified yet, but I don’t think pausing the game stops the Burnt from growing. I’d say it was about maybe halfway full when I paused the game and alt-tabbed out. When I resumed the game, it was about 90%ish.

Also, I don’t know if I’d call it “slow paced”, minus the summoning intro part (pls add a skip button). The game pretty much requires you to fairly frantically-ish run around to nab the orbs in time, especially if you’re going to aim for ending #5.

EDIT: about the skip button thing, I just found out that just hitting the E key doesn’t get you free, but I clicked my mouse a bunch while I hit E and it let me free early.

I really wanted to commend you on making such an interesting setting and a unique tone for, what is mostly, a fetish game. No irony, I think it’s really neat, and the game was enjoyable to play, it didn’t overstay it’s welcome or anything.

If I had any real criticisms, it would just be wanting some more ways to get information about the town, and also the monster. Maybe some kind of ending cg could be cool too, the Cleric’s ending leaves me wanting to know what that looked like.
Also, and this is more of a nitpick, I like the Burnt’s design overall! The jack’o lantern-esque face is fun, and I dig the imagination that the low poly nature leaves for interpreting some of it. But it really did not need what looks to be massive tits, I respect the possible intentions, implying it was once human, or even just adding more of a fetish element to the game, but it did clash a bit to me with it’s otherwise “spooky” design.

Great job, it was cool to see another 3D submission! It’s nice and concise, if you ever went back to this idea or even just wanted to do another project similar I’d love to see something more fleshed out.

A very interesting game! You have a really unique 3D art style. I think I got all 5 endings, each ranging from bleak to beyond hopeless. I think the warrior’s ending was the most “positive” which isn’t saying much given how dark all the other endings are.
The setting was interesting, leaving me wanting to know more about the world. The beginning section is a bit long to be unskipable, I only learned you could skip it after reading SRP’s post. Overall I really liked it, even without the fetish elements the setting and story were interesting enough for an enjoyable short experience.

Also it technically a bug but it made my life easier, running diagonally seems to make you run faster.

Really appreciating the response, everyone! As for the intro, I’m afraid some things might be ambiguous. For the cold open (“Spirits! Send your strongest warrior!”) you can press [E] to got start to the main menu fade in. For the opening of the game itself, while you can’t speed up the minute of chatter, there’s a single energy orb floating behind you that you need to face to collect. Then you can hit [E] while looking at the ring beneath you to get free and have some extra time to explore. This was meant to be a tutorial moment, but it seems I made it a little too obtuse.

Also, being that this game was indirectly inspired by Pathologic, I’ll say that diagonal running is a feature now. I appreciate everyone’s patience with this.

Very interesting game! The doomed atmosphere with the bittersweet endings really took me by surprise! In other words, I wasn’t used to it, but in a good way! All three characters were really neatly designed and very cool to watch them fight back against the monster in their own unique ways, I really felt for them.

All in all, awesome game. I managed to get every ending and each was fascinating in its own way.

Hm. WASD doesn’t respond for me. I can look around, but can’t move. And since there’s nothing in the first room to interact with, i can’t tell if I can do that, either.

There’s a white ball with black/orange particles floating around somewhere, it should get absorbed by you. Then you can look down, at the circle you’re in. There should be a white-ish transparent icon, which you can interact with. The absorbed particle will be used, allowing you to move.

Good day. Best game IMO because it does what I personally value most: it tells a story with a good balance of story <-> gameplay. (I am saying this after trying out all other games). Short and on point. Priest best waifu

Also, I agree with what was mentioned before: tis’ not slow-paced. I had to run around the village to collect the energy balls. Quickly

In order to skip the intro, you need to collect the orb that’s behind you then look at your feet to break free from the summoning circle. Doing that lets you freely roam the village without needing to listen to the villagers

Damn, not what I was expecting from the jam, but a good game nonetheless. The first run was definitely the most impactful, I didn’t even realize the monster was getting closer at first until I eventually stopped and just asked myself “Wait, did it get bigger?”, followed by panicking to finish up the current story line. If you wanted to expand on this it would be neat to have different endings possible by having the characters interact, so that you have to think about how far you want to progress each one with the limited resources you have instead of dumping everything into one.

i will say that they move a bit too slow for the priestess ending honestly the npcs are a little too slow in general maybe speed them up a bit or slow down the pumpkin gals aproach?

WASD doesn’t respond for me. I can look around, but can’t move. so i can’t play the game. I don’t know why this happened

WASD doesn’t respond for me. I can look around, but can’t move. so i can’t play the game. I don’t know why this happened

That’s supposed to happen. You have to wait until you absorb the ball and then use it’s power to interact with the salt circle imprisoning you (E by default).

There’s a white ball with black/orange particles floating around somewhere, it should get absorbed by you. Then you can look down, at the circle you’re in. There should be a white-ish transparent icon, which you can interact with. The absorbed particle will be used, allowing you to move.

What an interesting entry! I love the bold direction taken with the bleak premise of this doomed town and its last holdouts all taking matters into their own hands. The low poly look also worked for me in this regard.

I won’t retread what has already been said, but I feel that the premise has potential outside of the contest be more fleshed out in grander scope in an adventure game akin to a “Gods Will be Watching”, vignettes of heroes and villages pushed to the brink as to how to stop this unrelenting menace and the player needing to weigh up the desperate decisions and sacrifices needed to thwart its progress - futile though they may be.