So I wanted to surprise everyone with a short game in celebration of Mayternity.
I have another dev working on seeds so in the mean time thought I’d do something special.
Anyways I hope you enjoy the game, there may be a few bugs that may need to be fixed but for the most part it should be playable. 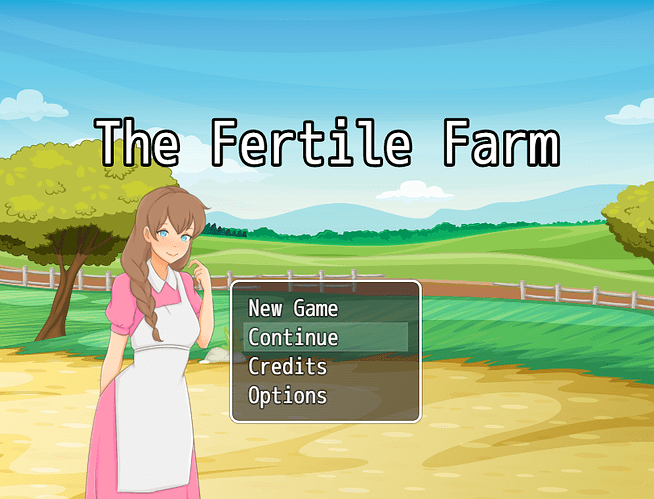 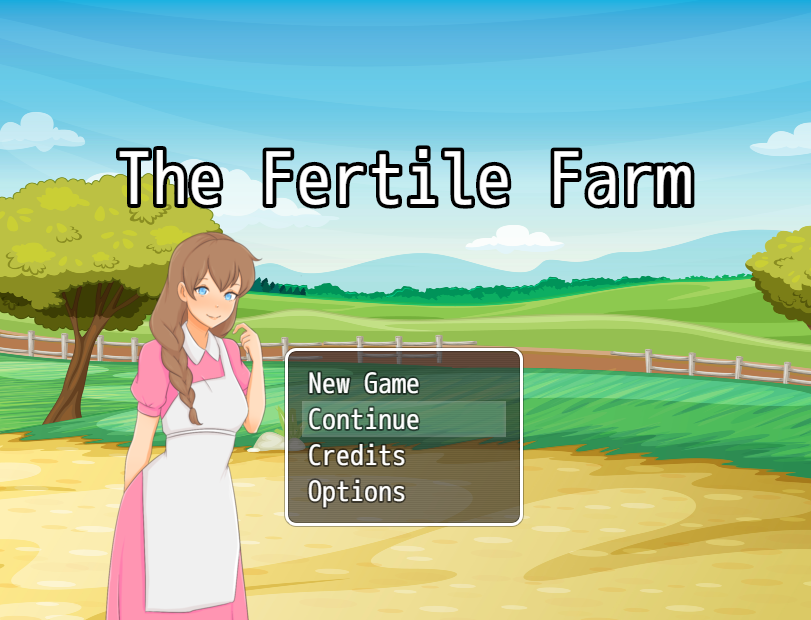 The Fertile Farm by Preggopixels

A short farming simulation game with a pregnancy expansion theme.

-Pregnancy/Nutrition System (The more nutrition the larger the pregnancy)

Build 1.02 Update (5/25/2021)
-Yew wood is no longer on a rare chance, can be harvested once a day.
-Fixed several clipping errors -Fixed several furniture issues
-Fixed bath, now consumes 10 energy
-Fixed Omelet to require the correct cheese
-Added a debug vendor, should you find the keys hidden in the game.
-Truffles should now appear more often
-Added watermelon and pumpkin seeds to ledger (I forgot to add them)
-Cows should now let you milk them daily, if milker is inactive.

Build 1.03 Update:
-Yew wood is now correctly fixed to the correct item
-Yew tree will no longer be on a rare occurrence check, you can collect it once a day with an adamantine axe.
-Building furniture will now correctly remove the item costs from your inventory
-Fix to blueberry cg art not lining up to sprite
-Fix to black screen after retiring
-Fix to weather effects after retiring
-Giving the toy to the girl in the nursery should be fixed
-Added a CG Gallery
-Added an encumbrance stat (toggle available): Movement penalty will be determined by encumbrance stat, with encumbrance starting at normal pregnancy size. Certain food items if you eat them will increase your encumbrance stat permanently so you can move normally as your pregnancy grows larger. You will still have to complete the hyperpregnant questline in order to not get stuck in bed. Also encumbrance will be optional so if you prefer not to deal with movement penalties, you can toggle it off.
-Removed boots accessory due to encumbrance stat change.
-Blueberry effects now can be toggled off.
-Upgrading the ledger should now correctly take gold from the inventory.
-Increased the prices of certain items to increase their sell value.
-Removed breakable items from the game, adamantine items will result in double item yields for most harvesting points. (Note: Community feedback really didn’t like the breakable items so thought for a small game like this, removing that aspect seemed to be best.)
-Husband will now provide earnings from his business that Clara can collect on a daily basis. Upgrading the ledger will increase the earnings by a small amount.
-Fixed issues with watermelon/pumpkin problems-Corrected Karma check
-Added Encumbrance check to health monitor-Fertility Charm description updated
-Changed the “Retire” option in the menu to be below the “items” option
-Ice cream should now show up correctly in your inventory.
-Removed hidden dev switches.

Well this should be fun! XD

A surprise, to be sure, but a welcome one.

Just got the game started, and it looks really good! I love the map design and the simple setup. Looks like a lot of fun!

I did find a bug though: when you talk to the girl in the lower left of the nursery, Clara makes a comment that she should give the girl a gift, and then the girl immediately says “Thank you!” and you get a point of Karma.

Edit: Found another bug - the description for carrots says they recover 5 energy, but when I eat one I only get 2.

Definitely following this game from now on.

Definitely sounds intriguing, and downloading as we speak.

Quick question: other then pregnancy and lactation, are you planning to have any other fetishes be present in the game?

https://snipboard.io/EZS4x0.jpg don’t mind me, just watching over my newborn baby

Edit: I found a few more weirdnesses and bugs, so I put together a list: -Sometimes, when you talk to your daughter in her bedroom, she comments "I can't - Pastebin.com

Currently trying to get into my Pastebin account so I can replace that paste with a better one, but in the meantime I’ve discovered that you can only milk the cow once.

Still enjoying the game, though! The maps are really pretty and soothing.

Interesting! Not really my cup of tea since there’s no WG involved but impressive nonetheless

Got a chance to play and it’s fantastic! Not many bugs and plenty of content. Let me know if you have a tip jar somewhere so I can throw something your way.

Ooh, I am excited to play this. Hopefully the hyper options go into very large sizes.

It goes pretty big, but could be bigger, much bigger.

Not many bugs?
Mi amigo, the game kind of falls apart at the seams, it’s really buggy!

There’s a lot of glitches. Gamebreaking-so. Honestly, I’m a little scared of mentioning them because I don’t know if fixing them would make the game even grindier than it already is (oh my god, the economy is so bad…).

But dammit, this is a lot of fun. One of favorite things to do in Harvest Moon and games like it is farm and save the homeland all together while being pregnant, so actually getting a chance to play a game that is dedicated to that idea brings me loads of joy~. God bless Mayternity~! Just wish it was more polished.

2 extra bugs I forgot to mention:
The bath doesn’t take any stamina. As long as you have 10 stamina, you can dive on in! 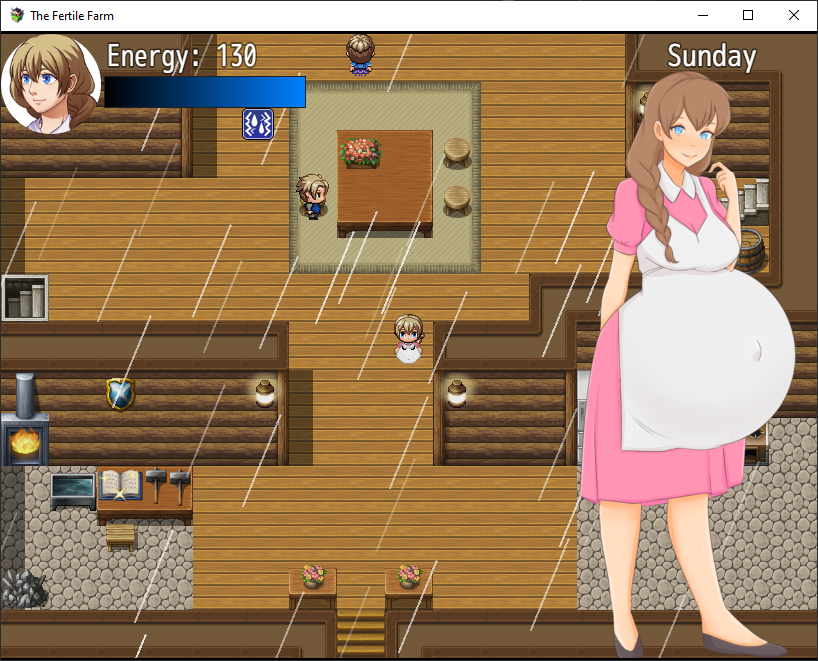 HONEY, THE ROOF IS LEAKING!
(Retire for the day when you are outside when its raining. It doesn’t clear the weather when you do)

Seconding that the game seems pretty glitchy, but I’m too tired to remember most of it. The only glitch I can remember off the top of my head is that there’s a spot in the bathroom where you can walk through the sink and walk past the borders, clipping through walls and such.
Oh wait, remembered another one, if you have CGs turned on, when she goes from flat to the first belly size, her picture totally disappeared and I had to turn them off and on again to show the picture.

I haven’t played long, but I got some suggestions:

Clarifying on #2, maybe the game can use the Harvest Moon approach and have some plants stick around after they’re harvested, so we don’t have to go through and replant them constantly (of course these plants would cost more). Or maybe increase their grow time a bit, but increase their yield quite a bit so that this plant-harvest-plant-harvest cycle isn’t as fast or as repetitive.

Apologies if I rambled a bit, I’m really out of it, I need to get some sleep.

Thanks everyone, there is some bugs since I did some limited testing to make the game a surprise. That said I did a bug fix to fix several issues but I see there are still some that I need to address mentioned here.

You know, I actually checked the 1.01 version on that “Yew wood is a rare chance” deal.
It’s not a rare chance.
It’s a literal impossibility.
Nothing on the map spawns it.

I literally went through the map data, and even hacked the game to give me infinite money and karma, and it just had no chance to spawn.

If you guys ever feel worthless, just remember that apparently there’s someone in this game’s world who’s willing to pay money for rocks and sticks.

Here’s a bug that hasn’t been mentioned. You can’t make omelets. You can make the milk and you can make the cheese but the game doesn’t actually recongnize you having cheese in the food making menu.