Looking for an alternative that is similar to twine or ren’py that supports multithreading. Any suggestions are welcome.

Why do you want multithreading for a visual novel?
I don’t see how you could actually utilise any one core with that.

Just thought i’d pop in and share a status update. Currently working on making the ai pick smarter choices. The main problem being haven gotten rid of the home options by making them actions, such that you can do different home options all in the same day, This has expanded the action list to 14 items. Why is this significant you ask. Well remembering back to math class on combinations and permutations, there is 7,529,536 possible ways to select your actions for the 6 day periods. That’s not even getting into the fact that each day period action now has a possibility of happening by your choice in any of the 6 new districts. Long story short, trying my attempt at brute force ended with an additional 6gb of memory usage along with long processing times, so now i’m attempting to find smarter ways of picking the best possible combination out of the 7,529,536. Its also important that this system is able to handle the additional actions added to the game in the future. For instance going from 14 actions to 15 changes the possible combinations to 11,390,625. Anyhow trying to bring you an unprecedented level of choice of how your game plays.

cacluating 1500 - 5000 npcs turn when there is over 7million possible combinations to make up each of their turns requires more than 1 thread to be done in a timely manner.

Few 2d engines support mulithreads for the scripting components. However, python has mulithreading built in. JS(for twine) can do it but is not built in I don’t think.
You could probably send up a data structure, sent them out to be completed in the threads then process the returned data in the main script thread.
Alternatively unity and unreal have it. Unity’s is an engine feature while unreal has it built into c++.
You may even benefit from doing it as a compute shader on the gpu. CPUs at most have 8 logical core. Sometimes 16 but that’s on above most. Any more threads than the max will not give further benefits. GPUs are a bit more limited but have way more parallel processes.

Ok, well I was hoping someone would have an answer other than unity or unreal engine, seeing as with those theres a lot that twine and renpy already have built that i would be rebuilding.

Also unless my understanding is mitaken, while python has a mutithreading library the GIL(Global interpreter lock) prevents making any good use of it, and renpy just flat out does not support it. Javascript has no multithreading im aware of(mainly because browsers don’t support it/need it).

Multithreading in JS is hardly impossible, just something that’s not commonly noticed by the end user. I know nodeJS supports it, anyways.

Regardless, I would argue that your problem is more likely related to how your code is written and optimized than it is about how many threads are available. Even if you have 7.5 million options for each NPC, it’s not like you need to be checking each possibility. Even with extra steps for weighting certain options, you’re essentially picking six random numbers per NPC and running the outcomes of those. If those outcomes require more complex calculations than a couple quick variable changes, then you’ll run into speed issues there too.

I haven’t taken a look at your game, but I would first question why you need complex simulations for thousands of NPCs; that’s far more than a player will ever meaningfully interact with, and if you’re storing them all, you’re creating a massive, unwieldy data structure that’s likely going to cause problems somewhere down the line no matter what you do.

Ren’py and Twine are tools designed to make simple, choice-driven narratives; while pulling in extra Python code might help in the former’s case, neither are designed to handle complex data structures or heavy loads of math.

ok but nodejs is a server side js implementation of js and it uses the v8 core which is a single thread per process js interpreter. so my understanding is its implementation is closer to multiprocessing than multithreading. This is all irrelevant however because nodejs is for running js outside the browser. and twine runs in the browser which’s sandboxes tabs or websites to a single process.

Have you considered ink script. What’s so powerful is that you can create threads of text choices that fold back into a main thread. 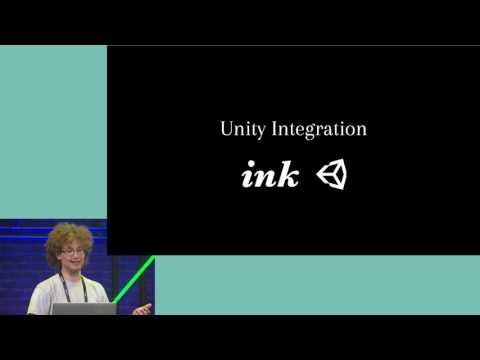 Ren’py is just python so you have threads there. twine you could run whatever you needed on a background worker if you set it up in the script init part.

So, you don’t really need an alternative to do that! But also, don’t worry about 11 mill calculations. computers can do that. modern CPUs are at like 63GFLOPS now. try it and then if it is slow you tools have the ability to do this. (you could also just split it over a few frames so the game doesn’t lag up. no threading needed)

for the ignorant out there trying to tell me to uses threads in python, please learn and become un ignorant Understanding the Python GIL - YouTube (the example in the first 2 minuts really demonstrate the point)
Also even if using threading library in python was effective, renpy does’t work with it. Renpy has its own interpreter running on top of the python interpreter. hows that gonna work with threads.