So I’m redoing my post because I’ve learned how to make WG and it’s pretty nice.
So Virt A Mate costs 8$ on Patreon but you can get it for free with limited functionalities.

Become a patron of Meshed VR today: Get access to exclusive content and experiences on the world’s largest membership platform for artists and creators.

Anyway I got a VR recently and I started making WG on https://pornhub.com/users/gonzalokrieger/videos
I put most of them together and here is the download
updated–> WG V1.000001
If there’s something missing then message me.
Happy Quarantine!

Oooh, this certainly shows some promise.

I’ve been following this for ages. Some of the scenes are really good and if you pay then you get the Creator version which lets you edit the scenes. Any sort of major editing is seriously tricky (especially in VR Mode), as is writing a scene from scratch, but it’s relatively easy to modify the women in existing scenes to look a lot bigger. There’s also some really cool jiggle effects to enjoy.

Does indeed need a majorly hefty PC though!

Tinkering around, you can make the model massive. It’s systems allow you to increase threshold limits, but things can get weird. First time my model exploded into the usual ragdoll flying off glitch you’d see in skyrim, and second time I increased the heavy threshold twice and caused her lips to constantly jiggle.

On a side note, I thought my computer was broken because this game, along with another on the site, was black screen hard crashing my computer. Turns out the power cord from my graphics card jiggled loose a bit.

Thankfully, I do have a bulky PC. I gave it a whirl for a couple of hours. It does indeed get wonky at higher weights. An example work doing the best I could: 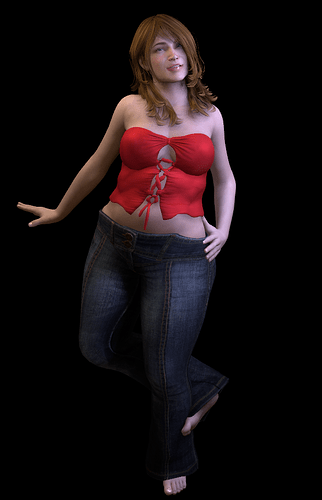 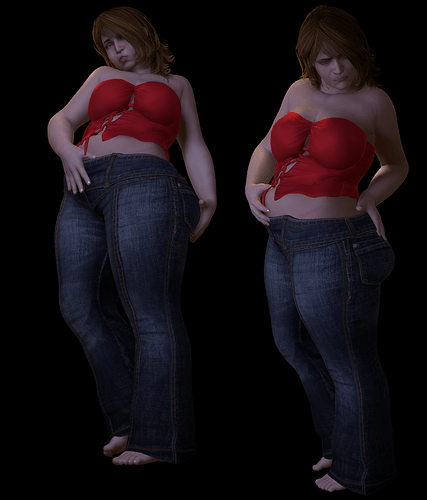 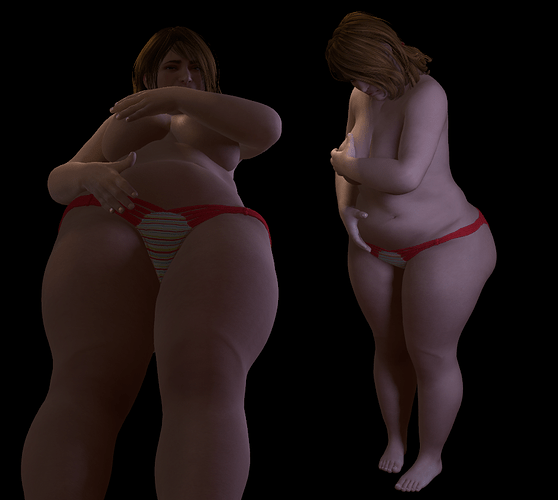 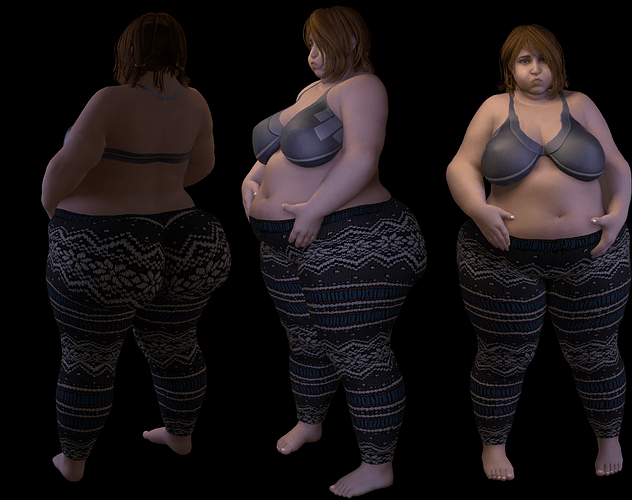 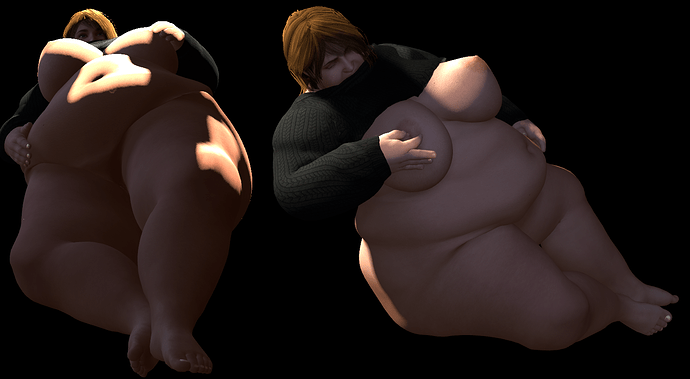 
I couldn’t save my work directly from the software, but I really love it. Although - granted I’m no expert - posing fat bodies can get incredibly difficult at times. I’ll keep my eye on it as it develops. Overall, a fantastic tool. Glad to have it in my arsenal, even if it’s just the free version at present.
11 Likes
tiggertoo February 19, 2020, 8:36pm #8

That link is to a very old version of the game. If you can call a creation tool a game?

It’s been improved quite a bit since then.

BTW… the link is to the creator version of the game/software, which is the paid version. Not sure if we’re allowed to post direct links on here to pirated stuff?

BTW… the link is to the creator version of the game/software, which is the paid version. Not sure if we’re allowed to post direct links on here to pirated stuff?

No, you can’t, it’s a violation of the post only your own stuff rule, as would be describing how to find/defeat the key.

Both your new and old work is extremely impressive, awesome work! However, it would seem the newest scene, the lab one, is missing a lot of components. None of the sliders appear, as well as textures and the dress.

Hey Genzalo, is there a special way to install all of it?

no just put it into the VaM directory

can you explain how to do that? i dropped the files into the vam folder and nothing is working.

I saw you’re stuff and was immediately interested in trying my hand at it. I’m getting started with basic tutorials & stuff, but I just wanted to ask.

The stuff you’re doing, with the gaining mid scene & model manipulation at all. What version minimum is required to do all of that, and you’re not using any external plugin (If those even exist, as I know they do for other things like Blender) are you?

I’m extremely interested in picking this up. Thank You.

I think you need creator to acess custom scenes and the plugins are there in the download.

You probably dont have the creator version.
Otherwise I dont know. The scene files are in saves/scenes/WG

according to the game i do. i dropped the files into the vam_data folder, but it didnt have a saves folder in there besides yours. id there another directory that i should drop it into?

Not the data folder. That’s for the native game files. You’re supposed to put it into the directory. So it should go right into your vam folder. Extract the saves and custom folder there.

the data folder is the only folder that i have for vam. i dont see a directory. should i uninstall and reinstall? 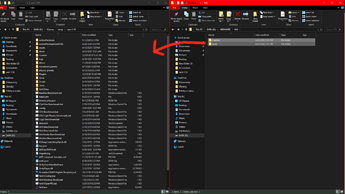 Appreciate your time reading this