Here’s a list of games I’ve discovered that have weight gain or inflation elements in them:

And that’s all that I have for now. Let me know if you’ve found any other video games that have weight gain or body inflation in them…

Eat! Fat! Fight!
Though it’s rather hard to acquire nowadays.

I have the dropbox link, originally obtained from ‘DarkToonLink45’. You’ll have to PM me if you want it, and you need the wii emulator as well to play it.

Fable series
You can eat certain foods to increase your characters mass, but it’s lost with normal gameplay(running around adventuring).

And I just remembered my fav MMO!
Mabinogi has weight gain! Technically. XD
It’s pretty… subpar, but it exists.

Also SCUM has a weight gain element to it.
Some rando MP shootergame.
Takes a while though and it hinders you quite a lot.

…Interesting… I’ll definitely be checking THAT one out…

I tried Mabinogi once, but the UI felt rather clunky, and the game seemed empty. I’d give it another try if there were more people

What channel were you playing on? XD
Well, there was a server merge, so now there’s a lot more people on at once(provided you get on channel 1 or 7(though maybe 10 is the new secondary?))

It was like a year ago, I forget what channel it was, but all I remeber was that it felt like a ghost town, so I never got into the game. But I’ll admit, I did test the weight gain mechanics lol

Channel 1’s the busiest, and Dunbarton always has people, some just standing around doing nothing, some selling stuff(if I’m on, I’ll be selling spirit stones(Nao Server)), and someone will probably play some music.

Hmm, I might give Mabinogi another shot, although it’s been awhile since I’ve chatted in MMO’s, so I hope I haven’t lost my charm xD

Also, I heard that Mabinogi is all about role-playing, so I’m worried that it would be awkward playing a female character as a dude lol 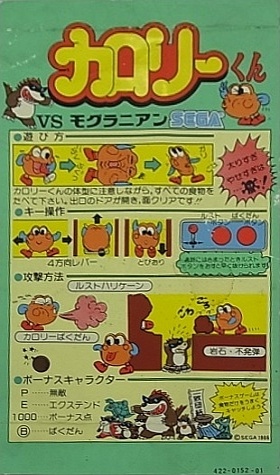 This is quite unpopular game but have interesting weight gaining mechanism

What little I played, I LOVED that power up! Especially when on the girl with glasses. XD

It’s not actually gaining the weight, but I hear one of the Saints Row games let’s you play as a fat girl. I never played the series, so I dunno for certain. I’m sure there’s more games that lets you play as a fatty, though female fatties in games are quite rare… Though I also know that Zelda Link Between Worlds one of the Sages is a fatty. She just uses a stone to not be fat, which gets stolen, making her fat again… Also, I think one of the the Pokemon games on 3DS has implied weight gain. When you obtain the Float Stone from a specific NPC, going back to see him he Trainer Class-changed to a Hiker, implying he gained so much weight he Class-Changed to Hiker.

Saints row 2-4 let’s you make fat characters of both genders, and has lot’s of other customization options such as clothing

What Skinny_Guy said. Point re: 2, though, right now the PC version is crap, doesn’t run properly without a mod, framerates tank even on great computers, and multiplayer is nonexistent (because it used GameSpy for multiplayer). Just the other day though, Volition/Deep Silver/THQ Nordic (who own the Saints Row franchise) announced that they found the lost PC version source code, and are planning an updated re-release with most/all of the problems fixed (free for anyone who already owns the PC version of SR2 on Steam, no idea what it’ll cost for anyone else when it comes out, so if you’re interested, you might want to see if you can find a copy cheap right now while the crap edition is the only option, for example a few years ago I found a disc copy - which installs via Steam - for $2 CAD (@1.50 USD in today’s market, or 1 quid 20p for the Brits in the audience, you can do any other conversions for yourself) at a dollar store near me.