This is my entry for Gain Jam 2020! It’s a 3D sumo wrestling game starring 3 cute anthro monster girls, built in the Unreal 4 Engine. The fetish focus in this game is fat in general, and the use of body proportions. These are my main interests. I included weight gain as a minor element. All of the programming work and assets in the game were created for this project by me. 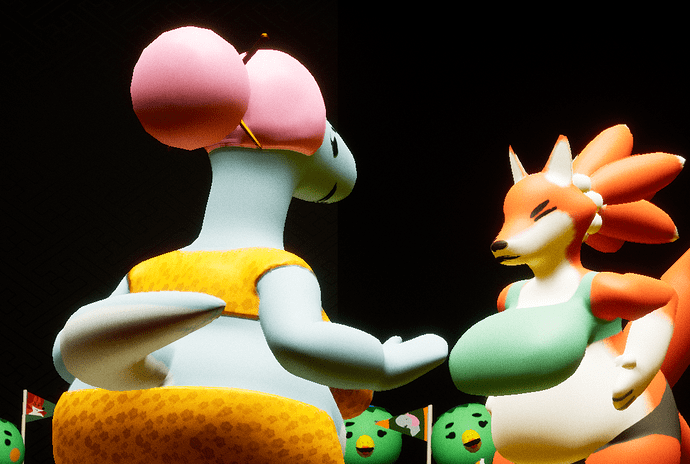 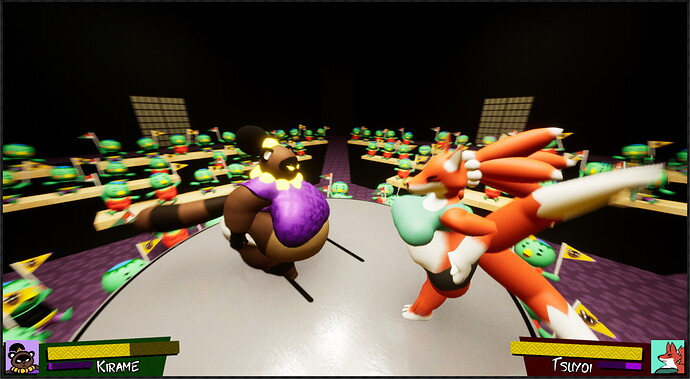 Please let me know what you think!

I tried to load it and it said “DX12 is not supported by your system. Try running without the -dx12 or -d3d12 command line argument.”

Create a .bat file in the same folder as the EXE and put the following inside it:

then save it and run that bat

somewhat works, but it only sends me to a black screen…

I can’t do anything and lose.

can you be more specific?

So I played through the game a couple of times as all the characters, and I gotta say while I do really like the game I have some problems with the gameplay, and some other more minor things.

Other than that I gotta say I did enjoy my time with this, I like the simple but effective gameplay, and if you refine it a bit more, you could seriously make it into something great!

Thank you for your detailed feedback on the game. The characters actually do have broader mechanical differences. Each character has 3 stats. Strength, Endurance, and Weight. Strength affects push and slap force, Endurance affects stamina recovery and speed, and Weight affects push and slap resistance, and also added push strength when leaning. Each character has one stat extra high, one slightly high, and one below average. Each one is a different combination of them
I will continue to work to improve the game balance

I actually already started creating alternate colors for characters. The placeholder models for glasgow and tsuyoi will use specific colors to help distinguish them. 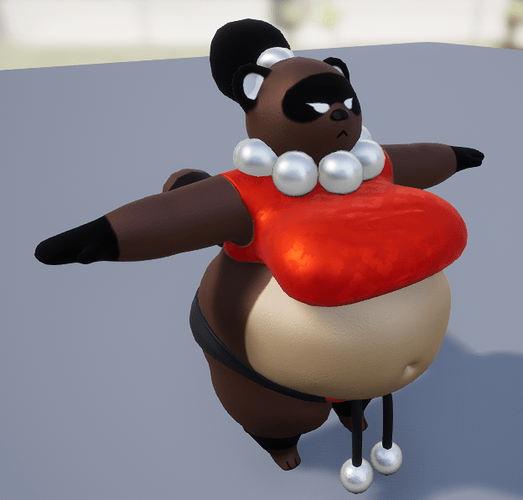 Countdowns will be added, and i’ll fix the music too.

The WG mechanics will work like a special attack. Activating it will briefly increase the character’s weight

Thanks a bunch for your input. I hope the next version will feel a lot better to play

SUMO WRESTLING!?! OH HELL YES!
A hope we get some cute yokai girls to play as. Like maybe a Yuki-Onna? Or perhaps, more appropriately, a Futakuchi-Onna? 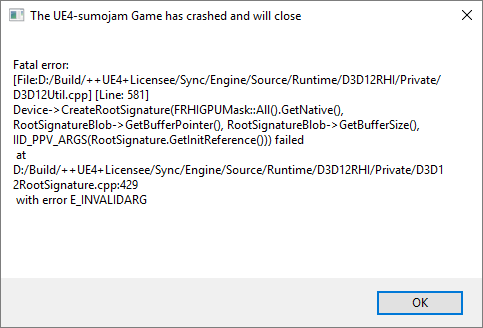 Can you give me some information as to what caused this crash?

I just wanted to launch the game.

the error seems to be related in some way with directX12. What are your specs?

yes, i have directx 12, do I need to install another version?

This is awesome. This is the best use of fat as a mechanic I’ve ever seen! Surprisingly smart ai, very pretty aesthetically and the physics are…

Really impressed with this, only logged in to drop it a like! + any plans to include human characters?

Thank you. I may include a more human monster if I decide to continue development after the game jam is over. I tend to stick with animal themed designs because there’s a lot more freedom to play around with proportions and color. Thank you for your kind words

Also, the game will need a somewhat up to date computer to play. This will probably not run well on a laptop made before 2016

Very interesting idea for a game, but currently gameplay isn’t enjoyable. I think something like eating events between fights would be a good improvement for this game. For example you start tournament like a thin character and to be the best summo restler you need to train your boddy and eat a lot of food to become fatter. So, between fights player would play in some training/feeding events to growth muscle and fat mass on their characters

These are good suggestions but it doesn’t really explain why you didn’t enjoy the gameplay that’s there.

The problem is that gameplay is boring for me, because there is not a lot of movesets or how this things called. I can use slap, push harder and lean forward, but since it is summo there should be different grabs and possible mini-games with this grabs. For example, you press a button and your character grabs the upper body of the opponent. If the enemy does not have time to press a similar grab button in time, then he is thrown to the floor. If enemy press grab button in time then it is a draw (like in tekken games) or some mini-game starts where you need to press some buttons faster then opponent (like in wrestling games). I think would be nice to have upper and lower grabs. So, what I want to say is that lacking of combat variations make the current state of game boring for me. Of course in real summo there is more different attacks or tactics which could be implemented in the game too. For example throws. That would be really awesome if muscle mass and fat mass on character will affect different combat moves. For example if you aren’t strong enought and trying to throw opponent which is very fat then you may fail and opponent will just press you with their weight to the floor

P.S. Sorry for my bad english, but I hope you can understand my point of view.