Hello, everyone, and thank you for coming to my topic!

So, Avorable, a WIP name, but I’m willing to either keep it or take on suggestions. 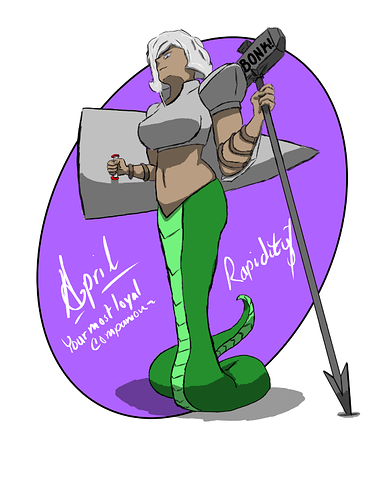 Also, just as proof this game is actually being done: 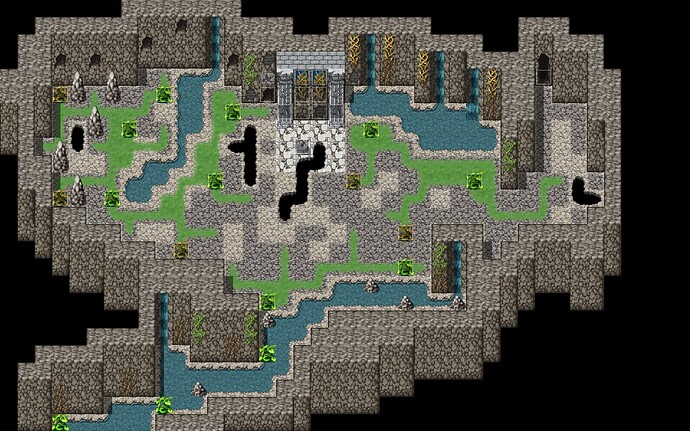 Anyone, who for some God forsaken reason, that actually cares (THANK YOU!

), I’ve made some major updates to the idea: namely, changing the lamias from hermaphrodites to a full asexual species that identify as female and are all feminine. Another would be changing food people to, well, actual people. So, uh, yeah!

Actual title of the idea may change in the future. Thank you for coming to my stupid idea :).

hey, just wanted to say that i love the idea! it’s a wonderfully unique concept, well, nothing like i’ve seen anyway and it seems like you’ve got high aspirations. a lot could come from these ideas and i can’t wait to see where it goes. concepts and projects like these really make me want to offer my help, particularly as an artist, but the problem there lies within my inexperience as an artist, let alone as a fetish artist. i’ve worked on the odd character or animation though, and would be more than willing to try to help, even if the art is just placeholder stuff. let me know what ya think :))

Ah, thank you so much for the offer! If you don’t mind, perhaps we can work out a bit of concept art to see where we both stand in this: as you admitted to be less than experienced in fetish artwork, and I admit to be less than stellar in my own fetish writing - working on a girls stuffing fic, you see~.

Anyways, as soon as I figure out how DMs work, I’ll message you, and maybe we can migrate to Discord to talk further.

Would love to see this get off the ground! Good luck!

ooo thats something you dont see every day.

It’s a long repressed fetish of mine, but I’ve come to accept it under consensual contexts, if for nothing more than the belly.

Whilst I can see that there has been a lot of thought put into the setting and background, and seeing as you are making a focused effort to push ahead with this idea, I think it’s high time to nail down some concrete details about the game itself - what exactly is this game? An RPG? An adventure game? A fighting game? A combination of all three?

Before we start talking about any systems and subsystems, let’s focus on the primary gameplay - when you remove all the window dressing, what is the typical moment-to-moment gameplay ie, the actions that the player will be doing to progress the game along and how will this be entertaining to the player?

The primary loop may be simple or just a conveyance for any secondary and tertiary gameplay loops that comprise the meat of your game, but you still need to establish what that primary loop is.
For example:
In ‘generic-RPG’ you control an avatar of the main character on both an overworld map and in set dungeon levels, and can interact with other characters and elements. Random battle encounters (a secondary system) can occur in designated overworld areas as well as within dungeon levels.

Once you have more of that basic outline, this can comprise the backbone of your design spec. Useful for all those working on the project since they are the ones who need to be aware of the nuts and bolts of the design, free from the distraction of any window dressing.

I do have an idea for the “first chapter” of sorts, where after the first dungeon is effectively “conquered” by doing the same tasks repeatedly to recover enough (acquiring food and returning them to the lamia in question - much like in Adventure Chef and is healed enough to move), she will take your character out of the cave and into the overworld, where you are met with an endless, foggy swampland.

At that point, it’s pure exploration with battles mixed into it. The nearby village proffers quests to gain the trust of several lamia who will accompany you throughout the rest of the chapter, as well as perhaps various fluff that doesn’t lead anywhere concrete and is just for some additional fun - but doing it all provides small permanent increases to stats and perhaps some additional fighting moves, to smooth along the fights a little bit.

I suppose, if I’m understanding this right, the loops are like this:

It sounds kind of stupid in hindsight, now that you’ve got me thinking on certain things and outlining it.

I’ve made some concept art! It’s viewable in the main post! 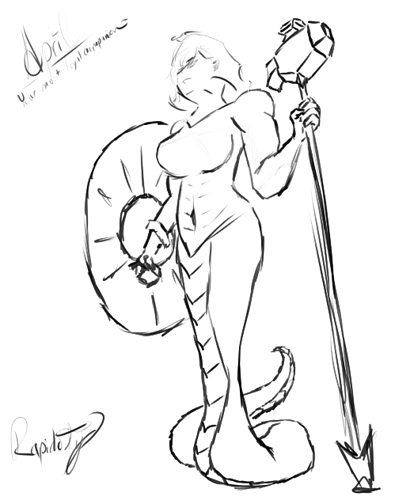 It sounds absolutely beutiful. I cant wait for hte game!

Didn’t even vote, but it went my way! Hahahahaha! Green Slime Queen Hivemind!

Lmao, I’m glad you got what you wanted!