Lets gooo! Hype to do a play through from the start. But like TheLoller said, I keep getting an error about the type1.ogg sound file. Saw that the file does not exist in the folder so wondering if you forgot to include it or mistyped the correct file to be played in the game. Hope this is a quick fix.

Yep, figured it out! So sorry about that, I added in a new thingy where it plays sounds when text types out (a la Ace Attorney) and apparently because the audio file was only used in a plugin, the game didn’t include it when it was exporting. Whoops! Luckily, the download link should be up and working for version 2.3 now!

I got a bunch of errors on the game…

If I start a new one, I get a bug just at the first combat: 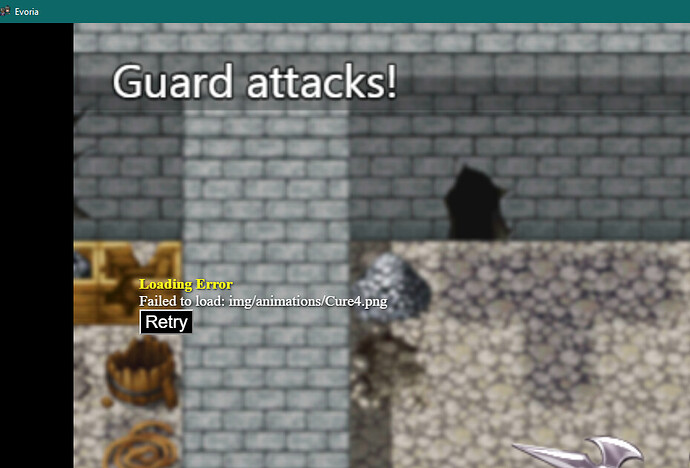 And if I load my last save, I get this one if I interact with the chest: 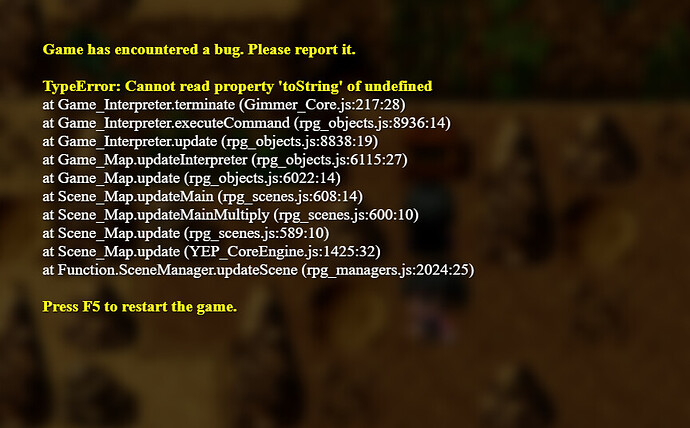 And this one if I skip it and go right to the exit: 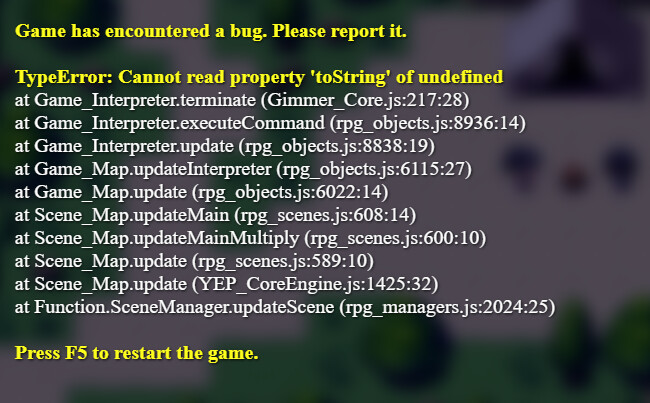 Felt like maybe it’s my fault for overwriting the new files over the old game folder, so I extracted to a new one, and moved the save folder. Game still bugged at the first fight, and I this time I couldn’t load the files: 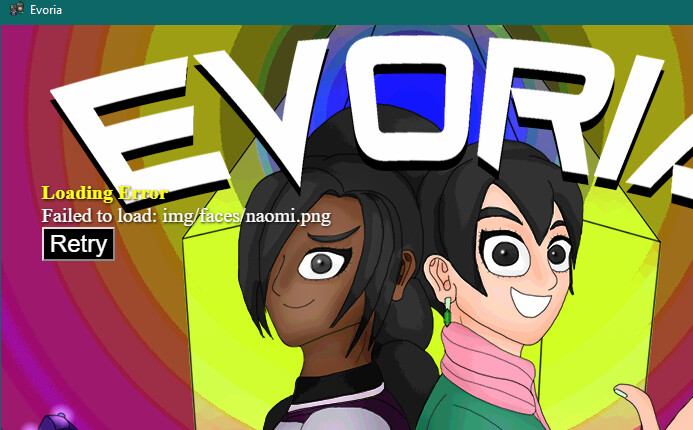 Whoops, sorry about that!! It looks like some of the plugins I added in were fighting with each other haha. I updated the download link and it should all function correctly this time!! Third time’s the charm haha!

Yep, seems like it’s working now
Thanks for the quick fix!

No problem!! Sorry it took a while for everything to get off the ground!!

What a man! Appreciate the quick fixes, speaks both to your character and ability to solve problems. Looking forward to playing now!

Can confirm that everything is working flawlessly, minus that cliffhanger just after Reene gets in the boat that doesn’t lets us continue with the story…

but besides that, all good!

Glad to see SeaBea on the project, really enjoyed replaying again the first episodes to see the new art!

great update! i said it before and ill say it again, i really like your setups and descriptions. huge fan of object swallowing and there’s not nearly enough out there- keep it up!

the characters interactions feel more natural in this update, and that’s big. keep improving at this pace and this project could be something really special. next update can’t come soon enough!

Found this while looking under the tags for some more vore related games but also handle stuffing as well and tbh with you this gif fits my reactions perfectly:

looking forward to the fun this game has come in the future. Don’t work yourself too hard as well!

Thank you so much!! I’m really glad you enjoyed it, Chapter 2 was a lot more complicated but also way more fun to work on party because I got to do cooler stuff with the characters and also because working with SeaBea was super enjoyable in general!! Thanks again for playing!!!

P.S.- I toootttally agree with you on object swallowing, it’s super underrated!!

Just finished playing the current game. MAN 10/10 game right now and it’ll only go up further than that! love the characters a ton (pun intend), love the fighting A LOT makes it really enjoyable, the scenario is growing and I’m liking where it’s going, and the story handles extremely well too with pacing where nothing feels dragged out at all!

AFter playing this finally, I would be down for long breaks with updates on progress so we can play maybe 2-3 chapters tbh over releasing a chapter then wait until that chapter tbh!

Your team has one bloody fun of a game in the making and can’t wait! Also, the art is improving bit by bit btw! gotta love hands huh hehe.

Edit: OH, btw, idk if just me but I do like Renee and Archie a bit tbh. Those two seem close due to him making the galuent and her showing it off to people interested~ PLUS, I love Naomi being a bit more free compared to other RPG voracious gals tbh! It feels fun that it’s more the character doing their own attempt to self-control their hunger and awakening other people too.

Thank you so much!!! I’m really glad you enjoyed playing!!! The game has been a lot of fun to work on, so I’m glad you’re having fun playing it too!

As far as pacing goes out with these chapters, I am probably still gonna keep releasing them one at a time mainly because I don’t wanna bog myself and SeaBea down with too much stuff all at once, but also so you guys won’t have to wait, like, half a year for new content!

Also, love your ideas about Renee and Archie and stuff! I just kinda love seeing what people think of all the characters in general, so it’s fun when I hear different interpretations of the characters!! I kinda have a vague idea of where these characters will go and how they will develop, but honestly, sometimes someone’ll come up with a really cool theory that’s waaay better than what I’ve got planned and I’ll just kind of adopt it into the game haha.

Anyways, thanks again for playing!!!

How many chapters are there going to be in the game?

Hello there. I am currently stuck on the underground party level and I can’t figure out how to get the music torch. I am probably just stupid, but still i require a bit assistance please

Talk to the singer at the center of the stage to get the music touch.

Honestly, I’m not 100% sure! SeaBea and I have (veeerrry loosely) planned out up until Chapter 10 or so, but there’s probably still more than that to come!

Okay, so it’s almost like the Coven Oh Calahree, but with more chapters along the way.

Good fun so far. I look forward to the next instalment.