Hello! I’m super pleased with how much people have been seeming to like my game Smasher and the Will o’ the Thiccs! It was super fun to make and I put a lot of effort in making it as presentable and fun as possible in the period of the game jam. I was also not expecting the amount of positive feedback it has received.

I did want to briefly discuss what my plans were on continuing the game after the jam.

First and foremost, I plan to make the game significantly longer, adding an additional 4-6 levels, and refine the levels that are already in the game.

I would also like to make different, alternate goals for each level, that are not based on number of shots and are instead objective based, like breaking objects, or performing certain actions.

Also I intend to introduce more gimmicks into each of these levels to make them more unique, and overall just general refinement with all aspects of the game.

I will also make a more optimized Android version (One does exist for this build, but it’s generally a bit laggy and the camera tends to be a bit jittery) 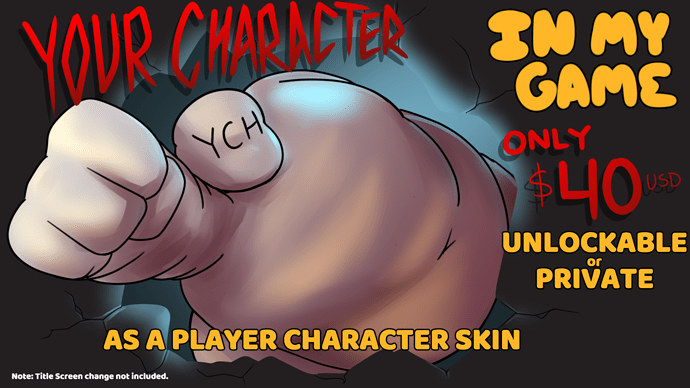 And now for what a lot of people are probably here for, discussing the possibility of getting your character put into the game.

Right now (and continuing until I get the game to a more finished state, I’m offering a YCH to get your character into the game as a player skin.

The cost is $40, and you can choose to have your character unlockable to everyone through normal means in the game, or available exclusively through a password (and thus playable only by someone who has the password)

All buyers will be provided with a code to unlock their character immediately regardless of their choice of public or private.

Unfortunately to some of you, my skills with drawing humans are not quite acceptable to me, and so I will only be doing Anthro/Furry characters. Either gender is fine, as well as wings, etc.

To get one, just fill out the form in the link below: 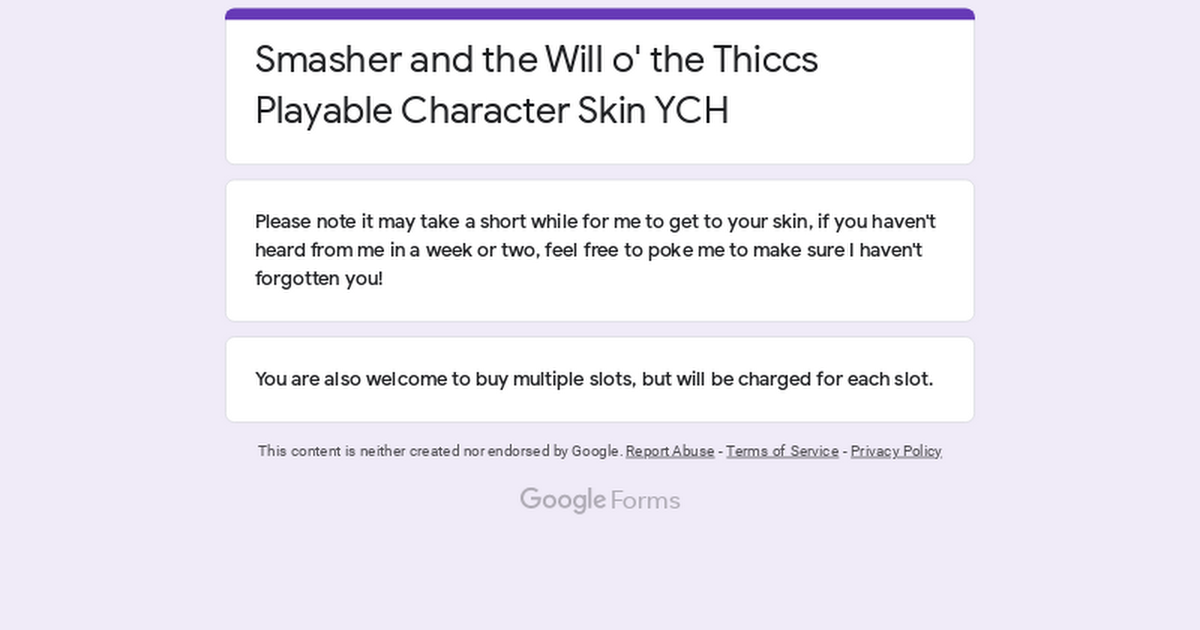 Smasher and the Will o' the Thiccs Playable Character Skin YCH

Also in general, I’ve loved hearing all of your thoughts and ideas for the game, I’m always looking for more, though I might not always follow every suggestion, of course.

I think this is a great idea

Not drawing humans cause it’s not acceptable to you.

I will say it here, cause I am an idiot. This game is a treat. A fun little golf game that rewards with critical thinking. The fact you end up gettin’ absolutely huge towards the end is just a cherry ontop of the cake.

Would humans with animal masks be okay for you to draw?

One slight bug I noticed in the latest version, however, and that is all the skins now have a rapid blinking cycle. This wasn’t present in the last version so something must have shaken loose ^^;

Where does one find the latest update?

Many thanks, my friend!

Sorry for not like, posting it here, it was sort of intended as a beta build cause there’s not much new if you don’t have skin codes

I want to apologize for lack of updates, and that’s just because there’s been a lack of progress.

I most certainly expect to make an expanded version of this game, I’ve just been so ridiculously busy with schoolwork (Grad school, woo)