(The game will move to a new thread shortly, please consider the info in this post very outdated ~2 years old)

For latest updates, please check the latest posts by scrolling to the bottom instead

Hi guys, I have received numerous question regarding the status of Portal Stuffing. I have been spending whatever time I have left to develop the visual novel version of PS, and everything is going well, if not a bit slow. Due to the interactive and dynamic nature, I have to code the VN stuff (dialogues, character display, interactions, interface) from the ground up in Game Maker Studio, rather than using Renpy.

The gameworld will be a set of locations (dorm, different classrooms, store, …). Characters will appear in the respective location based on their given schedule. You just need to go to the location and click on the character to show the menu (talk, observe, interact)

Right now, I have gotten the hard stuff out of the way (dialogue system, dynamic display of character weight stages + expressions). The only major mechanics left are map navigation, character interaction screen (allowing players to fill targets with food or other stuff).

Here’s a quick test of the dialogue system, character expressions and fat stages rendering. These are the hardest part that I managed to kinda finished.

Anna330×714 81.7 KB
First character, Anna. She will be the player’s roommate. She’s shy, hardworking, but very pressured by her family to maintain good grades. She’ll often have nightmares that wakes the player up in the middle of the night, and the player can either stuff her with food so she’ll sleep soundly, or just wear ear plugs. 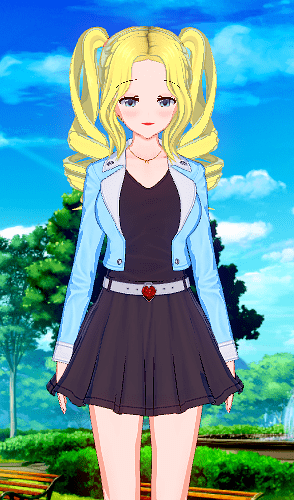 Vairy294×682 267 KB
For now she’ll be the typical bully. There’ll be many annoying events where she corners the player and mess with her. The player can choose to be bullied, or other actions (using portals creatively

, like dropping laxatives down her stomach, pumping her backside with air and let her fart uncontrolably…) 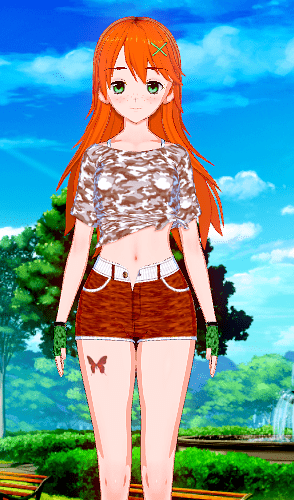 A very mischievous, flirty, and active girl. She came on strong to the player at the start, but then the player will notice that she flirts with everyone. Deep down she’s very lonely (kind of abandoned by family) and is looking for attention.

The player can go to interactive mode with any girl from the interact option that pops up when they click on the girl. The mode allow access to items in backpack, and options for using them, just like in the text version of portal stuffing.

I know that many are looking forward to try the game, but do give me at least a few weeks or so to put together a working prototype. I have been, and still is very busy with life, but portal stuffing is my passion and I’ll try my best to finish it. Also please don’t necro my thread asking when is the next update, the mods really don’t like that.

oh wow i legit didn’t even realize you were planning to add visuals to the game dang dude you out here exceeding expectations. good luck with everything mate

looks promising, I hope the demo is soon

Yay! I really liked the concept of this game, I’m super glad to see its development progressing!

great i hope the demo is out soon looks promising

Looks like you’re using V-Katsu for the models? Interesting choice!

I’ve been looking for such a game for a long time and I have not found it!

will it also be an app?

will it also be an app?

Like all of my other HTML5 games, they’re both playable on computers and phones

I’m sure I’ll feed up to blops:Hamburger: 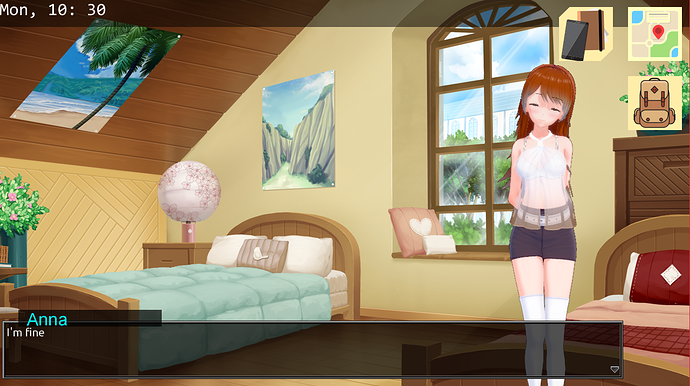 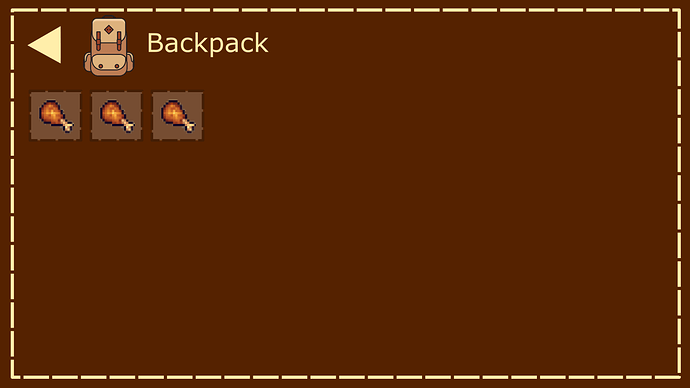 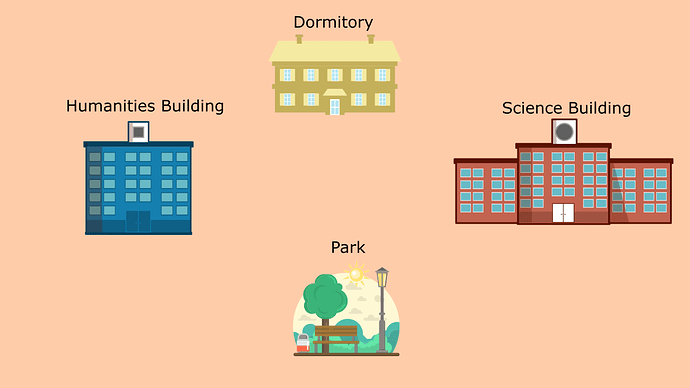 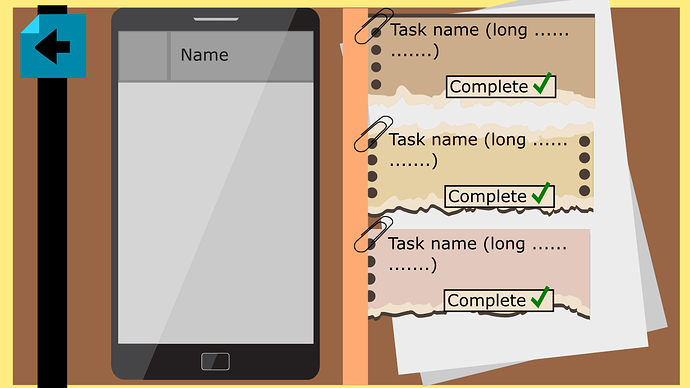 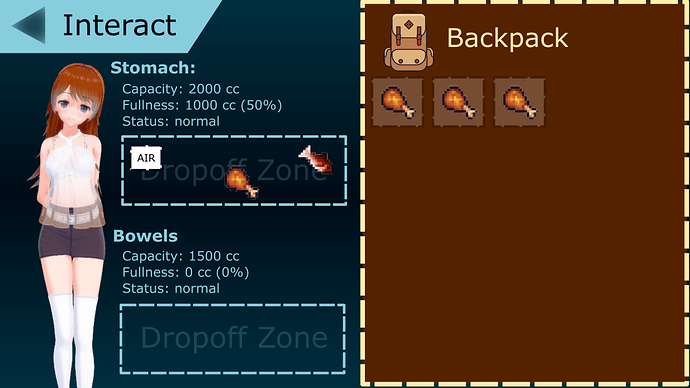 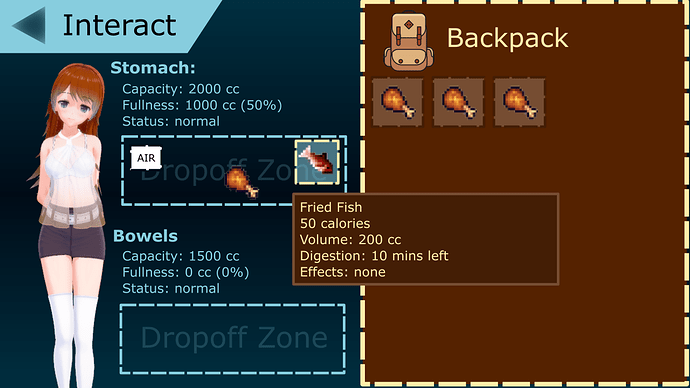 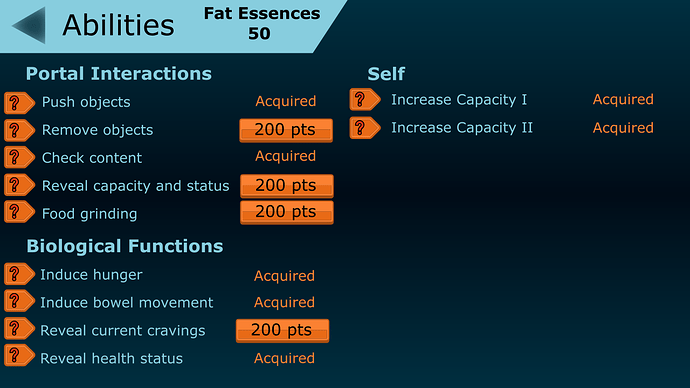 The game won’t be playable unless the player unlocks the core abilities first. The first ability, pushing foods into others stomachs won’t be unlocked until the player gets some Fat Essence(FE) points. These points are gained from actions that lead to weight gain. And the first task for the player is to stuff herself up to gain some FE to unlock the first ability.

Other abilities are also crucial to the game and avoiding bad ends:

Note that information regarding capacity, fullness, statuses needs to be unlocked through abilities screen first, or else they’ll show up as N/A

Foods can be dropped off in the drop off zone. (Note that without ability to see stomach content, you won’t be able to know how full the stomach is). Tools such as air pump and syringes can be used by simply dragging them over the dropzone like normal foods.

Some objects can interact with each other or have effects (coke + mentos, spicy chillis, laxatives, …)

There are many many bad ends the player could encounter. Almost every NPC has a bad end. A bad end is when the NPC is no longer within the play area (for example, dropping out of school from bad health, too low grades, or mentally unstable). The player can prevent these bad ends by knowing more about the NPC and try to help them, or forcefully induce the bad ends (ex: lowering their reputation and sanity by forcing them to fart in class…)

Some NPCs should not be forcefully stuffed with food due to some reasons substance abuse, eating disorder, cardiac problems, … And the player needs to address their issues before fattening them up to prevent bad ends.

Abilities are crucial for this, ability that reveals health or sanity info will prevent the player from breaking the target’s will or sanity or harming their health through portal stuffing.

Ability that reveal stomach content can prevent overstuffing (making them throw up and reducing health, sanity)

However, its not like you’ll be completely blind without the necessary abilities. You can find more about the NPC’s status (physical and mental health, grades) by simply asking them through dialogue. But that also requires a close relationship, and is not a clear indicator since people can lie.

Overall, I made a lot of progress, but the prototype is still far from playable.

it looks awesome i cant wait to play it

Oh~ THIS sounds fun!
Wait! We can stuff OURSELVES!? Do WE have any portraits and fat levels?
And, Man… we could really be evil here… too bad it wouldn’t pay off if our victim badends, and we can’t even see the aftermath.

I am so excited for this project! Just about everything is above and beyond my expectations, i so dearly wish to play it soon! Will it be on itch-io?

One question about the bowels, what exactly will that entail?

EDIT: Another thing, a suggestion. Either A. Have it be explained clear as day that self stuffing gets points, or B. Simply give the player the push ability from the start as a free power.

Will it be on itch-io?

about the bowels, what exactly will that entail?

You can put stuff in there just like the stomach, but food will be wasted since it can’t be digested (they’ll just poop the stuff out lol). You can, for example, pump air into them and force them to fart in public places, lowering their sanity and forcing them to leave, or pump coca cola in, and drop a mentos,…

Possible idea then, what about an item that prevents them from emptying out on the toilet, but causes relatively large health and sanity losses? (Mainly since if you’re bloated as can be but can’t seem to empty out, then it’ll be frustrating at least) Pros are quicker gaining, plus potential for images of the characters REALLY bloated up, cons are that if your not careful, they’ll have a bad end.

That would be an ability to cause a blockage and preventing them from expelling. Realistically, that would send their entire digestive system into shock and they’d experience food-poisoning symptoms. I’m not exactly comfortable with the idea, I may experiment with the mechanic when I finish the core parts of the prototype.

When can we play it? 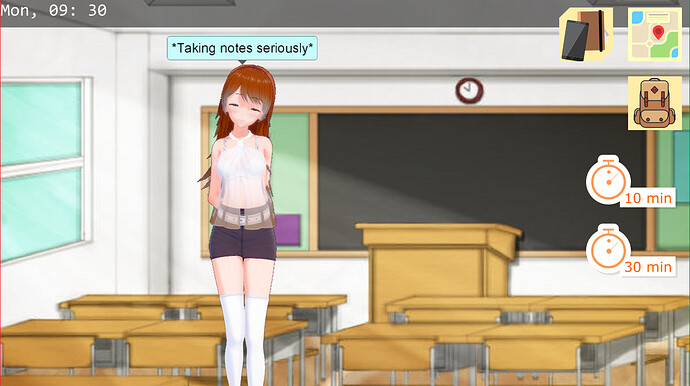 Getting her number and texting her to ask where she is

where can i play it? or is it not done yet