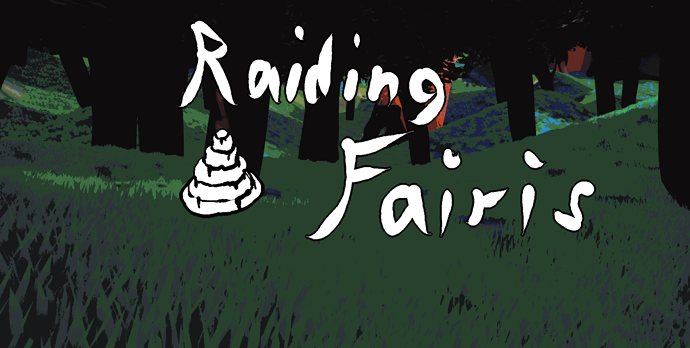 Play as the Fairy Queen in an exiting (somewhat) adventure (not really), where your main challange will be to avoid destruction! But worry not, you will not disappear so easily, your subjects however …

Are you ready to earn as much gold as you can? 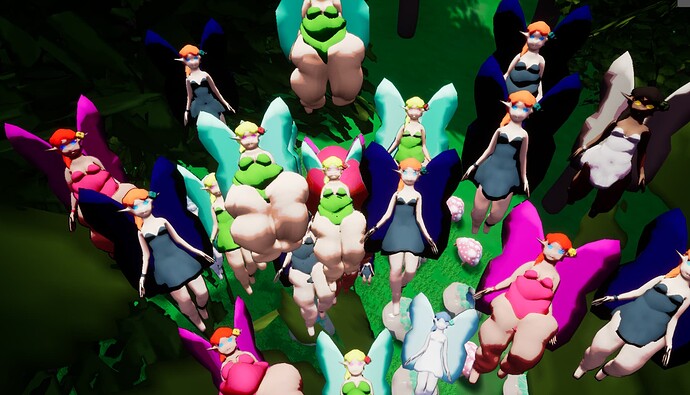 Then please join them~

An interesting game, however, I have ran into an issue where my fairies shoved me into the tree by the upgrade area, and I couldn’t get out 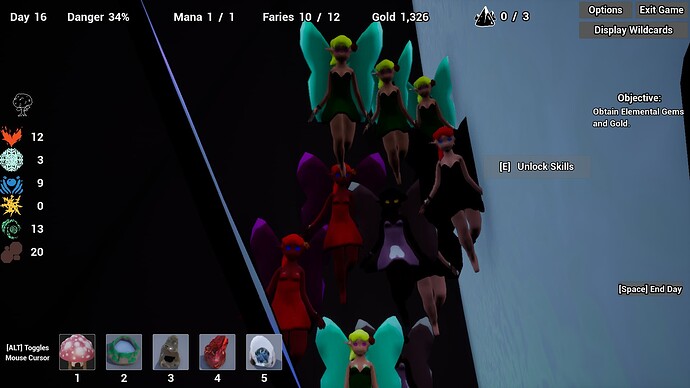 I immediately clipped into the upgrade tree and got trapped, lol

The controls are SO floaty, it’s really annoying. There’s no reason for the fairy to just keep floating forward almost nonstop after you let go of the movement button.

Sorry for starting with things like this, I’m still playing, and they’re just issues that were immediately apparent.

That game is frustrating AF.
Camera rotation is awful, movement is awful, the controls are awful. 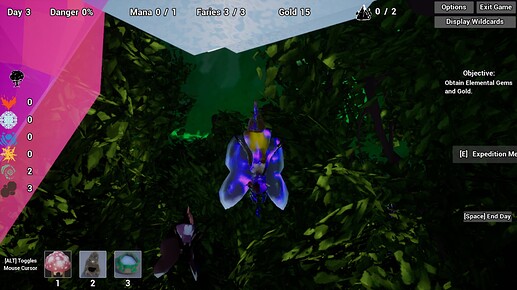 I two times could not begin the game because I was clipped into the damn tree.

Day skipping is annoying: I always accidentally smash space button when I want to fly up, but instead of that I get forced to wait for 5 seconds until the day changes. The game doesn’t even ask you if you want to skip a day.

And how I need to make progress when the third expedition requires an ice fairy, but previous expeditions do not give ice gems?

It maybe had a good idea, but EXECUTION IS TERRIBLE.

@Korota @casualbob12 Fixed that. The tree mesh had an inverted face, allowing you to enter but not leave. That is impossible now. I also added a button/key to allow you to teleport back to the balcony.

@Goof_Sosiska You don’t fly up using space though? If you are upside-down, move your mouse a bit faster to flip back. Too fast turning can somehow override the safe-zone and reverse the desired rotation.
Expeditions are not numbered, there are four in total. The town can give two, do that if you do not have it yet.

I am quite confused on how to unlock the last location, I just spent an entire run sending a party to the village as often as I could and I would only unlock the bakery. Is there some combination of fairies I need to unlock it??

The random chance of unlocking area mechanics is pretty annoying, expecially when it just DOESN’T happen no matter how many times I send an expedition. Areas should really just stay unlocked in New Game + after you found them once.

After lost of trial and error, I have made it to the last area and so I have some notes on the flow and feel of the game.
I really like this game, I really like the premise and the execution, but I do believe it could do with some polish. I get why there would theoretically be requirements for what fairies you need to go to each area, but I feel with enough exploration in those areas, you might be able to waive this requirement. I mostly bring that up since, from what I can tell, you can only grind lighting gems with one lightning fairy in the final area, which leads to getting usually one or two gems per expedition. An alternative to removing the requirement would be to have gems be accessible anywhere, but you could tweak their odds of being smaller in easier area. That at least would still give a better chance to get them with sheer numbers that the final area. I do not mind the controls at all personally, but they are rather floaty. I agree with korota in that areas should stay unlocked once you have found them once, if that makes it too easy though, an alternative could be that every time you find that area, it makes the odds of finding it easier every subsequent time.
Overall, I really like this game, I just don’t like grinding too much and the grinding I have to do is very slow compared to other areas of the game.

Edit: I forgot to mention, but I am also not experiencing any events in the last area.

Im a bit dissapointed that the gameplay loop is a bit ‘de-synched’ it sort of gears you to think that getting ‘mana’ upgrades is an end goal when really it only seems to let you place 1+ more structure a day. But the days arent limited and the end game is completely determined by the player. It also seems to penalize you for expanding your little minions by giving more danger percentage which inevitably ends a run.

Another minor gripe, though having the fairys unlocked with ng+ is nice not having the areas means a bit of a grind and climb in danger percentage

But despite that it was a very nice game that sucked me in for a couple hours! I really loved the models and the placement of buildings (though finicky) has some nice potential in building a neat little valley! Thanks for submitting and good luck on the jam!

I really enjoyed this game! I ran into some of the same issues other players had but I still liked what I experienced. The models are nice and the way the fairies get bigger is cute.

The biggest improvement the game needs I feel is better rates for unlocking later areas, I had a lot of trouble grinding the lightning elementals because I couldn’t unlock the final area. It took a few new games to get to the point where I could unlock and then run it. Beyond that a better way to earn the rarer elementals so the unlocks are easier to obtain.

My selfish request is a way to mute/disable only the burping audio, maybe in the form of different volume sliders for different audio types.

Overall, this may be my favorite game in the jam. I think you did a really good job and I look forward to seeing more if you choose to update this further or do another project in the future!

Is there anywhere the Danger decrease from cuteness can happen other than the fountain event in the little town?

Not that I have seen, but I found that if you send a party with as many water fairies as possible, the events tend to at least balance out if not lose danger from them. I was in the negatives at one point. I didn’t test it, but it might also be best to only send skinnier fairies for that purpose.

iv ran threw the game edleast. 10 or more times i cant get a single lightning gem. at alll… cause it dosent give me the area. no more the only time i had it wus the first run. and the moment i did they broke the barrior. so idk what to do… its honestly getting quite agervateing. .-. cause i cant upgrade at all cause agin no lightning gems. so im stuck in a game looop if anything?

would the possibility to just rebind things in the options work?

also the game could honestly use a break function, like to stop you from moving

Thank you so much everyone for your comments and your feedback!
I did my best to implement it.

Additional Notes: You might need to set the audio values again.

Received Gems are not dependant on the fairies you send by the way.

Much better now, but still have some issues with camera and fairy tilt.

Could you describe them? Is it still the same, that your perspective gets inverted, or is it something else? Would a recenter camera and rotation button/key help?

Sometimes the camera does not turn that way I want. Cursor wasn’t toggled, but for some reason the cursor blinking in the corner of the screen.

About fairy’s tilt, it mostly just feels uncomfortable. It would be better if fairy could rotate only around one axis. And it would be great if flying had the same controls as in Minecraft creative.

Also, is there any expeditions here that requires electric fairies?

If the rotation could not go up or down, then you couldn’t fly in that direction though? I deliberatly picked this kind of control scheme since that’s how flying works, just going up or down would be closer to a helicopter, not something with wings, I think.

There are currently no expeditions requiring lightning fairies.