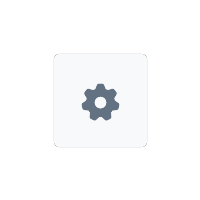 EDIT: Fixed the arrow keys so they actually go the direction they’re supposed to now.

Short, sweet, to the point. I’s only got three levels. I’m sort of using this to try out some ideas for another game I’m working on so I hope you enjoy~

That’s not bad at all! It’s simple, it works and it’s a bit polished. At the end when you are full there should be some kind of splashscreen to get a little “reward” when finishing in my opinion.

But it works and it works as intended. That’s a potentionel winner for me!

This is amazing! I love how you get a little teaser in the form of the growing belling before he actually gains the weight.

Very well made. Art style is cute, game is simple but fun, the deer gets up to a great size, and overall it’s just a simple but enjoyable game! I do have a couple notes on it tho

That’s all I can think of for negatives tho and they’re hardly deal breakers. Good job!

Thank you!!! Im so glad you enjoyed!!! I actually did intend for a splash screen at the end but I just don’t have time. I’ll see if it’s possible before the end of the contest, but I don’t think I could.

I did have a lot of issues with the music. Im not a sound person really ^-^; And actually there is three belly sounds , but, I think one of them gets super drowned out. If I have time I’ll look into it.

I noticed the same thing when i was playing it earlier. Thought I was hitting the wrong keys due to the poor lighting in the room.

Oh shoot I know exactly what I did. I should be able to fix that tonight~

I know everyone’s mentioned the splash screen, so I’ll mention a different thing!

I love this, and its REALLLY fun!! Though, I guess the background could be a bit different? Just, is a blank white space, kinda lose track of where I am.

That and for some reason, the belly didn’t grow until the bar was about 60-70% full, unless you meant for that!

Other than those two things, I Loooooove this idea! And I really wonder how you made it…

The utter disappointment as you realize you can’t break the reindeer out of that constricting belt.

good quality, you have top notch sprites as usual ’ 3’

this is just delightful really. thanks for this one!

This is absolutely adorable!

The prospect of this just being a testing ground for a larger project really gets my engine stoked, because this game is a treat.

It’s easy to pick up and play, and the sprite work continues to be superb. That, and the sound work really emphasizes the stuffage and bloatage. It gives me LIFE.

Honestly, the only thing I would recommend is the option between a male or female deer (asking for a friend), and that’s frankly the worst nitpick one could have.

A very simple but fun collect the items game. Some great art assets, fairly tight controls, and good pacing made it fun to play. I feel there was a a huge missed opportunity though with the weight gain mechanic as nothing interesting was really done with it.

Very simple but enjoyable game. Art assets were excellent and animation was very good. The only (nitpicky) complaint was the overall simplicity of the concept and the gameplay itself being very straight forward.

I really love how big you can get. Absurd sizes are such fun. I’m also really impressed with how different the artstyle is to your other game. I wish there was another size after the last one though haha.