Stardew Fatty? On Weight Gaming??
Well well well, I’d bet none of you were expecting this, huh?
Stardew Fatty is a name that many of you have probably known for a while, but only now have we on the discord server decided to make an official post here on the forums!
First of all: The mods I link in this post are only examples of what we have on the discord. If you want to see the full extent of mods, you will have to join the server! This isn’t because I want to force you to join, but because putting up all the mods here seems like a pointless endevour to me since they are all already easy to access on the server anyway.
So if you liked the mods shown here, you should really go ahead and join the Stardew Fatty server!

What sort of content can you expect to see?
Allow me to show you. What we’re currently working on aren’t just simple replacers for the sprites and portraits, but instead proper weight gain progressions for most girls! 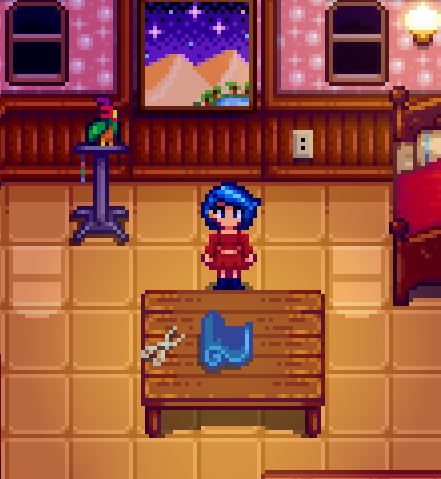 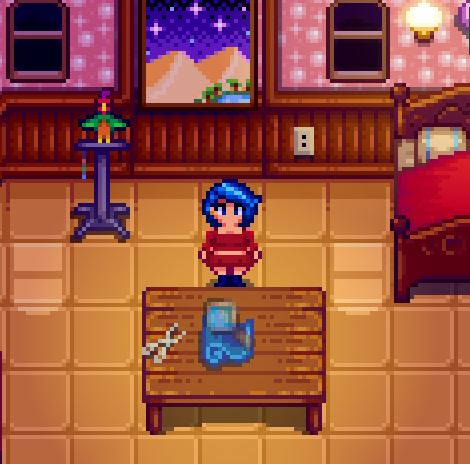 Here is one of our newer mods: Never-empty Emily! It is definitely a more subtle gain compared to other mods on the server, more something for people who prefer smaller sizes and a weakness for feeders… 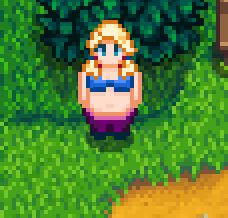 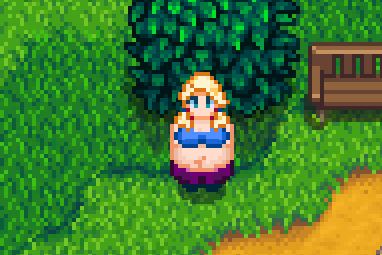 But we haven’t forgotten about people who like their girls a bit…bigger either! Take the newest mod called “Hedonism in a Narcissist Haley” as an example: Haley starts large and only gets larger as you get to know her better. 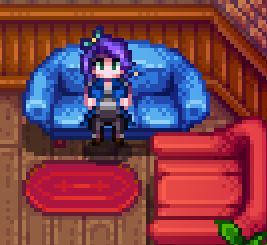 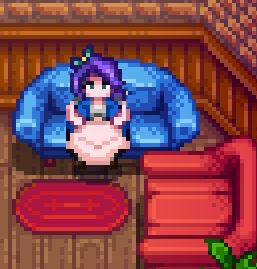 And if prefer a small start with a big finish, you may be interested in one of the older mods, simply known as the Abigail Weight gain mod (Not the most creative name, but the content makes up for it I promise).

So, do these mods just change the sprite as you progress through the relationship? They do, but they also bring with them changes portraits and dialogues dependant on how fat the girl is!

Emily 10 heart reaction1239×414 70 KB
Note: The two pictures above are from the same day in the game, the only difference is heart level!

There are roughly 1000 lines of unique dialogue per mod, that’s more than any character had in the base game!

And yes, it also works during events! 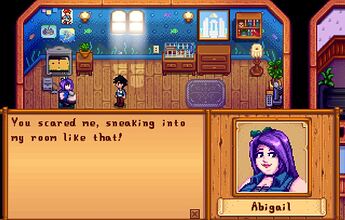 What are the plans for the future aka why should you keep up to date on this?
I’m not going to spoil too much, but we have plans of adapting all the bacholerettes (and maybe even some more people) into mods as well as adding in a way to make your favorite characters even bigger! In short, there are big things in the works, things that you’ll probably only get to see over on the discord server linked above! So yeah, you should probably consider joining and hanging about for a bit.

Now then, here are the three mods used in the screenshots! Remember, there are other mods over on the server in case you are looking for your favorite girl!

I hope you enjoy all three and decide to pay us a visit for future content!

Oh wow I didn’t know that actual weight gain mods existed - I thought there was only static ones! Quick question, are these currently compatible with the new 1.5 update? I know quite a few mods got broken in the update so I’m just curious if these did as well.

I haven’t tried yet, just reinstalled the game, but as far as I’m hearing, the only issue is that the new update adds beach events and sprites, and those aren’t added to the mods yet.

As omegaseph said, the mods themselves work without issue, but we haven’t added the new beachwear sprites and dialogues in yet seeing as the update is so new

I think I’ll wait until things are a bit further ahead, but this is some interesting stuff.

Well to be fair there are mods for every bachelorette already on the server, they just don’t include the beach stuff yet. If you plan on waiting for the new line of mods planned then it may be a while but not that terribly long

Well I do want to make sure everything is up to date and bug free, just to be safe.

Ohh these look amazing! I will definitely join the Discord and watch its progress. Also, quick question. There wouldn’t be a possibility of being edited portraits for the weight gain for the anime portrait mod, would there? (For example, anime Abigail’s portrait having weight stages) This mod to be exact:stardewvalley anime mods at Stardew Valley Nexus - Mods and community

Oh, the portraits can definitely be edited, but it would probably be like a small standalone addon for people who prefer these. I talked to one of the artists on the project and he said he’d look into editing them though it may be a tiny bit before he has anything done since the portraits are pretty complex compares to the normal ones.

There’s a full picture step by step guide currently in the works and should be up on the server not too long from now, I’ll announce it once it’s out

Aw SICK! I wonder how Leah looks…
oof though… This… or Oppai Valley…

Alright everyone, a complete guide for installing these and all other mods on the server can now be found in the #installation channel over on the discord.

I would love to see the farmer and the guys to be added. thank you for the mod.

The link to the discord is in the 1st post. There are more mods within the mod pickup section. Anything from sprites to dialogue mods. Currently there are a few bachelors weight gain mods. There are mods that are currently in the works by teams there only issue is they are always limited on the amount of help available to them.

They also have a place for mod suggestions and the like, but really everything comes down to man power they are always looking for extra help from what I have seen.

I’ve taken a look I see lot of girls and a female sebastian and the only guy who is done is alex. not a lot of guys. but thanks for the link.

Stardew Fatty and it’s accompanying mods have migrated to a brand new Discord Server found here! Stardew Fatty and it’s accompanying mods transforms the bachelors and bachelorettes of the Stardew Valley video game into chub loving gluttons which you can feed, fatten up, and fall in love with. Not only that, but almost every interactable character has unique spirits that continuously get fatter as you interact and “feed” them! Hi! My name is Himmy! I’m the creator of the newest Stardew Fatty …

Hello! <3 We’ve gone ahead and created a new official forum post for Stardew Fatty! Thank you all for any support!