"The Fattener" a Sims 4 mod

Alright, so basically I created a trait called “The Fattener”. Now if you’re wondering what this trait does, it quickly but gradually fattens up any sims within a small distance of you. So basically you’re gonna fatten up all of the sims world while you remain the skinny one (if you so choose). If there is an NPC near you who has the trait, you will recieve a buff that makes you very uncomfortable with the descriptions “this sim is getting fat”. I don’t know why I made this mod but I wanted to see if any of you want something like this to play around with, I am planning on creating more fat related mods in the future, so if you have ideas feel free to share

(It only lets me upload one image) 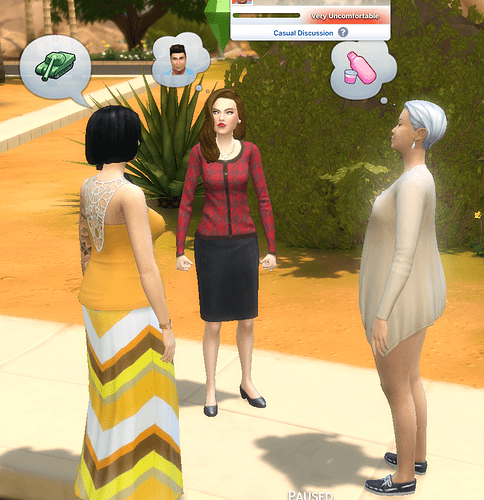 As I previously mentioned, I was a buffoon who accidentally deleted all my mods. A good samaritan by the name of @thatweirdfatguy was kind enough to send me a zip file containing all of my mods (aside from the female only version of the gain). I am well aware that some of these mods won’t work like they once did, but I am no longer doing any sort of updates or new mods. I am just living the zip file here in this post so people can always enjoy my mods provided they withstand the test of sims 4 u…

Side note, this does work with any mods that increase how fat sims can get, so you might wanna be careful because sims WILL get massive

Double side note, sims only gain when they are uncomfortable so they won’t always be gaining. If you want a version where they gain every time they are in contact, lmk

EDIT: I made a discord server, I would love if some people could join so I could get some help with getting suggestions and testing some of my mods (which I do have 1 or 2 unreleased mods)

Also, if anybody likes this I will probably release several different versions that operate at different speeds and distances.

This is good. Maybe create a trait that makes a sim actually get bonus from being fattened?

Not a bad idea, I really just wanted to see if anyone cared for the concept of this mod before I decide to develop further. I appreciate the feedback!

Maybe make a moodlet similar to the “stuffed” trait from the Sims 3, and have it daze your Sim?

would definitely love to see more mods like this!

I’ve been working on a fattening virus, and instead of making them uncomfortable I had it set so they get dazed

Is there a version of this without the level ten uncomfortable? It’s making it hard for my demon sim to converse with people lol

Double side note, sims only gain when they are uncomfortable so they won’t always be gaining. If you want a version where they gain every time they are in contact, lmk

I support the version for every time in contact. XD Awesome idea, love this!

It’d be neat to be able to toggle which gender is affected, e.g. I would love to be able to have my Sim fatten up just the men in their proximity.

I’ve also created new saves where none of my own created Sims have this trait, but they meet some random NPC who’s got it! Haha! One of my Sims just recently went to the Flea Market with a group of people and I think the busker there had that trait, cuz everytime my Sim interacted with him his mood changed to “Very Uncomfortable” and he got “The Fattener” moodlet. People were slowly expanding all over the place and by the end of the event, many of them were a lot bigger than when they arrived… hehe